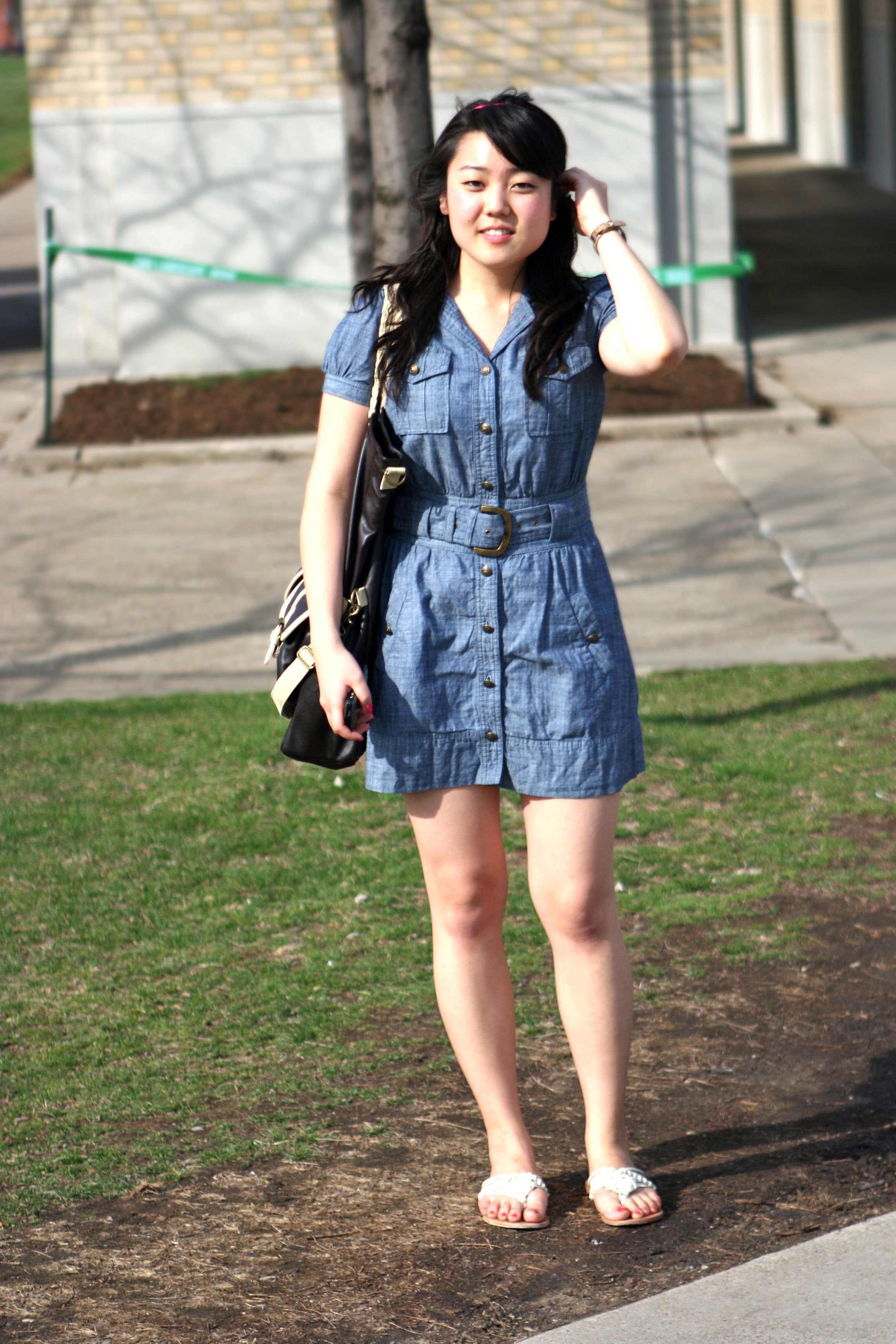 Ra flaunts her denim shirt dress and accessorizes with a trendy pair of sandals. (credit: Courtesy of Eddie Wong)

Ra flaunts her denim shirt dress and accessorizes with a trendy pair of sandals. (credit: Courtesy of Eddie Wong)

Sochol dresses for the weather in a light blouse and uses Tibi sandals to contrast her feminine look. (credit: Courtesy of Eddie Wong) 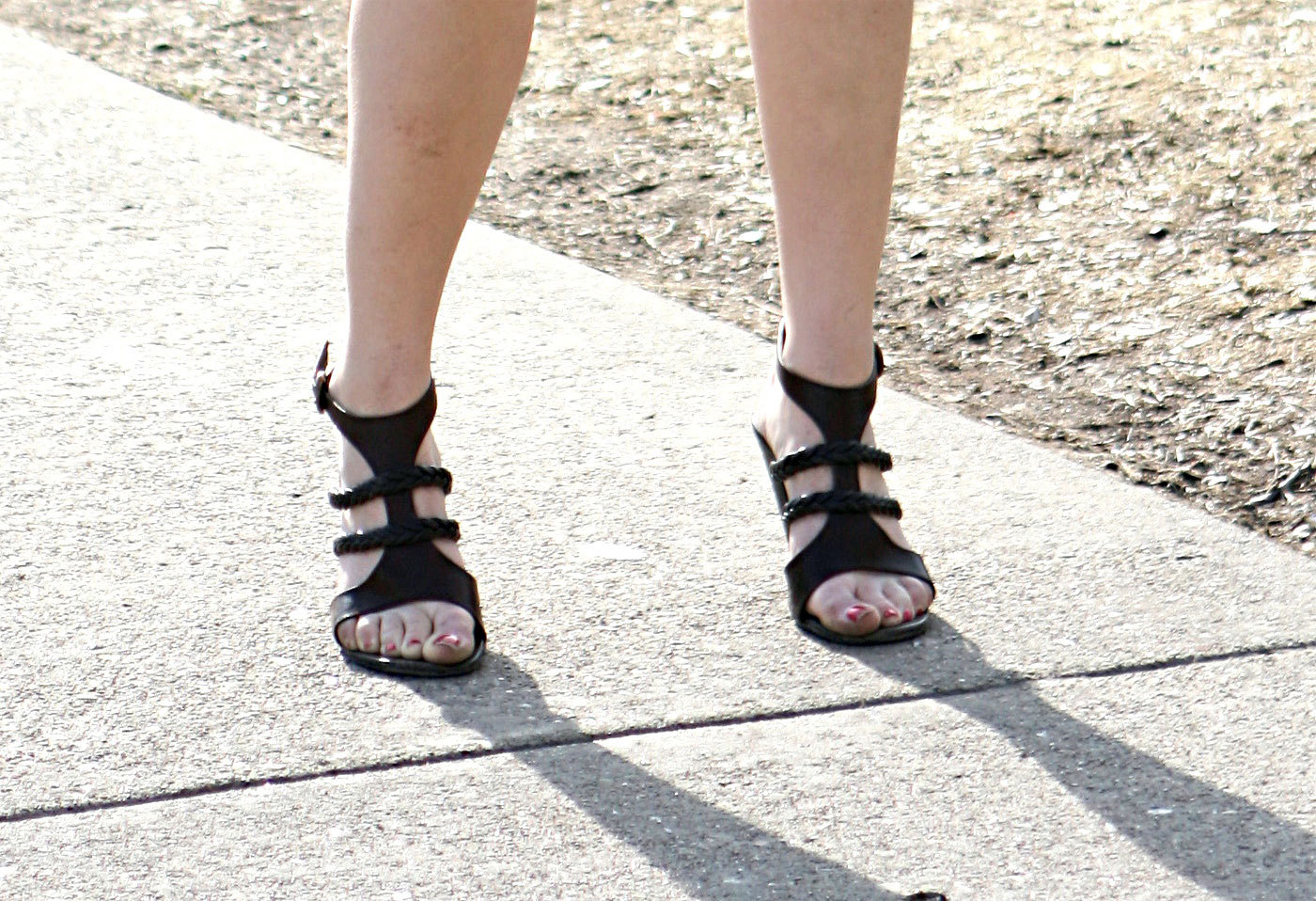 Sochol dresses for the weather in a light blouse and uses Tibi sandals to contrast her feminine look. (credit: Courtesy of Eddie Wong)

As the famous saying goes, “X marks the spot” — or in this case, Topshop marks its debut in Soho on April 2, with a crowd all too eager to scoop up the best of the U.K.’s fashion finds. After an excruciatingly long wait for the store to open, Topshop was unveiled at 12:55 a.m. last Thursday in downtown New York, with a line of people that wrapped around the block twice.

Topshop is a retailer, previously only available overseas, about whom proponents have generated endless buzz from day one — complimenting the trendiness of the pieces available for girls with normal and realistic budgets. In the U.S., not many stores have been able to parallel Topshop’s characteristics of carrying stylish, well-made clothing that’s also affordable. The most well-known rivals include Zara and H&M, both of which also began in Europe — Spain and Sweden specifically.

What’s the big deal about Topshop? Aside from a collaboration line with supermodel Kate Moss, the store has also influenced the direction of fashion among young women. The mash-ups of floral frocks and playful jumpsuits with tough ankle-strap heels and studded booties come directly out of Topshop’s website, and the effect has been tremendous.

International fashion bloggers and runway models alike have long sang the praise of wearable and buyable clothing from this store, and some of the retailer’s inspired looks have even been spotted on our very own campus.
A military-esque shirt dress will remain a classic piece, wearable all year round. However, Helen Ra, a sophomore business administration major, takes it to the next level with one made of denim. A fabric once restricted to making jeans, denim has recently taken the fashion world by storm by claiming its stakes in loose, menswear-inspired button-down shirts, nautical jumpers, trousers, and, of course, dresses. It’s a great twist to otherwise classic basics, and it won’t be going out of fashion anytime soon.

There’s no better time than spring to let your legs breathe, and first-year science and humanities scholar Jessica Sochol does it in just the right way. Taking advantage of a warm and breezy day, Sochol wears a thin paisley print blouse and keeps the rest of her outfit simple with a fitted navy blazer and a pair of shorts. She tops her outfit off with Tibi sandals that have a tough gladiator feel, and they provide the perfect contrast to her feminine blouse.

Topshop boasts some great shopping finds for girls like Ra and Sochol, and it also serves as another stylish alternative to stocking up on basics — T-strap sandals, tights in a hue of colors, T-shirts of varying transparency, and charming necklaces and earrings. Even though Topshop’s only store is at its flagship Soho location, topshop.com is now open to the U.S., so even if you’re just looking for inspiration for tomorrow’s outfit, be sure to pay a visit to the next big thing.