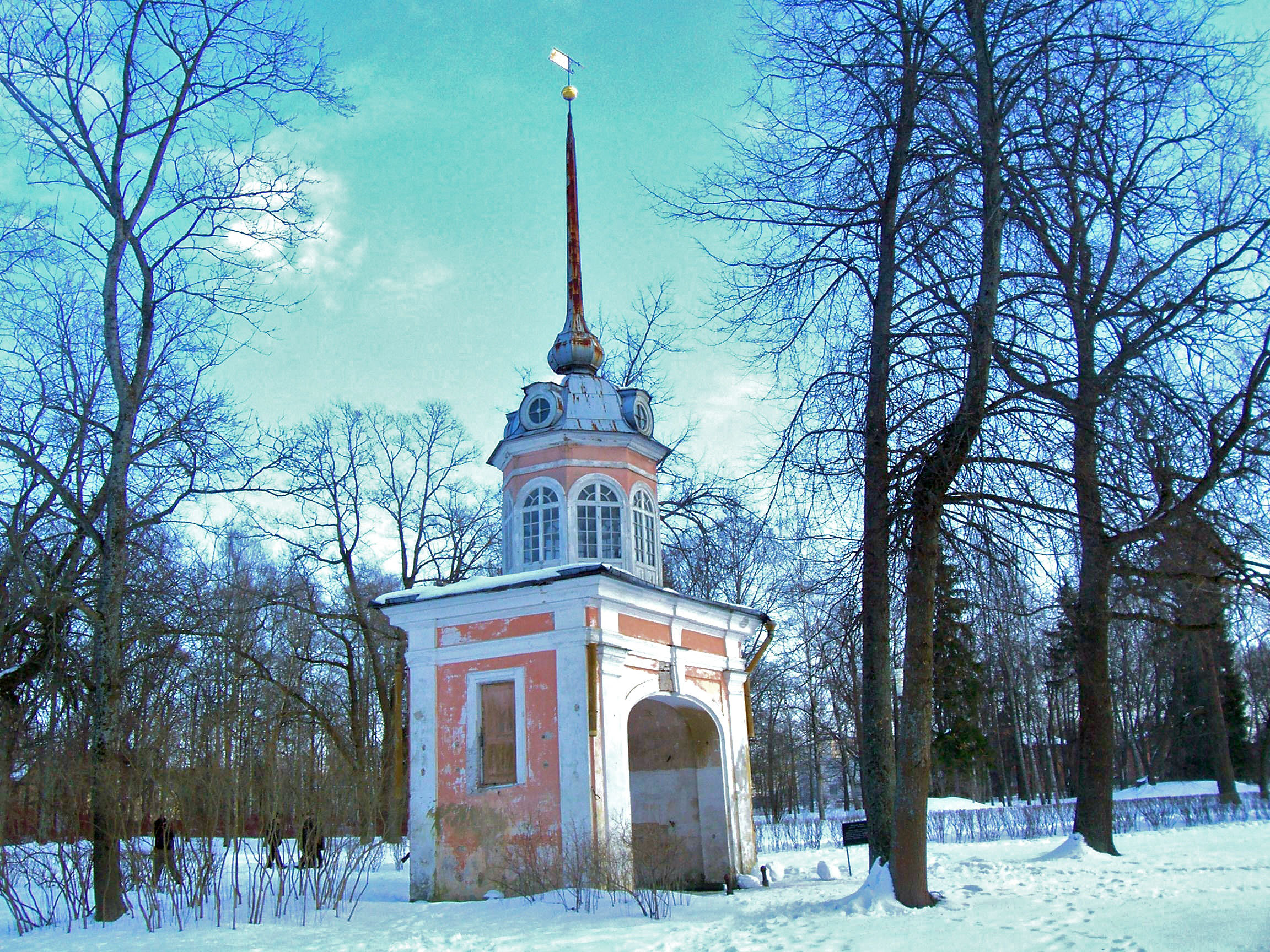 The Russian landscape is a hue of blues and greys. (credit: Courtesy of Claire Bouffard)

I’ve never been a huge fan of taking unnecessary risks, particularly ones that involve wasting my time and money.

So getting on an elektrichka, or electric train, by myself and heading out of St. Petersburg to Oranienbaum, without having the slightest idea where I am going to be dropped off and what I am going to find there, is somewhat out of character.

As I try to figure out how to buy the tickets and how to get on the train, I attempt, with moderate success, to convince myself that I am adventuring.

I sit in one of the farthest cars and hope that I really bought a round-trip ticket and not just a one-way. The ticket seller and I had repeated “there and back” to each other a few times, so I’m pretty sure it was all understood.

I want to sit by myself, but not completely by myself, because there’s always a chance that some young drunk guys will get on, and in that case, I want to be sitting next to an older woman or a family, not just because I‘m wary of drunken young men, but also because I know that if they speak to me, it will be abundantly clear that I am American.

I try to look out the window, but I am sitting facing the sun, which is somewhat unfortunate, so I sit back and try to read the Agatha Christie novel that I had bought in Russian. This is surprisingly difficult, so I have to pretend that I am absorbed completely in it, when everything that I have feared happens and a man comes up to me and addresses me.

“Miss,” he says. I ignore him and hope that he will go away. “Ticket, miss,” he says, laughing at my apparent fascination with my book.

Relieved, I hand him the receipt that I have been using as a bookmark, and he marks an “s” on it and leaves. I sit back and try to look out the window, watching people get on and off the train.

Fifty-five minutes later, I’m starting to worry a little about where the train will drop me off.

Will I be able to see the Grand Menshikov Palace from the train? Will there be a map somewhere?

Will I have to ask for directions? Or get on another bus?

I’m starting to worry because we’re in the middle of the countryside by this point, and the people on the train are carrying skiing or ice fishing equipment and the like.

Finally, we get to a stop, but I miss the sign, and I don‘t know what it is. Everyone in my car gets off, and the loudspeaker says “(static, crackle crackle) Oranienbaum,” so I run off the train and hurry over to the sign, which is just out of my line of sight.

Just as I get there, the doors close, and the train lumbers off. It’s the wrong station.

First, I am calm, but then I start to panic a little. I don’t know the train schedule, and I don’t know when the next one will come through.

It’s 1 p.m. I know possibly there will be one around 4, but before that? Ever?

I’m sitting on a train platform surrounded by woods. The train ride was supposed to be an hour long, so for a few minutes I consider walking along the track. I’d have to get there sometime, right?

I dismiss this idea as possibly insane, especially considering the six inches or so of snow, and sit and wait. I watch the few people walking away from the train carrying bags of fruit.

Finally, I decide to go exploring and, walking down the platform, I find a piece of paper taped to the side of a bulletin board that claims that a train is coming in an hour going to a destination that is not Oranienbaum, but I think may just be further along my route.

I just hope that no one checks my ticket again, especially since I think I have only one stop to go.

It’s about now that I come to the unpleasant realization that I’ve forgotten some of my documentation that I always have to carry around in St. Petersburg.

So if a cop stops me in the street, I could be arrested, 26 miles outside of St. Petersburg, where my host may or may not be able to help me get out of jail.

I’m pretty sure I’ve got my passport, but maybe not my spravka, my registration, and I’m not about to start fishing through my stuff looking.

To put the icing on the cake, I drop my book in the mud and discover that the mini-pies I brought for lunch are not good.

I descend into the depths of despair, but then am completely euphoric, because finally the train arrives and everything starts getting better. I even see a building I think is the palace from the window of the train, so maybe I will be able to find it easily.

Suddenly, it’s an exciting adventure again and there is a beautiful park to explore, if I can only find it and still be back at the train station by 5:30 p.m.

In the end, of course, I’m really glad I went. Even if it’s sometimes a little hard to get around, it’s always worth it, and
I wouldn’t trade the experiences I’ve had and will continue to have in Russia for anything else.