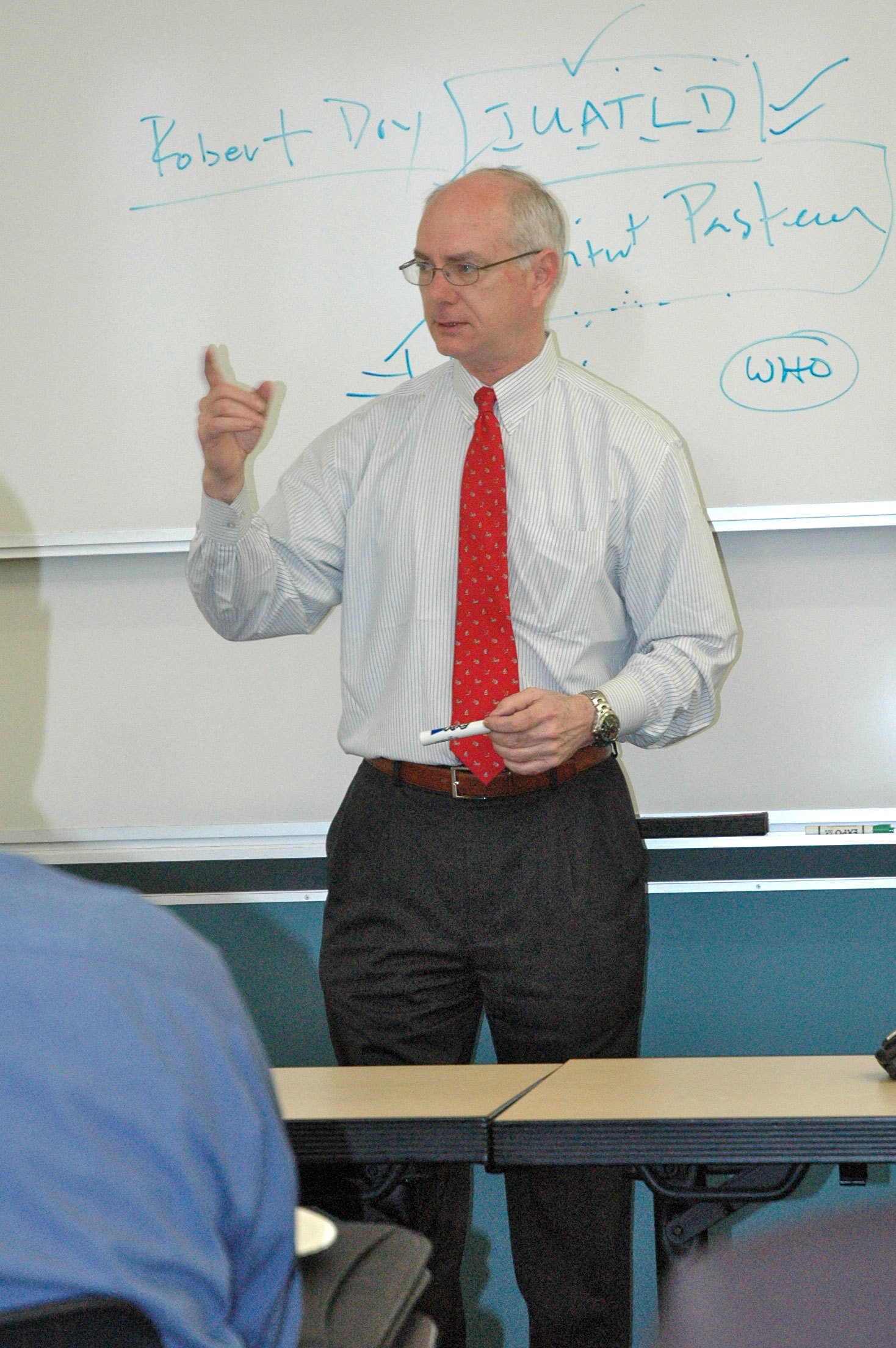 The turn of the century has seen phenomenal growth in youth political involvement, said Robert Dry, diplomat-in-residence at City College of New York, to students in the Global and International Relations program during a luncheon discussion on Thursday.

Dry, a career United States diplomat who has held key positions in Europe, Asia, and the Middle East, visited Carnegie Mellon to inform students about career opportunities in the U.S. Department of State, the main U.S. foreign affairs agency.

“Current college students are part of what is known as the ‘millennial generation,’ characterized in part by an increased interest in community engagement,” said Traci Sebastian, academic adviser for the Global and International Relations program.

A Georgetown alumna and former summer intern at the State Department, Sebastian described her “insider’s view of an embassy” as “fascinating.”

“I spent the summer after my junior year in college interning at the U.S. Embassy in Nassau, Bahamas,” said Sebastian.

“I had been skeptical at first about working in the Bahamas. I didn't think of it as a place where much of interest would happen, from a political or economic point of view. But my experience that summer taught me that even small countries can have strategic importance to the U.S.,” she said.

“Federal agencies seek people from various disciplines, and with a lot of different skills,” said Dry.

From students specializing in written communication to computer scientists and engineers, there is something for every student who is able to produce “something completely different,” he said.

“Within the embassy, I researched political, economic, and environmental issues, and drafted cables [reports] that were sent to the Department of State and other posts in the Caribbean,” said Sebastian.

In addition to U.S. citizens who are proficient, capable, and hardworking in their respective fields, the State Department also encourages international students interested in foreign affairs and diplomacy to apply for internships and full-time positions with the State Department, said Dry.

“Two-thirds of the State Department [is composed of] foreign nationals,” said Dry.

The Foreign Service is a body of about 11,500 employees, as stated on the State Department’s website.

Spread across 265 posts worldwide, these Foreign Service National (FSN) employees help bridge the gap between the local population and department officials with regard to language and cultural values, he said.

Referring to his experience working with interns who were French nationals, Dry said that foreign students normally have a very comprehensive understanding of their countries.

“They know their countries really well, which makes them interesting candidates, as well as cross-cultural targets for us,” said Dry.

“For some students, an embassy internship crystallizes their interest in the Foreign Service; for me, my summer in the Bahamas, along with my year in Ireland, helped me to realize that while I love traveling abroad, I really enjoy living in the U.S.,” said Sebastian.

In order to secure an internship with the State Department, students must first register for a career track. Career tracks include management, economic, political, public diplomacy, international systems, and American history, among others. A detailed list of tracks and complete application procedures are available under Careers on the State Department’s website.

Alex Brant, who is a graduate student in the Heinz public policy and management program, will be interning with the State Department in Rome, Italy this summer.

“I will be working in the Management Office at the American Embassy in Rome this summer,” Brant stated in an e-mail.

“I first heard about this internship at a State Department workshop hosted by the International Relations program, and filled out an application online. A few months later, I was offered to work at the consulate in Milan and Florence as well as the embassy in Rome,” stated Brant.

“When our faculty designed the global politics major, they created the curriculum that they felt would best prepare our students not only for graduate school or globally-focused careers, but also for being engaged and informed global citizens,” said Sebastian.

Excited to be a part of the Obama administration, Brant is eager to understand how American foreign policy works, he stated.

“I feel like some changes will be made, and I will be a part of them,” he stated.

Fluent in Italian, Brant believes that he has an edge over the communicative challenge faced by a career diplomat.

Megan Larcom, a junior business and global politics major said, “Ambassador Dry did a good job of conveying the lifestyle and the career trajectory of someone in Foreign Service.”

“I was surprised to learn how your geographical focus doesn't always remain constant; Ambassador Dry mentioned quite a few times when he had to learn new language sets — Chinese dialect, Vietnamese, and Arabic included,” she said.

“Language is a window to other cultures,” said Dry. Knowing a foreign language reflects interest in other cultures and shows a sense of cross-cultural sensitivity, he said.

This international frame of mind is what attracts Larcom, who is going abroad to the Middle East this summer to learn Arabic.

“I am taking some classes right now that are really opening my eyes to new perspectives. Indira Nair's Global Issues, Local Solutions class is just one example of how CMU has helped me — we learn about U.N. Millennium Development Goals and our relation to the developing world,” said Larcom.

As more students express interest in politics, Carnegie Mellon aims to keep up with the growing trend in youth political participation through its Global and International Relations program.

“Students seem to have a keen interest in public service, and many of them seem to be considering careers in the public sector,” said Sebastian.

“Dr. Kiron Skinner, the program director, has done a tremendous job of raising its profile, which has only existed for about 10 years now. We have supplemented the academic program by bringing speakers to campus that expose our students to a wide range of global topics. And whenever possible, we bring guests like Mr. Dry to campus to talk about career opportunities in the State Department and other areas of government,” she said.