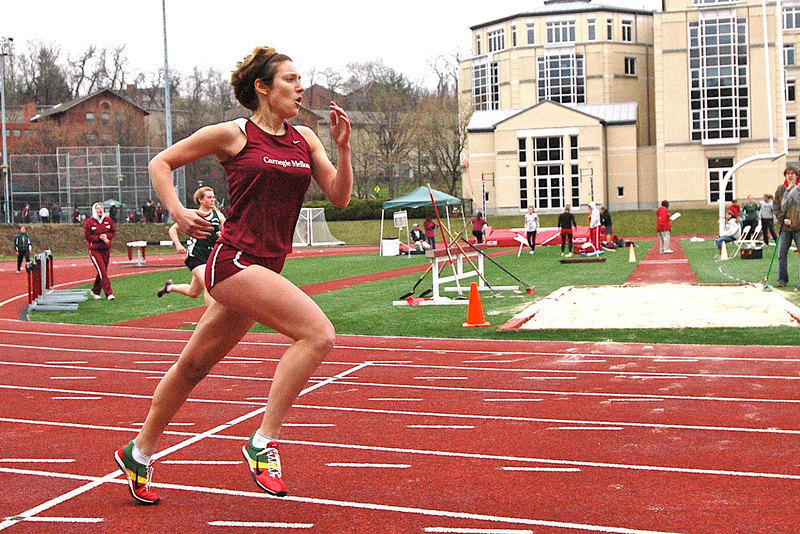 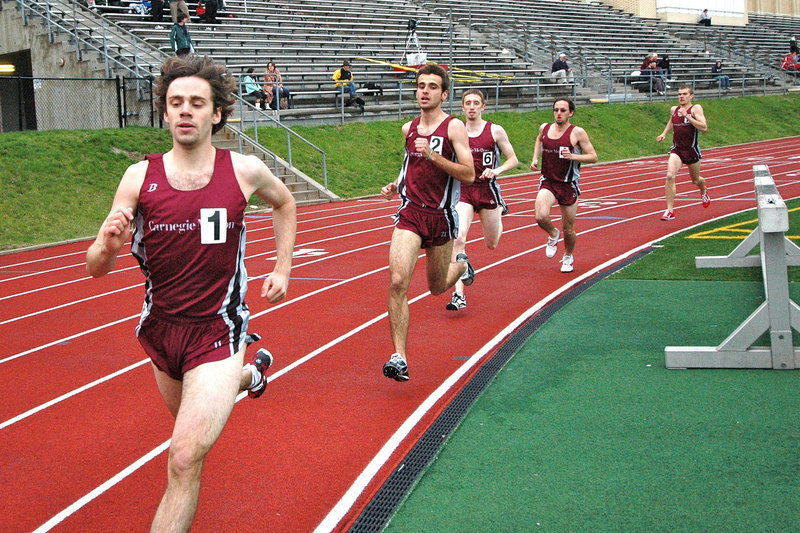 The Carnegie Mellon men’s and women’s track and field teams hosted the Tri-Meet with Seton Hill University and Franciscan University in attendance at Gesling Stadium this past Wednesday. Although the meet was unscored, the Tartans did not allow that to detract from their outstanding performances. Both teams showed readiness for the upcoming University Athletic Association (UAA) meet that will be held next weekend at home.

Senior Ashley Rothwell took first in both the hammer throw and shot put with distances of 36.66 meters and 11.08 meters, respectively.

The Tartans posted a number of second-place finishes, including sophomore Courtney Baker’s 4:55.12 time in the 1500 meters. First-year Luci Laffitte finished second in the 100-meter hurdles with a time of 16.02, and the 4x100 relay team of Laffitte, Baker, senior Emily Giacomarra, and first-year Ivana Moses set a new school record with a time of 51.72.

Finishing strong for the Tartans was the 4x400 relay team of Laffitte, junior Crystal LeePow, Baker, and junior Diane Mattingly, who finished first with a time of 4:04.26.

The men’s team was strong in all events, and a number of its athletes placed this past weekend. Junior Chris Rizzo took first place in the steeplechase, finishing with a season-best time of 9:58.49. A number of Tartans posted season-best times, including sophomore Justin Kurp, who finished first in the 800 meters with a time of 1:55.56; he was followed by classmate Dan Addis, who also posted a season best of 1:57.04.

On the field, first-year Ryan Kissel posted a career-best jump of 6.68 meters and finished first in the event. Also on the field, sophomore Dan Melamed tied his career-best 3.96 meters, a strong enough jump to place second. Junior James Hulley set two new school records in the shot put and the discus. In the shot put, he threw 15.38 meters, and in the discus, 45.56 meters. First-year Anthony Hernandez, senior Chris Fornataro, and Hulley swept the hammer throw with Hernandez throwing a season best of 49.17 meters, followed by Fornataro (47.48 meters) and Hulley (45.82 meters).

The Tartans will next compete in the UAA Championships hosted this upcoming Saturday and Sunday at Gesling Stadium.