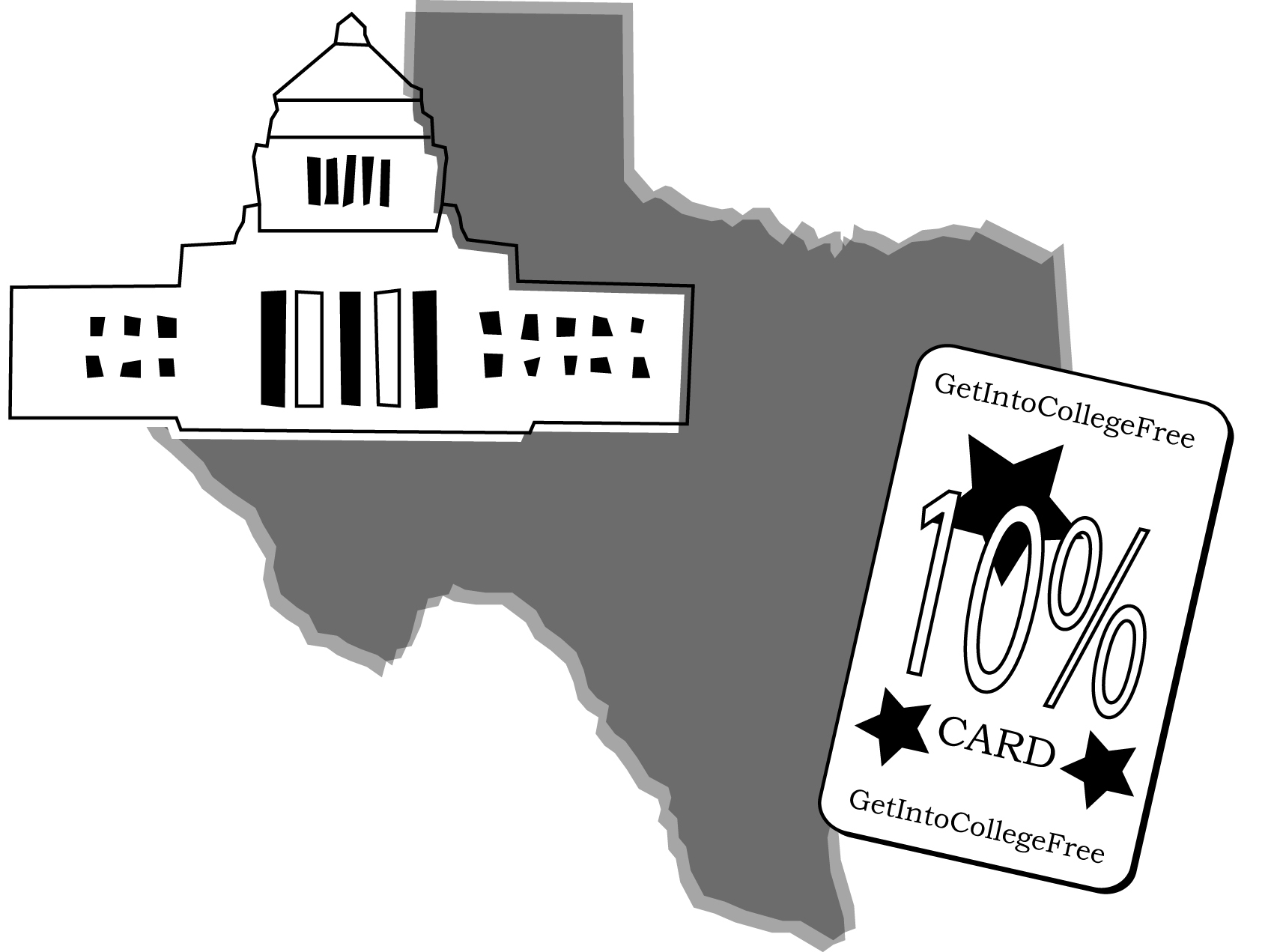 An unusual state law concerning college admissions is now stirring debate among Texas legislators. The law in question requires all public colleges and universities in Texas to automatically admit students who graduate in the top 10 percent of their high school class.

Legislators advocating a change in the 10 percent law point out the difficulty it poses to competitive institutions, such as the University of Texas at Austin. Because of the law, the institution has lost the ability to admit highly talented students who do not meet the 10 percent requirement due to a large chunk of admission slots’ being given to students who automatically gain admission. Defenders of the law focus on the fact that it diversifies the backgrounds of the students.

The 10 percent law was originally adopted to increase minority enrollments in public universities in Texas. As many high schools in Texas were either predominantly Latino, black, or white, the law secured diverse student bodies that included minority students and students in low-income areas.

Two recent studies both complement and contradict the law. One of the studies shows that the 10 percent law allows many more high schools to send students to UT Austin, rather than the admitted students’ being predominantly from prestigious high schools.

“I think the big difference between our process and that of universities such as the University of Texas or University of Florida is that they’re using a formula to try to achieve diversity and we achieve diversity by selecting students through individual review. This year, we received perhaps the most diverse class that we’ve had in quite some time. If we had just applied a formula, we probably wouldn’t be as good at that.”

Although diversity is an important aspect to consider in the admissions process, merit is also a significant factor. Some point out that a percentage-based admission policy may be unfair for students in certain high schools.

Brian Junker, a Carnegie Mellon statistics professor, stated in an e-mail that the law might not necessarily be an effective way to promote diversity or bring academically talented students to universities:

“I support the goal that the top 10 percent rule is trying to achieve. But it has problems: less able students from smaller or less competitive schools can get admission over more able students from larger or more competitive schools; and in practice it depends on non-diversity in high schools in order to create diversity in college. There is no longer a legal reason to keep the top 10 percent rule, and I think there are better ways to achieve diversity at college without sacrificing student quality or the goal of diversity in high schools.”

Nanfei Yan, a first-year physics major, pointed out the difficulty that an admission policy based on percentage might pose for students in more competitive high schools: “Since different high schools set different standards for their students, it’s inevitable that some applicants may feel the policy to be unfair,” she said. “There’s a reason that standardized test scores are considered in the admissions process. At some high schools, the standardized test scores are high, but high GPA scores are more difficult to obtain. So students in certain schools have to work harder to get into the same universities [than students from other schools].”

The Dallas Morning News reported that changes to the law would be made so that it would only apply until a college or university had filled 60 percent of its entering class.