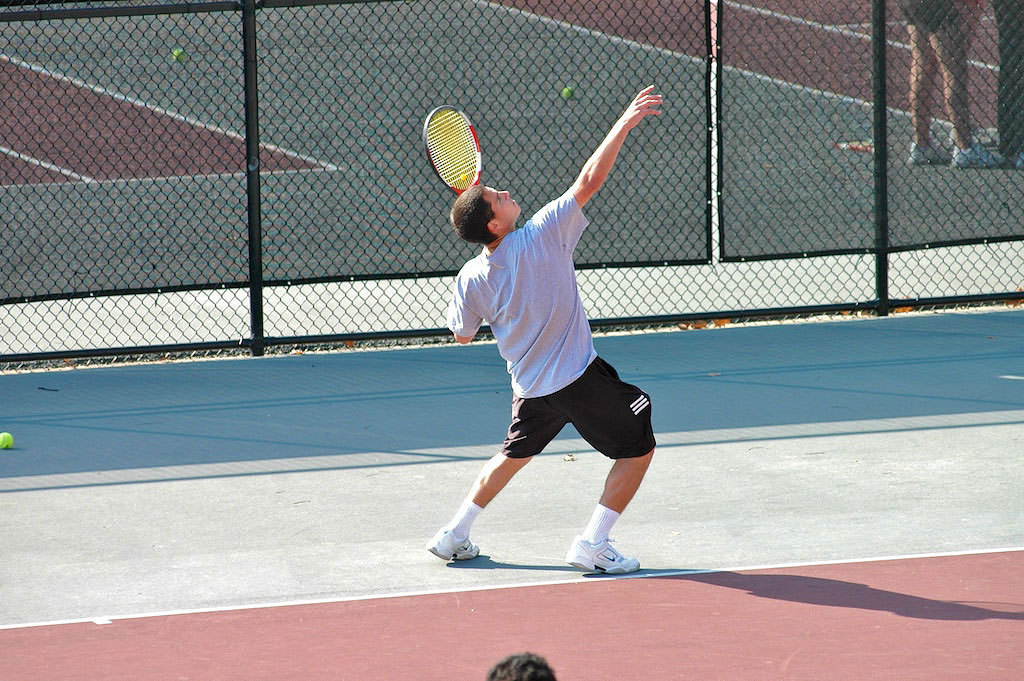 After two matches on the road a week ago, the Carnegie Mellon men’s tennis team stayed close to home last Friday and Sunday, facing the ninth-ranked Kenyon College Lords and the fifth-ranked University of Mary Washington Eagles indoors at Club 4 Life in Monroeville, Pa. Unfortunately, the Tartans lost 3–6 to Kenyon but rallied Sunday to defeat Mary Washington 6–3. The win over Mary Washington is a first for the Tartans in 15 years. They now stand at 12–5 for the season.

“We definitely had our chances and lots of openings to get ahead, but we just didn’t take advantage of them,” said junior Niko Ljuboja. “We could have been a little sharper here and there, and it’s the little things that can make the difference between winning and losing.”

The match against Kenyon started with the Tartans down 2–1, with the one point coming from the second doubles duo of junior Ravi Raghavan and sophomore Alex Nemerov. Sophomore Bobby MacTaggart then added a singles win to the count, steamrolling his opponent 6–2, 6–0 and bringing the overall score to 2–2. The last win came from junior Jon Spero at fourth singles, 7–6 (7–5), 6–2. However, much to their disappointment, the Tartans were unable to hold off the Lords and dropped four singles matches.

“Kenyon is a very tough team and, although we gave it our best, they just outfoxed us today,” said first-year Jeremy King. “The loss of two doubles just put us in a hole that was too hard to climb out of. It was not optimal at all.”

The next match against Mary Washington proved to be a better day for the Tartans, who were able to regroup and beat the Eagles 6–3. After an amazing display of focus and determination, the Tartans swept all three doubles, with junior James Muliawan and Ljuboja winning 8–6 at third doubles. The 8–6 win from the duo of Spero and MacTaggart at first doubles was especially impressive, given that their opponents were ranked eighth nationally last year. The third point came from Raghavan and Nemerov with a close 9–8 victory.

In singles, the momentum gained from the doubles sweep made the Tartans almost unstoppable. At first singles, Muliawan won after a hard fight, 7–5, 2–6, 6–4. MacTaggart continued the winning pattern and defeated his opponent 7–5, 1–6, 6–4, followed by Spero, who wiped out his opponent 6–1, 6–1.

“I think the whole team was really pleased with our overall effort this weekend against two very good teams. Our fight in doubles against Mary Washington was unbelievable given that we were down a break at all three positions,” Spero noted.
“Bobby really stepped up for us these last two matches, and James had a great win today as well. We hopefully will get another shot at Kenyon in a few weeks. We took a lot away from this weekend and we know where we need to improve.”
The Tartans resume play this week Wednesday 7 p.m. at home against Duquesne University.