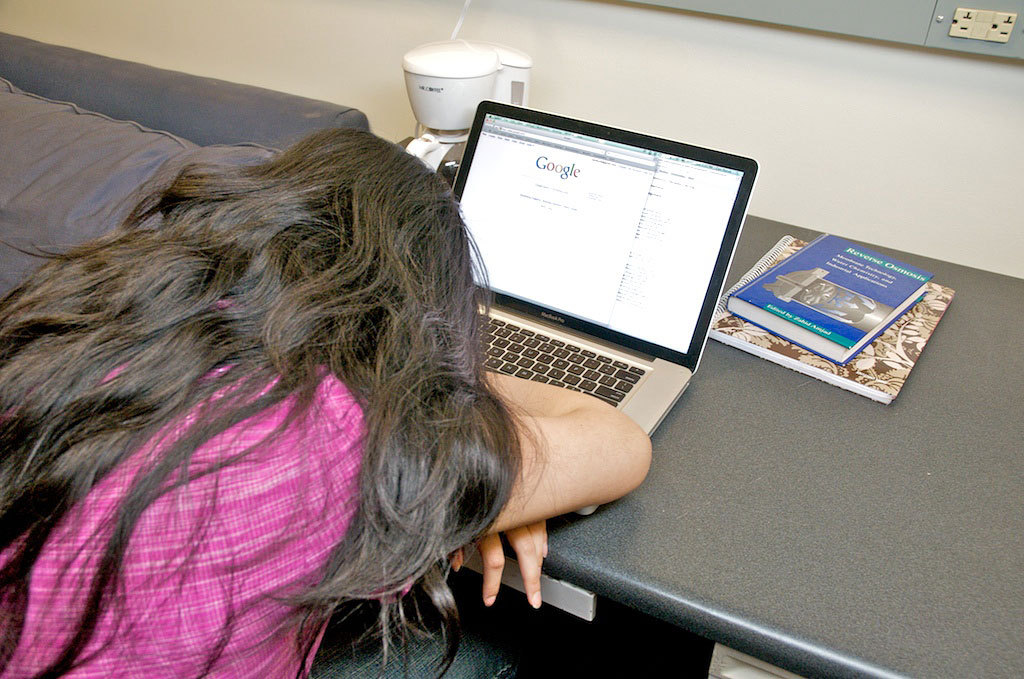 Narcolepsy is a neurological disorder that affects the control of sleep and wakefulness. This disorder is characterized by overwhelming daytime drowsiness and sudden attacks of sleep. People with narcolepsy experience excessive daytime sleepiness and intermittent, uncontrollable episodes of falling asleep during the day, regardless of the circumstances.

The cause of narcolepsy is unknown; however, it is believed that genes that control the production of chemicals that regulate sleep and wake cycles play a role in it.
As explained in an article in The New York Times, researchers now believe that narcolepsy may be caused by a deficiency in the production of a chemical called hypocretin by the brain. Studies show that cells that make hypocretin are severely damaged in narcoleptic patients.
Although it is unknown what exactly damages hypocretin cells, abnormal immune response could be the cause. Also, the disease seems to be genetic; if one family member has narcoplepsy, his or her relatives are more likely to develop it.

In a typical sleep cycle, people enter the early stages of sleep followed by deeper sleep stages and ultimately REM (rapid eye movement) sleep. For those suffering from narcolepsy, REM sleep occurs almost immediately in the sleep cycle and periodically during the hours in which they are awake.
It is in REM sleep that people can experience vivid dreams, sudden lack of muscle tone, and sleep paralysis (the inability to move or talk while sleeping), which explains some of the symptoms of narcolepsy. The primary characteristic of narcolepsy is overwhelming drowsiness and an uncontrollable need to sleep during the day. This is exemplified by patients’ tendency to fall asleep without warning, anywhere and anytime, even while working and talking with some friends. This sleep can last from a few minutes to half an hour before the person awakens, but the whole episode occurs again soon afterward.

The website of the National Institutes of Neurological Disorders and Stroke (NINDS) explains that another common symptom of narcolepsy is the sudden loss of muscle tone, called cataplexy. Cataplexy can cause a range of physical changes from slurred speech to complete weakness of most muscles.
Cataplexy is uncontrollable and is often triggered by intense emotions (usually positive ones like euphoria, or sometimes negative ones like fear). Those with narcolepsy can experience cataplexy a few times a year or numerous times a day.

Hallucinations, known as hypnagogic hallucinations, are also common in patients just as they are falling into REM sleep. As described on www.medicinenet.com, another interesting symptom of narcolepsy occurs when the patient engages in automatic behavior during an episode of the disease. Sometimes, narcoleptic patients continue doing the tasks they were engaged in for a couple minutes after falling asleep. The tasks are usually not performed as efficiently as when the patient is awake. For example, if the patient is driving, he or she may get lost or have an accident while suffering from an episode of narcolepsy. After performing such automatic behavior, however, the patients awaken with no memory of performing any such tasks.
Narcolepsy usually begins between the ages of 15 and 25, but can become apparent at any age. However, many cases remain undiagnosed. Upon first suspicion, the doctor may take a sleep history to assess any other factors that would help explain the symptoms.

The history involves filling out the Epworth Sleepiness Scale, which uses a series of short questions to gauge a person’s degree of sleepiness. The doctor may then issue a polysomnogram, which measures the electrical activity on the brain via electrodes placed on the scalp, heart, muscles, and eyes. Another test to confirm a diagnosis of narcolepsy is the multiple sleep latency test. This examines how long it takes a person to fall asleep during the day. Narcoleptic patients usually enter REM sleep much faster than those without the disease.

Although there is no cure for narcolepsy, the symptoms of the disorder, such as excessive daytime sleepiness and cataplexy, can be controlled with drug treatment. For example, sleepiness is treated with amphetamine-like stimulants while symptoms of abnormal REM sleep (i.e. cataplexy and vivid dreaming) are treated using antidepressants.