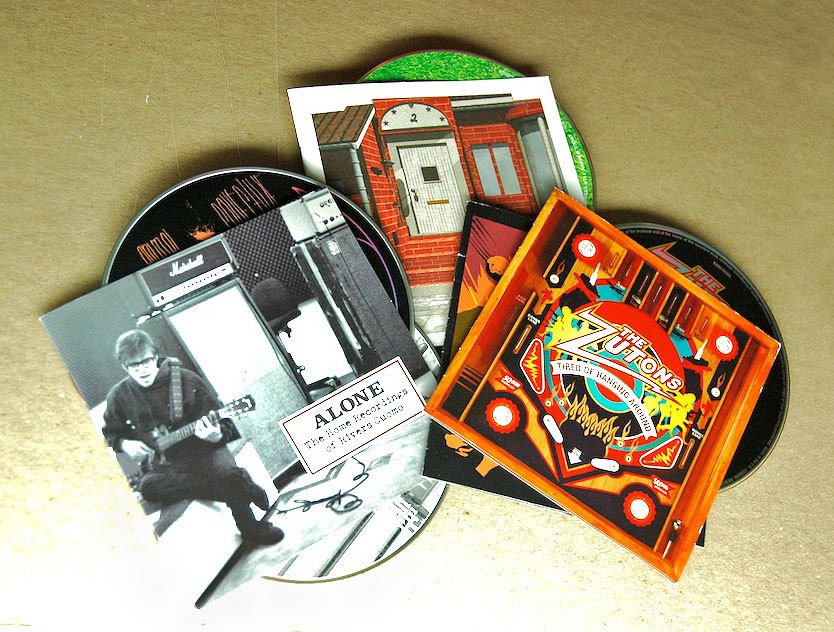 Many CDs, such as those above, go unnoticed by mainstream media, despite their innovative styles. (credit: Kristen Severson | Photo Editor)

There is a lot of music out there. Within the current music industry, most of the big record companies seem intent on marketing only big names within established music genres. However, as a result, many great albums slip through the cracks in America. There are music blog sites that are attempting to rate music that the big websites and magazines simply do not have the space in print to assess, but most people don’t have time to search the Internet for music. Here are some CDs that have not reached the popularity that they deserve.

The blogosphere lit up with the release of Merriweather Post Pavilion in January this year. Here’s how this album can be explained: take a rhythmically intriguing, percussive band that typically releases very complex albums that are very hard to understand for the mainstream consumer, and make an extremely accessible album with an amazing flow that never lets go of its hold on the listener. Animal Collective hit a bull’s-eye with Merriweather Post Pavilion. This album has beat-thumping songs, slow and haunting sprawls, the occasional perfect set of lyrics, electronic flourishes, and so much more. It still takes about 20 or so plays of the entire album to get it, but there are several songs that appeal to the listener right away. Two minutes and 30 seconds into the first song, “In the Flowers,” Animal Collective has you hooked and will demand your attention through the album’s entirety.

Rivers Cuomo, the singer of Weezer, is a very prolific man. In addition to the six albums with Weezer, Cuomo has been recording demos for many years. In 2007, he decided to release a compilation of many of these demos with Alone: The Home Recordings of Rivers Cuomo. This collection is fantastic as it involves the return to his Pinkerton and Blue Album era songwriting. “Lover in the Snow” is a notable track, as it mixes his typical sad-sap lyrical style with crunching guitars and well-placed handclap beat. With the release of Alone, it seems as if Weezer would have been better off with Cuomo writing and performing all the songs himself.

David Byrne and Brian Eno — Everything That Happens Will Happen Today

Strange, weird, interesting, and old are the words to define the pair of Byrne and Eno. Eno was the producer of the Byrne-led band, Talking Heads, throughout the ’70s. Despite the Talking Heads’ splitting up, Eno and Byrne decided to team up to release an album, Everything That Happens Will Happen Today, in August of last year. The album features Byrne’s typical voice and Eno’s sonic atmosphere, combining together to produce an album that recalls Talking Heads’ early songs. Even though this album may not be your cup of tea, give “Strange Overtones” a listen, as it is a song that makes people sit up and pay attention.

The Zutons’ discography — Who Killed the Zutons?, Tired of Hanging Around, You Can Do Anything

Do you have The Zuton fever like the Brits? The Zutons reached high on the British charts, but have not gotten a high appeal anywhere on this side of the Atlantic. Released in 2004, The Zutons’ first album, Who Killed the Zutons?, is a high-energy blast of alternative rock. With sharp guitar solos and clear vocals, The Zutons are all about making new classic rock albums. They mix and meld the various successful formulas that classics like The Who, The Rolling Stones, and Led Zeppelin used, while adding their own unique charm. The group’s newest album, You Can Do Anything, was released in June of last year and follows the same formula. “What’s your Problem,” a throwback to the feel-good ’70s rock-stomp, is an instantly appealing track that demands a couple of smiles and foot-thumps.