From Kennywood to Adventureland 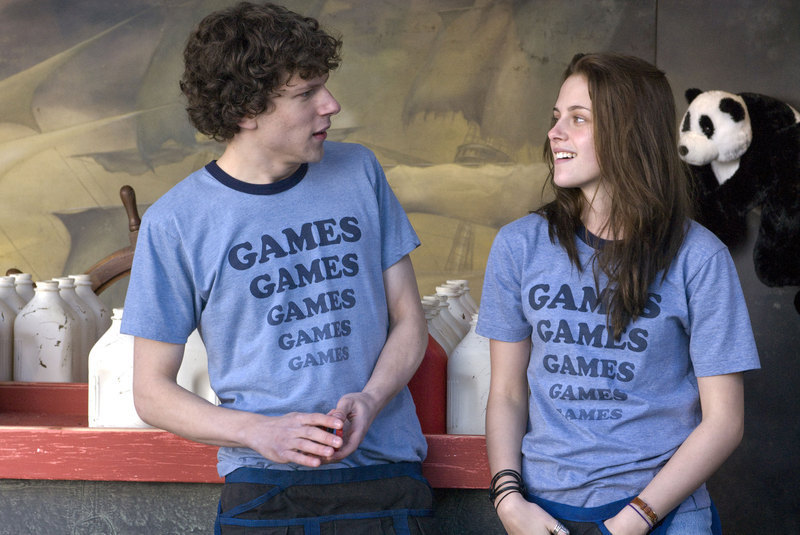 Jesse Eisenberg and Kristen Stewart star as college students during the ‘80s in this dramedy. (credit: Courtesy of Jenny Bertolette) 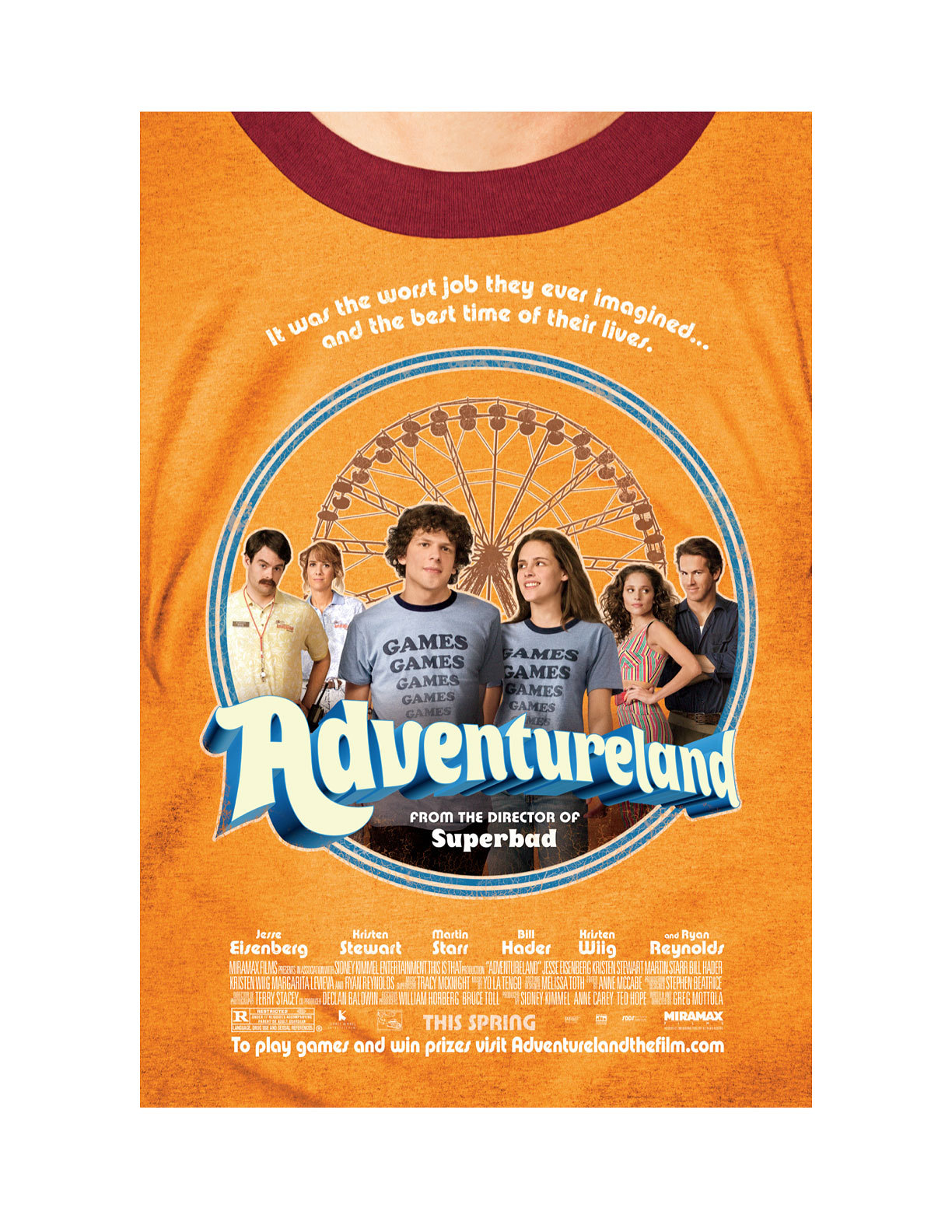 Jesse Eisenberg and Kristen Stewart star as college students during the ‘80s in this dramedy. (credit: Courtesy of Jenny Bertolette)

Last Tuesday evening, Carnegie Mellon students piled into McConomy Auditorium for a prescreening of the new film Adventureland. A dramedy in the style of Superbad and other Judd Apatow movies, the film centers around 22-year-old James Brennan (Jesse Eisenberg) and his less-than-ideal summer job working in the Adventureland theme park. As horrible as it seems to the recent college grad, his summer job becomes a “full-scale initiation into the sublime oddities and wonders of adult life,” as Miramax puts it. Set in 1987, the movie centers around Brennan’s relationship with Em Lewin (Kristen Stewart of Twilight fame) and is ultimately a story about the quirkiness of a cheap theme park, the characters who work in it, and how Brennan’s experiences with them help him grow up and discover who he is.

Adventureland was written and directed by Carnegie Mellon alumnus Greg Mottola (CFA ’86), who based the movie on his own experiences after graduating from college and being forced to take a job working at the real Adventureland theme park on Long Island.

“Working in an amusement park was such a silly job, and it’s one of those jobs you feel stupid working for minimum wage and you wish you could do something better,” he said. “But it’s also such a tremendously fun summer. It really captured everything I probably love and hate about life out there.” James Brennan, a neurotic, innocent virgin, was based very closely on Mottola’s younger self. “I definitely had a lot of the same awkwardness and earnestness and misguided ideas about what relationships are. When I decided to write something personal I thought, ‘Well, let’s try and get it close to what I remember, and maybe this will feel familiar to the people who are going through the same fumbling attempts at growing up,’” he explained.

Many of the most poignant features of the film come from its setting, in both the time and place. Based in 1987 (around the time Mottola himself worked in Adventureland), the movie takes on a distinct ’80s feeling, from the fashion to the music, and even the impact of the Reagan economic downturn. Still, much of the themes and events in the film can translate to our generation.

“It’s a tricky thing now,” Mottola said. “Young people are really facing an uncertain future. And that moment after college, I certainly remember coming out and saying, ‘I learned so much in college and I learned absolutely nothing that will prepare me for the real world.’”

Though Mottola wanted to place the film on Long Island, where his memories took place, the setting was relocated here to Pittsburgh for budget reasons. “It was a little hard for me to give up the idea.... When we first came to scout Pittsburgh, I was arriving there with the thought that maybe I’d try to pretend Pittsburgh was Long Island and hold onto the Long Island idea. But as soon as I started to drive around the city and the nostalgia for my college years came back, I thought, ‘Well, that’s stupid. I should really make it about Pittsburgh.’ I mean, I really love Pittsburgh; it has so much character. I was so reminded of that time in my life that it seemed stupid to fight against it.”

Its ultimate relocation to Kennywood allowed the filmmakers to give Adventureland an older, shabbier, more rustic feel that was difficult to find in modern-day corporate theme parks.
“I tried to make it look a lot smaller and a lot more condensed and a lot more like the way I remembered Adventureland,” Mottola said. “You know, more humble and down-to-earth, and you knew it had a really great family-run quality.”

Mottola’s experiences at Carnegie Mellon also had a major effect on the prominent ’80s music featured in the film.

“A big part of my life at college was the excitement of listening to all this music I hadn’t heard before, meeting people who were a little cooler than I was, and turning me onto great underground bands,” he said. “The first time I listened to The Smiths and The Replacements ... all that stuff happened at Carnegie Mellon. So, much of the music in that film was from my life then, and it had a huge influence on the finished movie.” The movie has many famous ’80s songs, including “Rock Me Amadeus,” and also features songs by Lou Reed and The Rolling Stones.

Junior English major Vicki Johnstone attended the prescreening of the film and noted the amount of enthusiasm for Pittsburgh’s presence. “Every time Pittsburgh was mentioned, or every time we could totally see it was Kennywood, we were totally cheering and stuff. I’ve never experienced anyone clapping at the movie screen like that before. We were all singing along to the music and clapping,” she said.

Mottola enjoyed filming at Kennywood. “When we made the film they let us ride the rides. [Kennywood] has like the greatest wooden roller coasters I’ve ever been on; they’re actually really, really good,” he said. “That’s how we would unwind because of the stress of shooting. We would just go on that a couple times in a row; it rattles your brains out.”