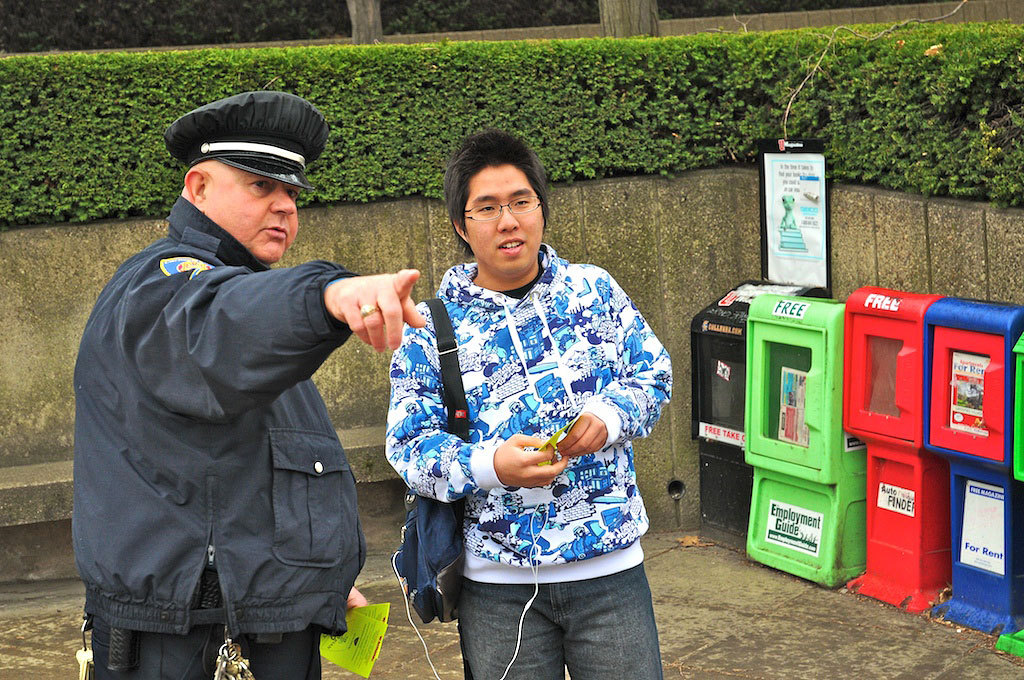 Walk, don’t run, when crossing the street at Forbes and Morewood Avenues — and only if the white hand says go. Otherwise, you may be looking at citations or fines from Carnegie Mellon Police. Last Wednesday, Carnegie Mellon Police, along with University of Pittsburgh Police, City of Pittsburgh Police, and the Pennsylvania Department of Transportation, conducted a Motorist and Pedestrian Safety Enforcement Program in an effort to educate students, faculty, and residents of surrounding areas about pedestrian and vehicular safety.

The program, according to Carnegie Mellon’s 8½ x 11 Newsletter, was conducted by marked and unmarked police vehicles at intersections along Forbes Avenue and on surrounding streets. Any pedestrians or drivers caught disobeying traffic laws were issued a warning, including those who did not wait for a walk signal or who crossed streets at places that did not have crosswalks. Students were also warned that in the future, fines for traffic violations could be issued.

Driver and pedestrian safety is not a new topic to Carnegie Mellon — in 2007, history and policy Professor Joel Tarr researched pedestrian behavior around Carnegie Mellon’s campus and in parts of Downtown. He found that Forbes and Morewood was one of six potentially high-risk intersections in Pittsburgh that were recommended for safety improvements. Jared Itkowitz and Pooja Godbole, student body president and vice president, respectively, have also focused on safety initiatives during their time in office.

This program takes the findings from the research and makes a direct attempt to improve safety conditions for pedestrians and drivers on campus.

Student reaction to the safety program, however, was mixed.

Many drivers were in favor of the program, citing many unsafe pedestrians who make driving around Carnegie Mellon more difficult.

“Students who cross the streets when they shouldn’t make it a lot harder to drive around campus, especially at night. People dart into the intersection quickly, and it’s really hard to see them. You have to be really alert,” said senior mechanical engineering major Lauren Eisenmenger.

Many pedestrians, however, do not believe that the program will be beneficial.

“Sometimes, I need to go to class, and waiting for a walk signal when there are absolutely no cars around seems pointless,” said junior economics and mathematics major Aneesha Deshpande.

Regardless of student opinion on the program, only time will tell if it is able to increase safety levels for drivers and pedestrians on campus on campus and in surrounding areas.