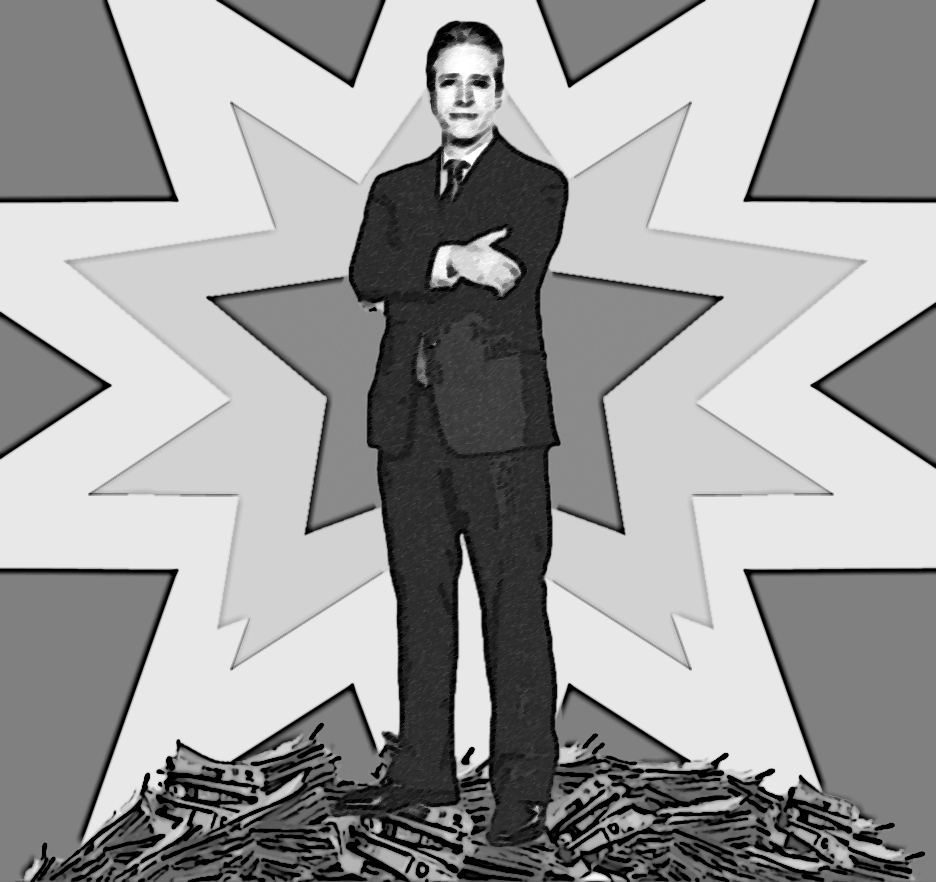 Credit: Maria Raffaele/Art Staff
Editorials featured in the Forum section are solely the opinions of their individual authors.

Move over, network news anchors: A comedian is here to stay.

On March 12, Jon Stewart interviewed CNBC’s Jim Cramer, an often erratic, supposed financial analysis expert who hosts his own stock market television show, Mad Money. On his late-night Comedy Central show, The Daily Show (the best of late-night television), the never quiet, sometimes crass, always brazen comedic host called Cramer out on his inability — and seeming lack of desire — to protect the American people from greedy CEOs and CFOs of major financial companies while presenting financial advice on his CNBC program. He also used Cramer as a representation of CNBC’s — and likely other major news networks — failures to accurately predict or cover the downfall of the stock market.

While Stewart is known for being to the point with his interviewees, unafraid to call anyone’s bluff and quite often straddling a fine line between comedy and abrasion, this interview was different. His interview with Cramer signaled a new, more serious direction for Stewart’s interviews, and represented an important new direction in which journalism must move in order to remain truthful and loyal to the people.

I won’t pretend that my somewhat inappropriate crush on Stewart isn’t influencing my desire to see more interviews and important news stories led by the comedian-turning-reporter. My leftward-leaning love is witty, smart, and wears nice suits. I am, admittedly, easily swayed by such characteristics. That said, though, it is this very wit that makes Stewart so relevant and so necessary for the voice of the American people in times of trouble.

The interview with Cramer was, more or less, a case study — albeit a very relevant and powerful one — of the problem with mainstream news reporting. When the effervescent financial reporter tried to reestablish the legitimacy of his faulty reporting related to the country’s economic crisis, insisting that he was misled by the financial leaders that actually brought down the economy, Stewart’s ability to mock while simultaneously making a significant point in his argument, and rallying the audience behind him, worked: “The CEO of a company lied to you,” he stated in shocked disarray. “But isn’t that financial reporting?”

“We have reporters who try really hard; we’re not always told the truth,” Cramer reiterated, flustered. From my limited experience as a journalist for this student newspaper, I sympathize with Cramer: It can be very difficult to encourage interviewees to get to the meat of the issue about which you are interviewing them, and it’s rare — if it happens at all — to get past anything but face value, the edited content that is sold to journalists by interviewees and informants. But, then, this is the essence of journalism: digging below the surface and subverting what is sold to consumers, the American people, at face value.

Stewart sees this. He and others following suit, such as Stephen Colbert’s character-driven news program and Daily Show spin-off, The Colbert Report, have been using comedy as a means of questioning the rest of what is displayed in the media. More than just an important case study of the failures of financial reporting on the part of major news networks, such as CNBC, this interview acts as a window into the potential future of truthful journalism, led by such comedic pioneers as Stewart.

In the interview, Stewart was able to call out Cramer in ways too politically incorrect on traditional news venues, as he insinuated that CNBC and the Cramer-types of reporters are in bed with the bad guys. Moreover, he seemed shrewdly aware of his own role in changing face of journalism, in the need for more honest reporting: as he concluded the interview, Stewart called for CNBC and Cramer to get back to “the fundamentals on reporting” so he could “go back to making fart noises and funny faces.”

This is the point. Stewart, a comedian, is filling the void left by dishonest mainstream media sources. Maybe this is the future of comedy — a transition from playground humor to the subversion of — for lack of a better, less hippie-tastic word — the Man. In this age of fast-paced information acquisition and an overwhelming number of means of the transmission of that information, is laughter and gentle mockery the only things left that we can do?

Stewart may represent the new form of counterculture in this country — even though he wears a (well-fitting) suit. Is this the new means of subversion? Like safety-pin earrings to the British punk subculture in the 1970s, is the comedian-as-reporter our only means of subverting those in power — the heads of the financial industry that brought down ordinary Americans, and the media sources that did nothing to out them — in this age?