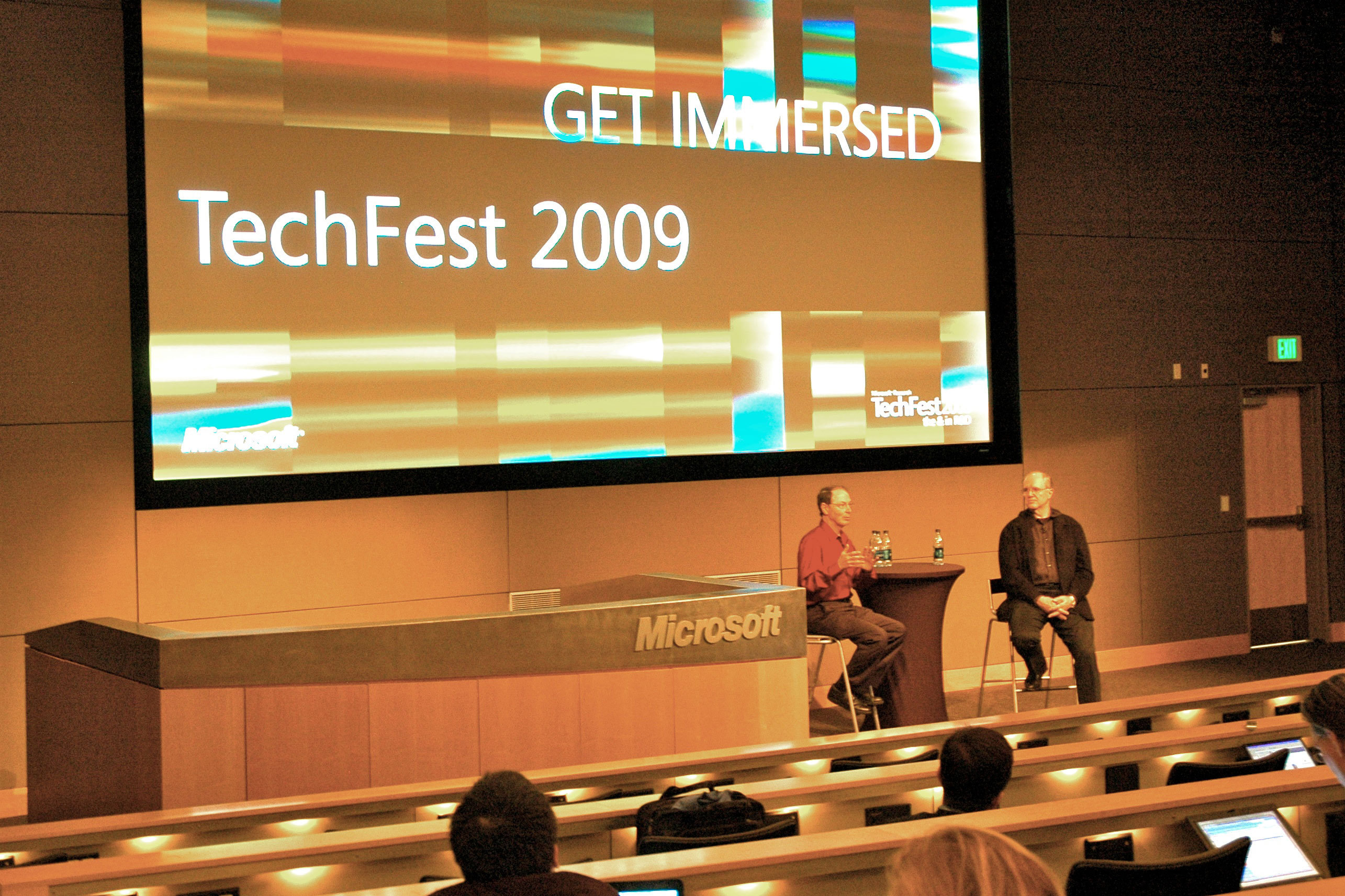 At Microsoft’s annual TechFest conference, where researchers from Microsoft Research (MSR) labs all over the world presented their ideas, the software giant clearly showed that it is committed to innovation.
As one of the two student reporters invited to the event, I was able to experience the latest demos of the Microsoft Researchers as well as have a quick chat with the senior vice president of MSR, Rick Rashid.

Rashid completed his undergraduate studies at Stanford, majoring in comparative literature and math, and then taught as a professor of computer science at Carnegie Mellon.

Rashid, in fact, pointed out that many of the key values at MSR are inspired from his years at Carnegie Mellon as a professor.
One specific example he gave was the “reasonable person” principle, which gives the researchers virtually endless financial freedom to explore their ideas as long as they are reasonable people.

He added that the relative stability of Microsoft gives MSR a freedom that academic research institutions have not experienced since the ’80s, especially with regard to how research money is allocated.

When asked about the value of MSR to Microsoft at large, especially in light of the credit crisis and some shareholder concerns over investment returns, Rashid said, “Long-term survival of Microsoft relies on basic research.” The reservoir of technology and the bright minds are what will keep the company one step ahead of its competitors. He said many of Microsoft’s current products in such fields as multimedia, gaming, and natural language processing are results of research done at MSR.

The demos presented at TechFest added more credibility to Rashid’s words. One of the demos presented was called “Situated Interaction.” Developed by Eric Horvitz and Dan Bohus, who studied at Stanford and Carnegie Mellon, respectively, the project aimed to create a robot front-desk receptionist for Microsoft, similar to Carnegie Mellon’s own Tank, the receptionist located in Newell-Simon. In the demo, the receptionist was able to detect groups and individuals separately and engage in natural conversation.

The receptionist could understand when it was being talked to and could attend to other people waiting in line whenever the members of the main group it was interacting with were engaged in a conversation within themselves.
The smooth integration of many different technologies, such as speech recognition, natural language processing, and interaction, was remarkable in this project.
Another presentation was called “SecondLight.” This project was somewhat based on the highly publicized “Surface” technology, which employs a multi-touch display that can support many inputs. In SecondLight, the researchers created a system in which images could be projected onto surfaces hanging in mid-air, right from the display underneath.

In a rather puzzling effect, the display essentially seemed to show one image and project another. The researchers achieved this feat by including a second projector underneath the screen that was switching on and off so fast the switch was imperceptible.
Another project, again developed by a Carnegie Mellon Ph.D., Mihai Bidiu, focused on automating monitoring tasks in the cloud computing systems. Cloud computing systems allow users to access information from a remote cluster.
The researchers developed a proof-of-concept system that they hope will be implemented in future cloud computing systems to make monitoring of the systems a lot easier and cheaper.

Another project, code-named “Viveri,” was about creating a new user interface for search engines to help users find what they really want instead of bombarding users with search results. The project aggregates content from multiple search engines. Viveri changes the way information is presented based on interaction with the user. The research presented at TechFest, as many researchers at the event pointed out, stands as a testament to Microsoft’s commitment to innovation and pushing for state-of-the-art technology. Readers can check out many of the other cool demos from the TechFest website.