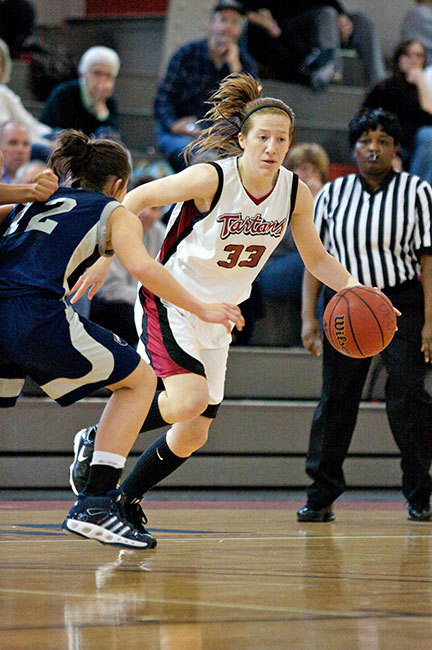 Despite putting up a good effort against Case Western Reserve and Emory, the Carnegie Mellon Tartans were unable to pull off a win in either game. (credit: Celia Ludwinski/Photo Staff) 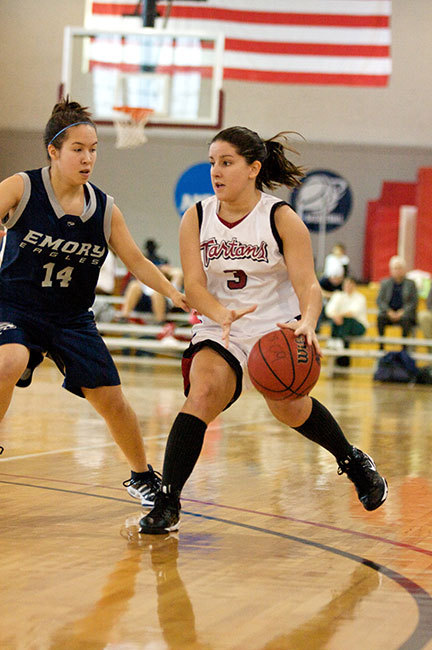 Despite putting up a good effort against Case Western Reserve and Emory, the Carnegie Mellon Tartans were unable to pull off a win in either game. (credit: Celia Ludwinski/Photo Staff)

Last weekend was a doubleheader for the Carnegie Mellon women’s basketball team as they took on two University Athletic Association (UAA) conference teams: the Case Western Reserve University Spartans on Friday and the Emory University Eagles on Sunday. The Tartans fell to both teams at Skibo Gymnasium, posting 66–54 and 80–65 final scores against the Spartans and Eagles, respectively. The losses dropped the team’s record to 5–15 overall and 0–9 in the UAA.

Early on in Friday’s game, first-year Jacki Cortese sank two layups to bring the team to a 9–4 edge, which later helped put the team 15–14 midway through the half. From the baseline, senior guard Corey Innes hit a three-pointer and junior Paige Williamson scored on a put-back. Eventually, Case Western Reserve started to rally and gained the lead with 31–21, with Spartans first-year Erin Hollinger hitting the basket with only 1:48 left in the period.

Fighting hard, the Tartans closed the gap to six points to end the period with a three-pointer by senior guard Stacie Aleski and a layin by first-year guard Ali Aunkst, which took the score to 32–26 in favor of Case Western Reserve.

The second period commenced with a 10–4 run, but the Tartans put up a 13–4 run to contest and come up right behind the Eagles with a score of 45–43 and only 10:47 on the clock. Within three minutes, both Aleski and Williamson managed to hit the basket before Case Western Reserve regained possession and Spartan Ashleigh Tondo took a three-pointer.

Cortese led the Tartans with 13 points, and Aleski and senior forward Rachelle Roll each brought in eight points.

Friday’s disappointment carried over to Sunday’s game against Emory, when the Tartans fell by a margin of 15 points to the Eagles. Emory gained an early lead, surpassing the Tartans 27–10 in the first period, but a senior effort from Roll and Aleski cut the deficit to four. Aleski sank two back-to-back layups off an offensive rebound, and Roll recorded a steal. Cortese finished the 18–5 streak with a layup, followed by classmate Mia White, who contributed to the play from off the bench to sink a three-pointer and cause a turnover that led to a three-pointer from Aleski. Despite a solid team effort and 15 points from Aleski, the Tartans could not overcome the Eagle edge and trailed 41–34 before the break.

Hope was rekindled when Cortese put away eight straight points on the board for Carnegie Mellon to bring the Tartans within three points of the Eagles at the 16:50 mark. Unfortunately, that small deficit did not remain for long, as Emory went on a 9–0 run. Not too long after, Carnegie Mellon responded with a layup from Roll and converted foul throws from Cortese and Aleski. The Tartans’ answer was unable to revive the game, and the Eagles ended up concluding the game with a 22–14 run.

Cortese led the Tartans with 22 points, grabbing 10 rebounds for her fourth double-double on the season. Aleski recorded a season-high 19 points yesterday.

The Tartans will host Brandeis University Friday at 6 p.m. and Emory University Sunday at 2 p.m. in Skibo Gymnasium.