Health Talk: The chemistry behind love 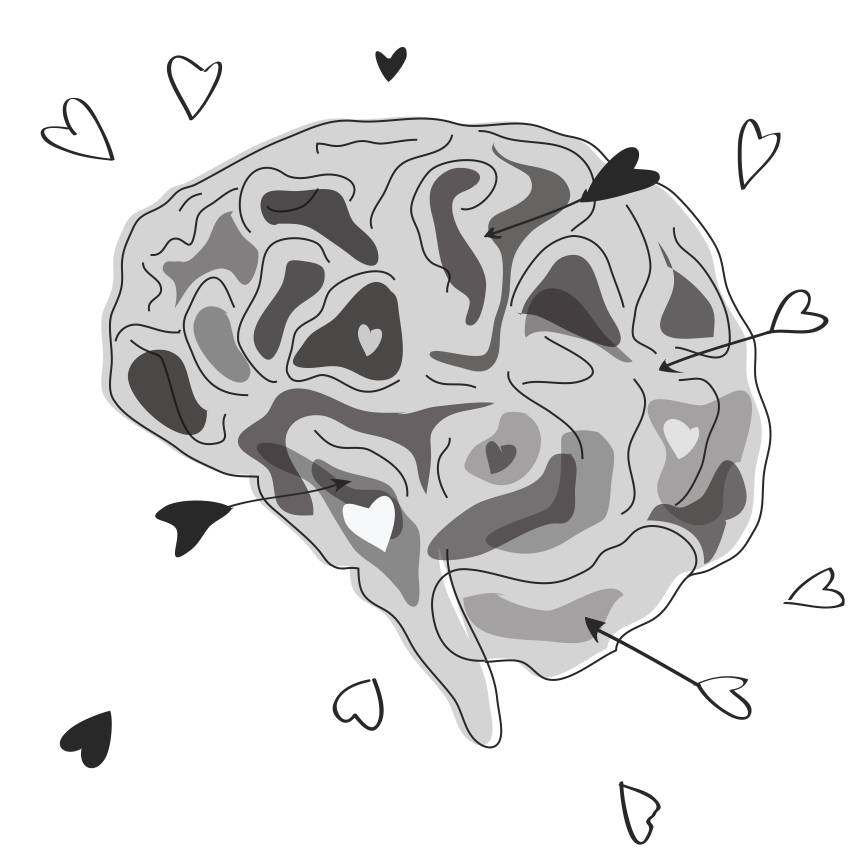 Have a crush on the girl who plays the violin or the guy with the perfect smile? Yes, Valentine’s Day is coming soon, and love is in the air. Love, just like most other reactions in the body, is strongly based on the miraculous processes in our body. With a cocktail of chemicals, the brain entices one to fall in love.

The next stage of love is attraction, when one can focus on little or nothing else other than the person he or she is attracted to. This stage is a result of a process under three neurotransmitters: dopamine, norepinephrine and serotonin. Norepinephrine is similar to adrenaline, which causes effects like a racing heart, sweaty palms, and flushed skin. Sound familiar? Yes, this is what happens when a person unexpectedly bumps into his or her new crush. Besides norepinephrine, dopamine plays an important role in the attraction stage. Dopamine is thought to be the pleasure chemical that produces the feeling of bliss. Researchers have used functional magnetic resonance imaging (fMRI) to observe people’s brains when they are looking at a picture of their object of affection. The scans showed increased blood flow in areas concentrated with dopamine receptors, which are associated with states of euphoria, craving, and addiction.

Together, the combination of norepinephrine with dopamine produces elation, intense energy, sleeplessness, loss of attention, and exquisite delight from small details.

In addition, men experience more of these feelings of love than women. Helen Fish, an anthropologist and well-known love researcher from Rutgers University, stated in her book The Nature of Love that “The human body releases the love rapture only when certain conditions are met and ... men more readily produce it than women, because of their more visual nature.”

The third stage of love is attachment. This stage allows a couple to bond for a longer period of time. Two important chemicals that are responsible for this stage are oxytocin and vasopressin. According to researchers at University of California, San Francisco, the hormone oxytocin has been shown to be “associated with the ability to maintain healthy interpersonal relationships and healthy psychological boundaries with other people.” Vasopressin, an anti-diuretic hormone, is another chemical that has an effect on long-term relationships.
It is believed that oxytocin and vasopressin interrupt the dopamine and norepinephrine pathways, which is a possible explanation of why passionate love fades as attachment grows within a couple.