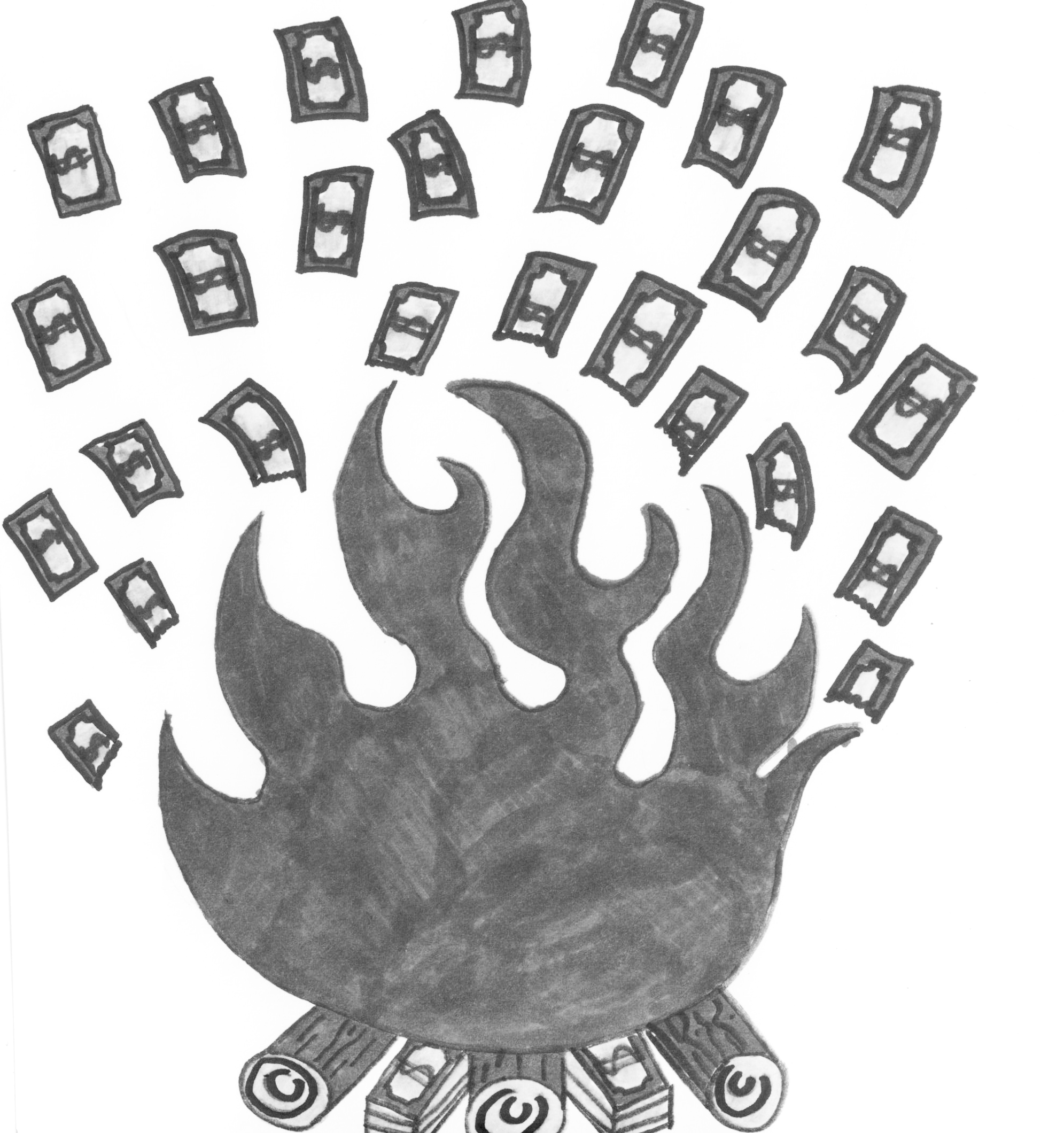 Credit: Terry Brown, Art Staff
Editorials featured in the Forum section are solely the opinions of their individual authors.

Complaints about many different aspects of life in Pittsburgh are common among Carnegie Mellon students. For example: There aren’t enough buses, the roads aren’t salted, the buildings aren’t attractive, and where’s the 59U?

However, these complaints must have slipped people’s minds on the night of Super Bowl, when I observed a number of people lighting objects on fire and pulling down street signs and parking meters. After all, how exactly do people expect the property that they have damaged to be fixed without using state and city money that could have otherwise been used to salt more roads or supply the city with more buses?

It would be hypocritical to say that I was completely absent from these celebrations. At the conclusion of the game, I proceeded to run down Forbes, chanting and screaming, “Here we go; Pittsburgh’s won the Super Bowl!” As I approached South Craig Street, a 40-something red-faced man ran out of PHI Bar with his cell phone, shouting, “We have a Cardinals fan on the phone! Let’s boo at the Cardinals fan on the phone.” And at one point, I was smacked in the face with a Terrible Towel by an intoxicated fan. Even so, things were fine until I reached Bigelow Boulevard near the University of Pittsburgh and looked up to see a young man trying to remove a traffic signal from its post. That’s when it hit me — this is not the Obama celebration mob that rushed into Oakland when the election results were announced; this is a Steelers riot. And the two are clearly not the same thing. But did it really need to be a riot?

It seems appropriate to recall the Obama mob that similarly marched down Forbes on Election Night 2008. Though there were thousands of college students out marching, running, and chanting much like there were for the Steelers riot, evidence of violence and destruction was far less on Nov. 4.

So why was it necessary that the Steelers celebration turn into a riot? As evidenced by the celebrations in Oakland after Obama was elected, Pittsburgh college students can celebrate without dismantling traffic signals and destroying other city property, and it seems worthless and irresponsible to engage in the violent and destructive behavior that Carnegie Mellon students usually like to blame on neighboring universities.

Reports from the Pittsburgh Post-Gazette indicate that there were 83 people arrested and 15 fires, in addition to many broken windows, traffic signals, parking meters, street signs, and bus stop shelters. Regardless of the exact monetary amount that the damage totals, it is evident that the city, which has had a structural deficit since 1993, will have to struggle to put together funding for repairs, especially in hard economic times like these.

Therefore, before we continue to complain about Pittsburgh, we must realize that the damage done can only be recovered by using city and state money. These damages force the city to divert funds that could have gone into reducing city debt, creating new programs, and improving infrastructure toward fixing what should have not been damaged in the first place.