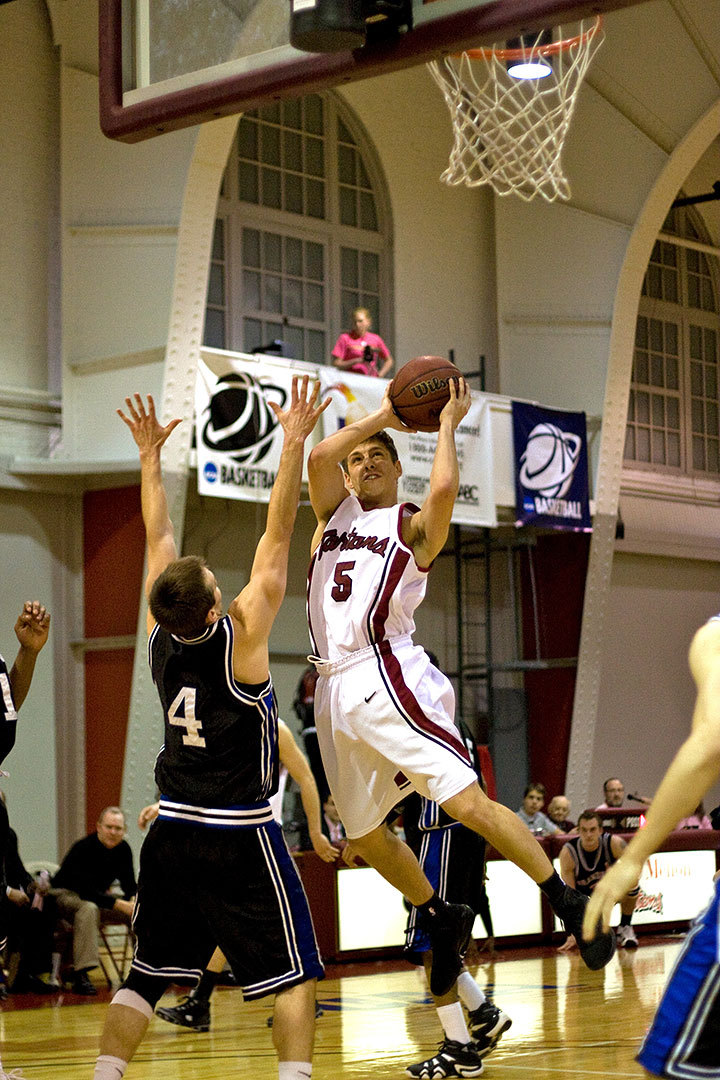 The Carnegie Mellon men’s basketball team has competed in four University Athletic Association (UAA) games over the past two weeks and finished with a 2–2 record. Two weeks ago, the Tartans hosted the Brandeis University Judges and the New York University Violets and this weekend, the team took on the Washington University in St. Louis Bears and the University of Chicago Maroons for the second time this season and split both weekends 1–1, with wins over NYU and Chicago. The Tartans are now 18–6 overall and 8–5 in UAA play.

Friday’s game was a constant battle for both teams, but the Judges were able to edge past the Tartans with a 66–63 victory. The Tartans started the game strong taking a commanding 10–3 lead, with six points coming from senior Terrance Bouldin-Johnson. The Judges stepped up their game and took their first lead of the half with 7:18 remaining to make the score 16–17. Brandeis controlled the rest of the half with a 26–31 lead entering the break. The visitors continued to lead the game after the break but after a powerful two-handed dunk from first-year John Durhing, the Tartans closed the gap to three. After the dunk, the Judges pulled away with seven straight points coming from Brandeis junior Andre Roberson giving them their biggest lead of the game at 44–54. The Tartans would not concede easily as junior Jack Anderson drained a three with only 15 seconds remaining. The Tartans had possession with 14 seconds remaining but senior Ryan Einwag’s three pointer did not fall.

The Tartans were more successful Sunday with a 79–73 victory over NYU. After a slow start and a 7–0 deficit, the home team rallied to control most of the first half. With 11:45 remaining, the Tartans took their largest lead of the game, 23–14. At the break, the Tartans led 37–35. NYU caught fire early in the second half to take a 49–46 lead, but the Tartans went on a 9–0 run to overcome the Violets, a lead that would last the game. Einwag led the team with a game-high 25 points followed by Anderson with 18.

Last Friday, the 25th-ranked Tartans took on second-ranked Washington University. The Bears started the game converting on 11–14 shots and continued the trend throughout the game defeating the Tartans 77–63. Anderson led the Tartans in the first half with 11 points and cut the Bears’ lead to nine entering the break. In the second half, the Tartans tightened the gap at 49–43 but they could not hold on as the Bears pulled away 56–43 with 12:18 remaining in the game. The Bears finished the game shooting 60 percent from the field while the Tartans were only 37.9 percent. Anderson led the Tartans with 16 points while sophomore Shane Rife added 11.

Last Sunday, the Tartans faced the University of Chicago Maroons in the windy city and came away with a 68–56 victory. The win marked the second time in UAA history that the Tartans have won at Chicago’s court. Neither team had a clear advantage in the first half with 12 lead changes in the first 15 minutes. It was not until senior Rob Pearson dropped in a lay up and initiated a 17–7 run for the Tartans with 5:13 remaining in the half. At the break, the Tartans led 37–28, and continued to control the floor for the first five minutes of the second half but a 13–4 run put the Maroons within four of the Cardinal and Gray. The Tartans answered with eight straight points and maintained the lead through the rest of the game. Einwag led the team with 25 points to put him second on the all time scoring chart for Carnegie Mellon with 1304 career points. Following Einwag, classmate Corey O’Rourke added a season high of 18.

The Tartans will end their regular season play next Saturday at the University of Rochester at 4 p.m.