Basketball drops two on the road 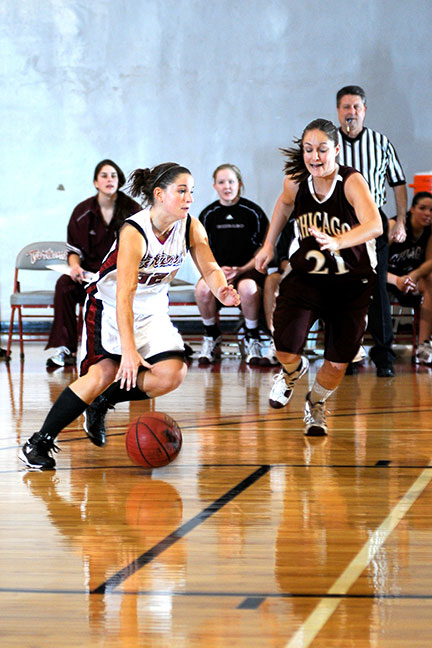 The Carnegie Mellon women’s basketball team proved to have a disappointing University Athletic Association (UAA) conference double header on the road, after failing to secure a win against the Emory University Eagles in Atlanta, Ga. and then traveling to Cleveland, Ohio to drop a 66–64 decision to Case Western Reserve University on Sunday. The Tartans’ record is 5–13 overall and 0–7 in the UAA.

After a slow start on Friday, the Tartans found themselves down 44–33 at the end of the first half. The Emory defense kept the Tartans from coming anywhere close to tying, with the closest score during the first half at 20–10 with 12 minutes remaining. Carnegie Mellon recovered in the second half, however, and managed to bring the score to 76–73 with six seconds remaining in the game. Unfortunately, a two-point shot at the last second by an Eagles player brought the score to a 73–78 loss for the Tartans.

First-year Jacki Cortese led the Tartans with a game- and career-tying high of 18 points and eight rebounds, while senior Stacie Aleski and first-year Ali Aunkst added 15 each. Senior Rachelle Roll also deserves an honorable mention, with her contribution of 15 points and six rebounds.

Once again finishing the game as a top scorer, Cortese secured a career-high total of 24 points followed by Aunkst with 17 points and nine rebounds, while Roll added five points and six rebounds. After an intense first half, the Tartans were ahead 33–35 after Aunkst shot a three-pointer. The Tartans constantly fought off the Spartans for the lead, except when Case Western Reserve momentarily went ahead 22–19 with six minutes remaining in the first half. However, the Tartans were not able to maintain the lead for the second half of the game and fell to 40–35 within a few minutes. The Tartans managed to pull together and charged ahead to 46–52 with 11 minutes remaining.

The intense tie continued until a minute left, when the score sat at 62–61. Aunkst and Cortese, with only 40 seconds remaining, added three points to the overall score, while Case Western Reserve shot a two-pointer, tying the score at 64–64. Just when the players could not get any more anxious, a Case Western Reserve forward made a layup with three seconds remaining, finalizing the Spartans’ win, 66–64.

When asked about last week’s performance, sophomore Jessica Buranovsky responded, “It was disappointing to work so hard but to come up with a loss. I think we just work hard to overcome a lot, and since we are a young team, hopefully we can have better results in the future. We play Case again on Friday, and I believe we have an edge over them since we just played them.”

The Tartans will face Case Western Reserve again at home in Skibo Gymnasium on Friday at 6 p.m. and Emory on Sunday at 2 p.m.