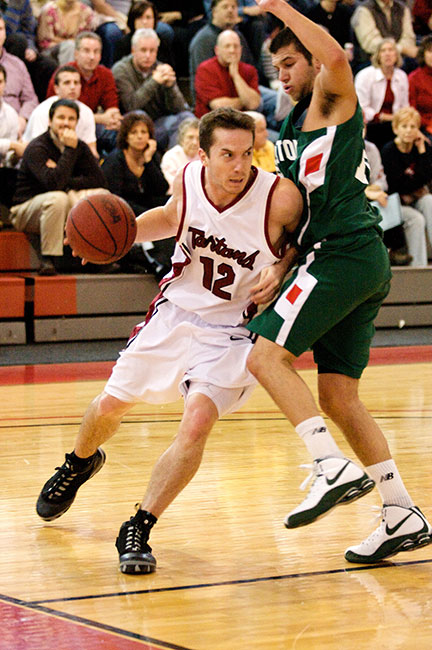 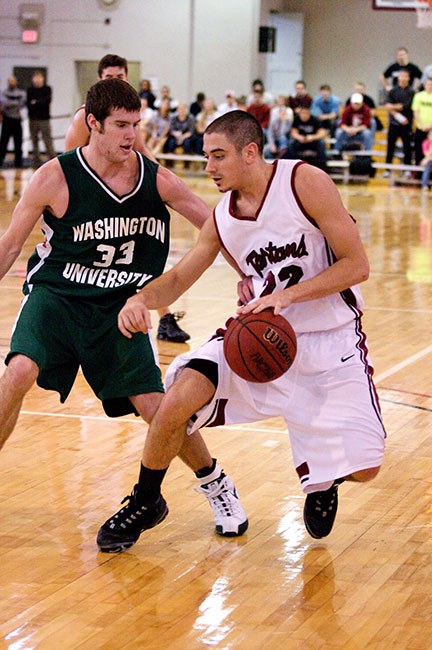 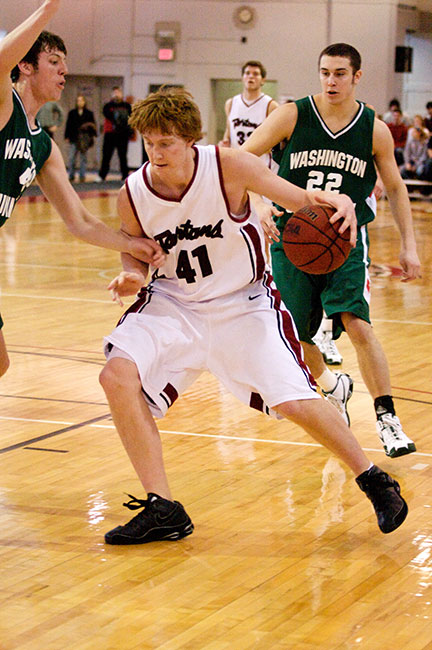 The 20th-ranked Carnegie Mellon men’s basketball team finally defeated Emory University on the road despite the Eagles’ home court advantage, a feat that has taken the Tartans 13 years to accomplish. With a Friday game in Atlanta, Ga. against Emory and a Sunday game in Cleveland, Ohio against Case Western Reserve University, the Tartans ended the University Athletic Association (UAA) double header weekend splitting the results. The Tartans came out victorious in the first match-up, defeating the Eagles 60–51 but fell to Case Western Reserve, 67–75, to move their record to 14–4 overall and 4–3 in the UAA.

In the opening minutes Friday, the Eagles gained momentum and their only lead of the game, but Tartans seniors Ryan Einwag and Terrance Bouldin-Johnson thwarted their plans for domination as Einwag put away a lay-in and three-pointer and Bouldin-Johnson sank a jumper to overtake Emory, 7–2. Seniors Rob Pearson and Corey O’Rourke and junior Jack Anderson contributed points on the board to maintain a six-point edge at the half, 30–24.

Coming out of the locker room, Carnegie Mellon amped up its advantage with Anderson putting the final touches on the 12 point streak. Moments later, Eagle Chad Hixon sank nine straight points in just four minutes to close down the Tartans’ lead to 49–47. With Emory on their heels, the Tartans trumped any chance of the opposition pulling through when Einwag finished a three-pointer followed by Bouldin-Johnson’s converted four straight free throws in the final minute to overpower the Eagles and seal the Tartans’ 14th win of the season.

Anderson led the Tartans’ attack with 14 points, followed by Einwag with 12 and Bouldin-Johnson with 10, and O’Rourke tallied nine rebounds to best the opposition.

Unfortunately, the excitement from Friday could not pull the Tartans through to a second away win of the weekend despite jump starting the game against Case Western Reserve with five points in the opening minutes. The Tartans maintained their lead until the 14th mark when a foul throw equalized the score at 12–12 and put the Spartans moving forward to create a five-point edge. The Tartans rallied in the final minutes of the half and hit the lockers with a 34–39 advantage.

Although the team came out strong and put away some points, the game remained tight with buckets coming from both sides. The Tartans began to trail behind in the 13th minute and eventually fell back by seven points. Despite closing the gap slightly in the final minute with an Einwag jumper, Case Western Reserve’s Steve Young and Kevin Herring converted two and four foul throws each in the final seconds of the game to drop the Tartans well behind.

“Shots that we normally hit were coming up short and we were letting guys score that had no business doing it,” said Boudin-Johnson. “Ryan played well and we needed someone to step up and help him. As a senior and captain, it should have been me. I let my team down and I won’t let it happen again.”

The Tartans play host to the same opposition as last weekend, when they take on Case Western Reserve with an 8 p.m. tip-off on Friday and Emory with a noon start on Sunday at Skibo Gymnasium.