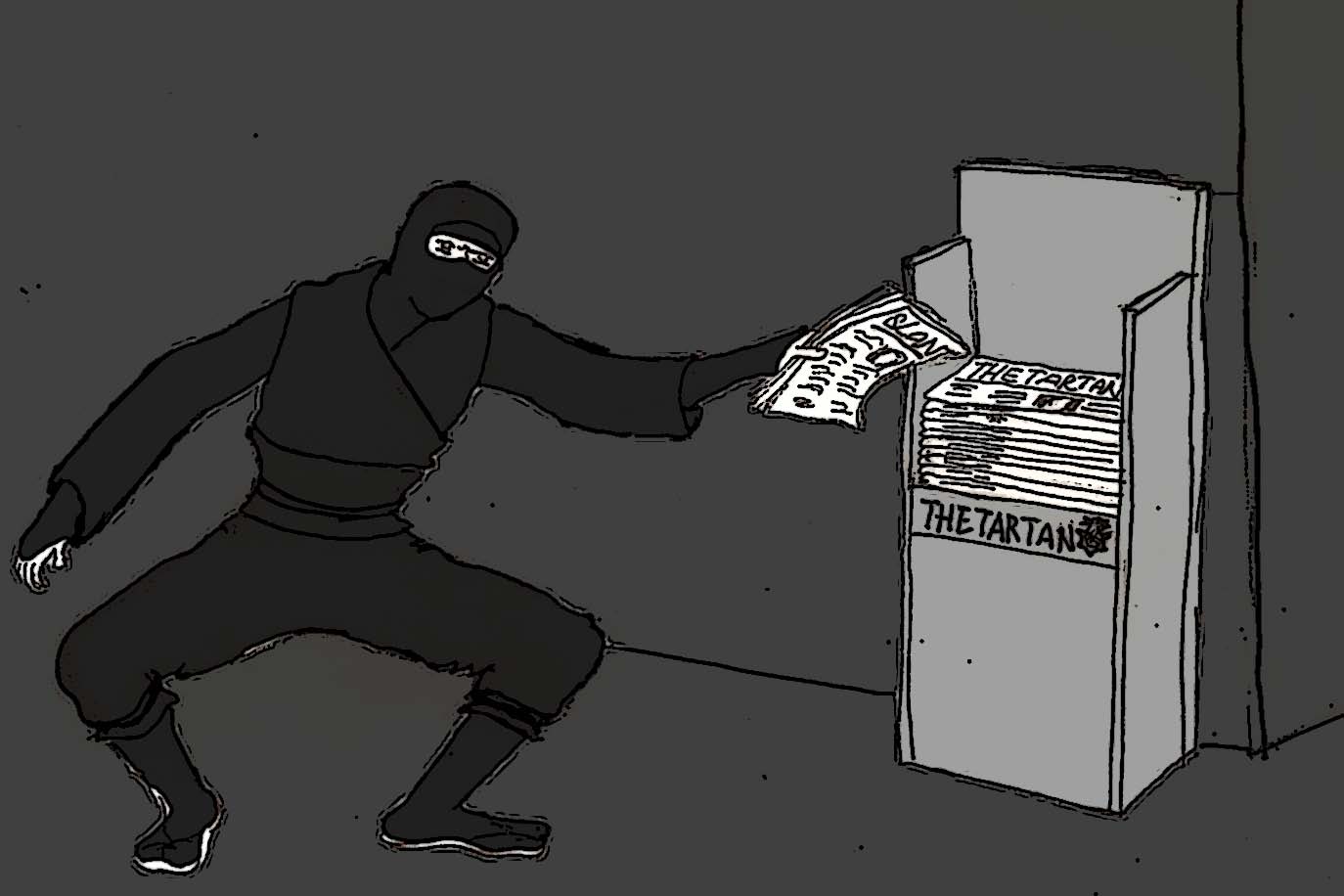 Along with The Tartan, The New York Times, and the other news sources regularly distributed on campus, a new publication demands your attention: The Weekly Slant.

As the self-proclaimed and self-parodying “only news source that you need to be a well-versed, knowledgeable, and informed citizen,” The Weekly Slant originated on Jan. 1 of this year as a blog at theweeklyslant.blogspot.com, but has just recently entered print circulation on our campus.

In bathrooms, in classrooms, on the counter of La Prima Espresso, on top of stacks of The Tartan — The Slant is seemingly everywhere.

The Slant’s writing is witty, biting, amusing, and is, for the most part, well-written and well-composed.

The articles featured in The Weekly Slant appear to be based in facts but are laden with quotations from fabricated sources, and sometimes the quotations themselves are completely false. For example, President Obama is quoted in The Slant in an issue two weeks ago saying, “it’s time to pretend Change the world!” Even a man whose name is being written in history books is not safe from the elusive “AP,” writer and editor of the publication.

This publication, which is “strongly dedicated to the principles of Humanism, Cosmopolitanism, Rationalism, and Scientific Inquiry,” covers topics that are not only relevant to Carnegie Mellon, such as a somewhat controversial article about SPIRIT, but also local and national news.

Indeed, it is quite amusing to read “news” borne of someone’s imagination, but don’t take anything he or she writes seriously. While it would be nice to believe the producers of The Weekly Slant don’t intend to hurt anyone’s feelings, even if they did, they probably wouldn’t care. More journalism is more journalism, however, and we are always in support of more news publications on campus.

While the articles may be parodies, they still relate to current events, both on campus and nationally, but give a more sarcastic take on the events. The publication is a readme-esque take, although The Weekly Slant actually makes fun of readme in one of its articles. While the articles may not be entirely accurate, they do convey the author’s thoughts on various topics, which makes it a very interesting read.

Regardless, it’s safe to say this new addition to our campus should quickly gain attention and readership with its sarcastic, witty take on the Carnegie Mellon campus community.