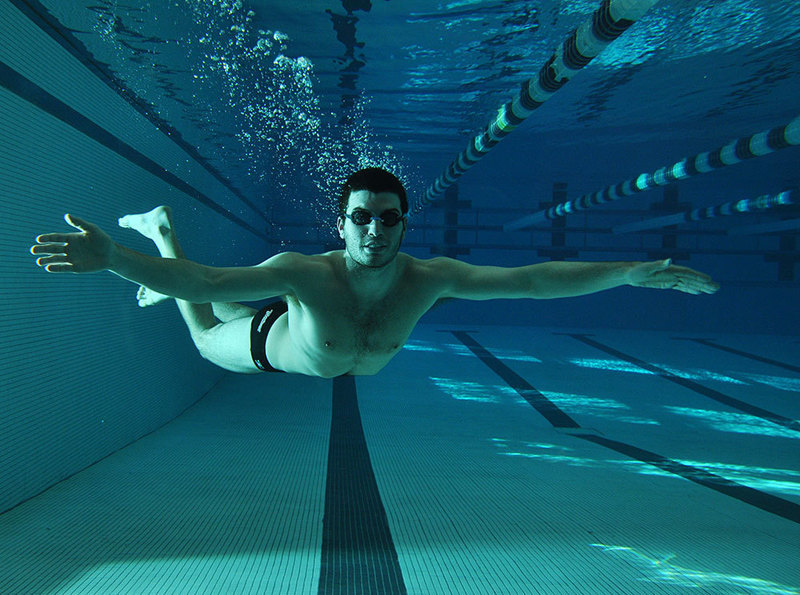 With his senior swimming season underway after a victorious showing against Clarion University on Halloween, Jeff Dahlen is hopeful that the talent and determination he already sees in himself and his teammates will take them far. Dahlen was the University Athletic Association (UAA) Champion last season in the 100-yard and 200-yard backstroke and is currently on the A team for the swimmers for the 200-yard medley relay. While Dahlen has aspirations to someday become an Olympic swimmer for Mexico to represent his roots, he would be satisfied competing in triathlons to stay connected to the sport he loves.

Dahlen is a native of San Juan Capistrano, Calif., and admits that coming to Carnegie Mellon was a bit of a lifestyle change. Although the area lacks the beaches and perpetual sunshine of Southern California, Dahlen enjoys the feel of a college town and opportunities for activities that Pittsburgh offers. Another aspect missing in the area is a source of good Mexican food, although Dahlen admits nothing can compare to his grandmother’s traditional cuisine. Dahlen looks to return to his home state for graduate school to obtain a Ph.D. in neuroscience with the University of California in San Diego as his top choice. Though he is majoring in biological sciences, Dahlen cites his favorite course at Carnegie Mellon as poetry.

Growing up in a predominantly baseball-oriented generation in his family, Dahlen did not pursue swimming until later in his upbringing. Describing his inspiration to start swimming, Dahlen said, “When I was in middle school, I found a huge box of ribbons, medals, and trophies in our attic from when my father swam in high school and college, and I naively said to myself, ‘I can do that.’ ”