Having hope reduces happiness in patients 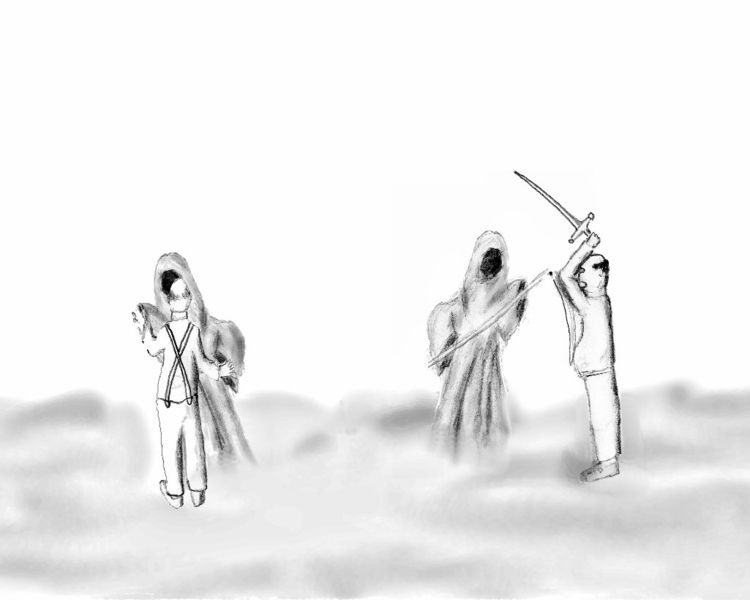 Recent research has shown that people who lose hope of recovery and accept the fact that they are dying may be happier than those who keep hoping to get better. (credit: Alex Moser/Art Staff)

Every now and then, researchers in the scientific community reveal a finding that upturns popular belief: The sun is the center of the solar system; nothing travels faster than light; Pluto isn’t actually a planet.

And just recently, another discovery was added to the list. Researchers at Carnegie Mellon University and the University of Michigan have found that giving up hope may make a person happier. The basis behind this surprising study was the satisfaction of life as evaluated by patients who underwent colostomies — a process by which the colon is attached to the abdomen, such that feces leave the body through the abdomen. Some patients were told their colostomies were irreversible, while others were told they might be cured in the future.

George Loewenstein, a professor in Carnegie Mellon’s social and decision sciences department and also a principal researcher of the study, surveyed the “overall quality of life” of these patients using two different scales, which enabled a numerical quantification of happiness. The first scale, described as the “satisfaction with life” scale, used five general statements to assess respondents’ general feelings and attitudes concerning their life. These were very broad, and included statements such as, “in most ways my life is close to my ideal” and “so far I have gotten the important things I want in life.”

As Loewenstein explained, “Respondents indicate how much they agree or disagree with these statements on a 1 to 7 scale ranging from ‘strongly disagree,’ which is 1, to ‘strongly agree,’ which is 7.” The second scale, known as the “ladder scale,” asked patients to describe their current view on their life. “This asks participants where on a 0 to 10 ladder they stand at the present time,” Loewenstein said. “The top of the ladder, 10, represents the best possible life for them, and the bottom, 0, represents the worst possible life.”

The outcome of the research proved to be something unexpected, but Loewenstein offered a logical explanation, reflecting the notable human ability to adapt to many situations. Loewenthal states, “There are probably good reasons that we adapt to ongoing adverse circumstances. Negative emotions serve the function of motivating us to change our situation, but if a situation generates negative feelings for some time and doesn’t improve, it’s probably an indication that we are powerless to change it.”

The patients who were told their colostomies were irreversible were in a situation they had no control over; any feelings of distress might be natural, but would not help change their condition. “At that point, dwelling on it further is no longer productive, so we evolved to adapt to negative situations — to stop feeling bad about them when they have been constant for some period of time.” Just as humans can adapt to moving to a new location with a new climate, these patients showed they could adapt to living with different circumstances.

This research can be applied to different aspects of life other than life-changing surgery. Loewenstein noted that individuals were happier if their spouse had passed away rather than divorced them. These individuals are similar to patients who now live with irreversible colostomies, in that they have no chance of regaining their old life. In essence, the finding shows that happiness and what is generally considered a “happy” outcome are not necessarily correlated.

The study holds implications for the psychology of those who have to give the bad news. As Loewenstein explained, “People are often reluctant to be the bearer of bad news, both because they don’t want to be blamed and because they don’t want to make someone else feel bad. But, while giving bad news an optimistic spin may be easier for the person conveying the news, it may well be worse, at least in the long-term, for the person receiving the news.”