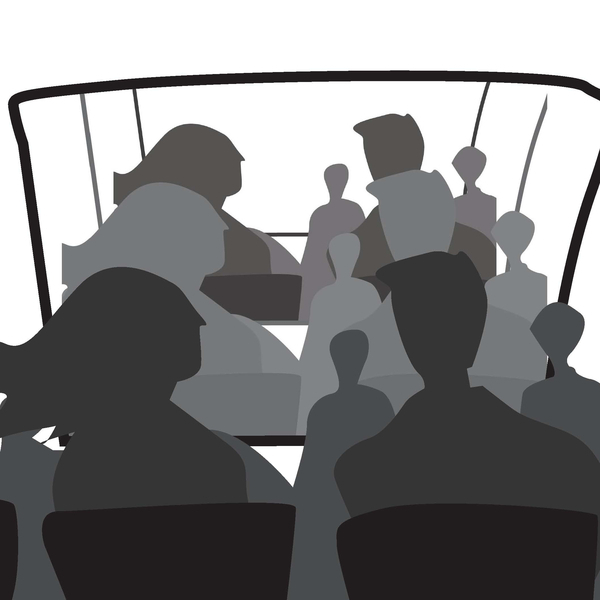 I’ll admit it — I’m a television addict. If I’m in my room, there’s a good chance the television is on. This means that I’ve seen at least a few episodes of pretty much every popular TV show and almost every episode of my favorite ones. It also means that I’ve seen way too many commercials, many of which are advertising other shows that are airing or movies that are about to be released.

Because of my time spent staring at or listening to the television, I consider myself an expert of sorts on TV and movie trends (vampires are big now, in case anyone’s missed that one). And I’ve noticed another recent — and rather disappointing, in my expert opinion — trend in television and movies: the remake.

I know what you’re thinking — remakes are popular now, were popular years ago, and will be popular for years to come. But I think the remake trend has become even more noticeable in the past few years. Two of the shows airing on the CW right now are remakes — they’re currently showing new episodes of 90210 and Melrose Place. And the CW has caught the vampire trend, too, with their show The Vampire Diaries, so they clearly know what’s happening. Movie remakes happen all the time as well. I’m sure almost everyone has seen the Christmas classic A Miracle on 34th Street (Matilda is in it!), which is actually a remake of an old black-and-white film with the same title. Planet of the Apes, King Kong, Hairspray, Footloose — almost every horror movie in existence has been subjected to Hollywood’s recasting, refilming, and rereleasing.

But old television series and movies aren’t the only places that Hollywood execs are getting their ideas from. There have also been a huge number of books that have been turned into movies. Harry Potter, of course, along with Twilight (the book that started the recent vampire craze), My Sister’s Keeper — the list goes on and on, and these are all movies that were released in the past year. And while making a book into a movie is different than simply remaking an old show or movie, it still promotes what I believe to be behind the remaking trend: a lack in creativity.

When a movie or show is remade, or when a book is turned into a movie, the idea is already there, laid out right in front of you, with no independent thinking or creative process that needs to be done. The characters are developed, the plot is fleshed out, and the ending has already been decided. And it’s clear that people will be interested in the show or movie, because the old one that it was based on was popular, or else it wouldn’t have been chosen for a remake.

Even on shows like 90210 or Melrose Place, where most of the characters are new and only one or two of the original stars have come back, I maintain that much of the work is already done. The storylines seem to follow the same cliche — albeit entertaining — plots that their original counterparts did: Someone unexpected gets pregnant; someone is on drugs; someone is gay.

I can’t completely fault the entertainment industry for taking the easy way out and remaking something old rather than trying to come up with something new. They want to keep their jobs just as much as any of the rest of us would, and if they can make something that will almost certainly be a hit instead of coming up with a new idea that may or may not fare well in the ratings, why not go for the sure thing? But who I believe is at fault, however, is us — the audience, the people watching these shows.

Why do we put up with remakes in television and movies when we wouldn’t in any other entertainment field? Books don’t get remade — no one wants to buy two copies of the same book written by two different authors. No matter how many words the author would change, the new book wouldn’t be purchased because the plot and the characters, the heart of the book, the creative part, would remain the same. Authors must constantly come up with new ideas — new plots, new characters, new situations — and other branches of the entertainment industry should be held to the same standards. Creativity should not be left out of television and movies simply because it can be.