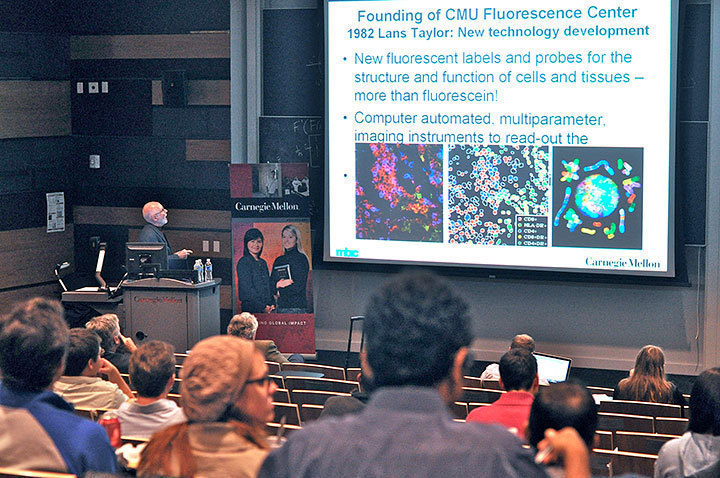 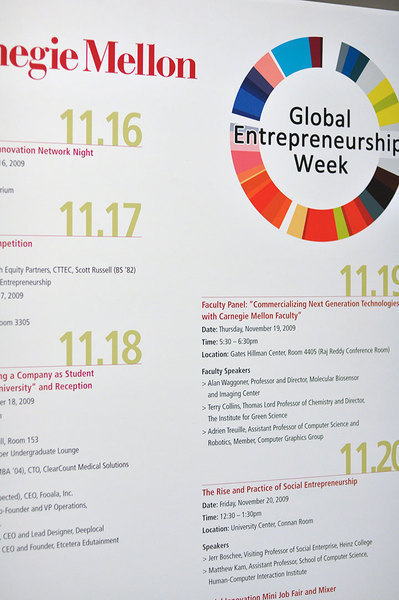 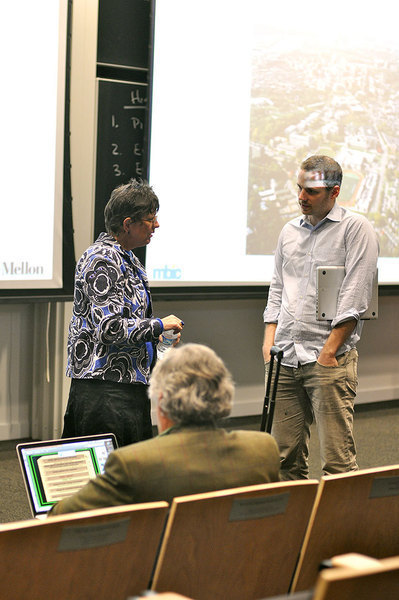 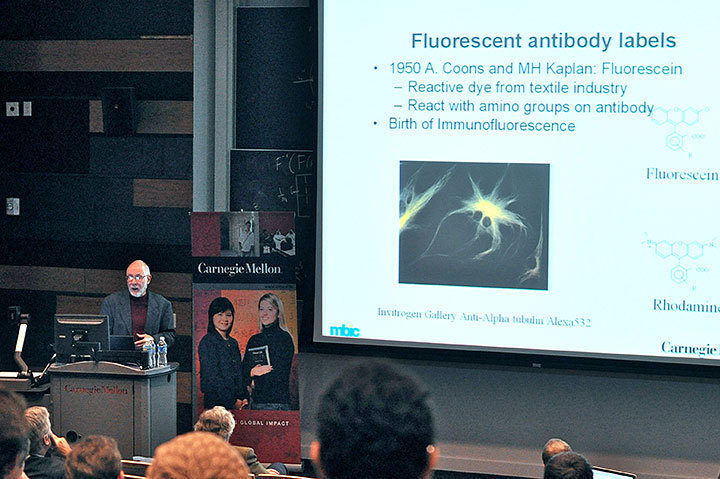 The week kicked off on Monday with an Entrepreneurship and Innovation Network Night. “In the four years I have been at Carnegie Mellon, this was the first event I have been to at the university that allowed undergraduate and MBA students to network and exchange ideas,” Lauren McMicken, a senior economics major who attended the event said. “I was surprised how many students I met that had already started companies and were working on their next big project. Everyone I met was really excited to tell me their ideas and to hear about mine.”

Other events during the week included a 90-second elevator pitch competition, an alumni panel about starting a company as a Carnegie Mellon student, and a faculty panel about commercializing next-generation technologies at the university, along with a social entrepreneurship and innovation lecture, a mixer, and a mini job fair.

Wednesday’s alumni panel was moderated by Steve Fleck (MBA ’04), the chief technology officer and co-founder of ClearCount Medical Solutions Inc., which Fleck started while he was getting his MBA at the Tepper School of Business. Participating in the panel were Nathan Martin (BFA ’00), the CEO and lead designer at Deeplocal; Bryan Kaplan (BS ’02), the co-founder and vice president of operations of Collaborative Fusion Inc.; Jessica Trybus (MET ’04), the CEO and founder of Etcetera Edutainment; and David Chen (BS expected ’10), a current student and CEO of Fooala Inc.

All of the panelists launched companies while students at Carnegie Mellon — some even before. Chen started a tech company prior to Fooala when he was only 11.

Panelists were asked how they stayed close to their customers while being at school, what resources at Carnegie Mellon helped them the most, and what challenges they faced and how they overcame them. All panelists agreed that Carnegie Mellon opened many doors. Trybus said, “I wouldn’t be doing what I’m doing now without Carnegie Mellon ... people are always so accessible and willing to help.”