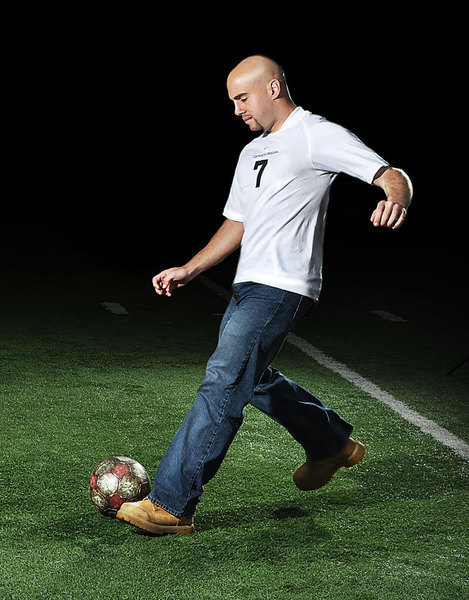 With one regular season game remaining this season, being No. 9 in the NCAA Division III is a pretty gratifying reward for the hard work of senior Pat Lutz and the determined and skillful Tartan men’s soccer team. Recently, Lutz collected his third UAA Men’s Soccer Athlete of the Week honor, as well as being venerated as the Eastern College Athletic Conference (ECAC) Player of the Week. Lutz was a key player in the Tartans’ double-victory weekend against Brandeis University and New York University, with the game-winning, lone goal against Brandeis and another goal and an assist in the NYU matchup.

Lutz is majoring in mechanical and biomedical engineering, and at this point is deciding between graduate school for biomechanics or finding a job in the field after he graduates in the spring. An avid fan of staying in shape, Lutz would love to channel his savvy of the human body into an additional study of kinesiology if he had the chance. Staying active and playing soccer has family ties for Lutz, as his father taught him and his brother how to play when they were young to hone their competitive spirit. Lutz notes that his favorite sport growing up was actually hockey, and the Lebanon, Pa. native remains an ardent Philadelphia Flyers fan. Although going to school in Pittsburgh means having to endure the Penguins hockey rivalry, Lutz enjoys the activities that city living has to offer and the change of pace in comparison to his country upbringing.

The Tartans’ final UAA regular season game will be against Emory University in Atlanta, Ga. on Saturday. Lutz, who has been successful in scoring game-winning goals in past seasons, aims to be a part of the team’s enthusiastic bid to become conference champions.