A play within a play: Edwin Drood impresses 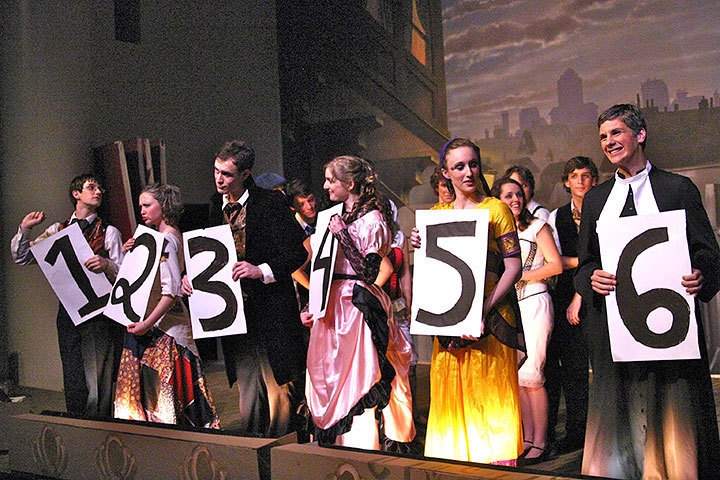 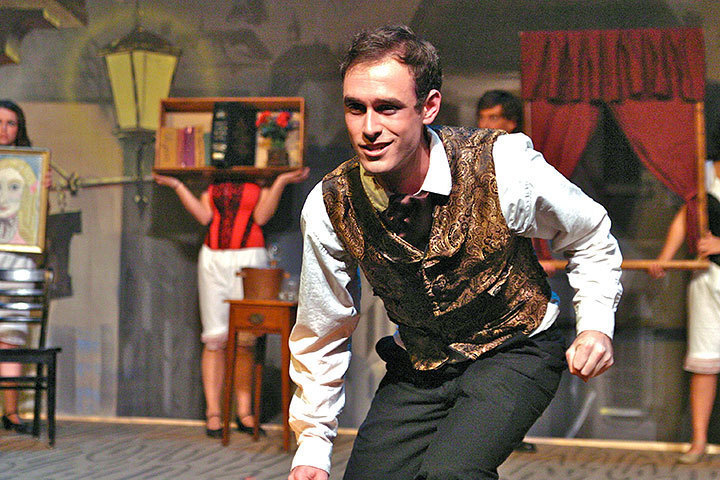 Last Friday evening, McConomy Auditorium filled with students and alumni alike, all ready and eager to witness Scotch’n’Soda’s opening night. From the moment one walked into the theater, it felt like a trip into Victorian England. The ticket sellers, the ushers, and everyone involved in the event were in character — maintaining thick English accents and being exceptionally informal with the crowd. As the seats began to fill up, the cast members themselves wandered into the audience, keeping character in conversations and describing to their various sections the voting processes saved for the end of the show.

Dickens’ book is set to take place in the fictional city of Cloisterham and is narrated and named after an Edwin Drood (played by senior history major Laura Thorén), who tells the story of his uncle and choirmaster John Jasper (junior English and philosophy major Nick Ryan). Jasper has fallen madly in love with his musical pupil and his nephew’s fiance, Rosa Bud (first-year drama major Olivia O’Connor). Rosa also catches the eye of Drood’s arch nemesis, Neville Landless (first-year architecture major Bradley Sherburne), who has just moved from Ceylon with his twin sister Helena (sophomore BHA student Liz Martindale). The story makes for a hilarious love triangle. Suddenly, on Christmas Eve, Drood goes missing and audiences are left to uncover the murdering culprit behind his disappearance.

“It was funny,” said Ruthie Tane, a first-year in the science and humanities scholars program. “The audience participation was the best part of the show. By the end, we had all worked together to vote the dumbest cast member the detective and the holy reverend the murderer. It’s like everyone was on the same twisted page.”

The amount of dependency placed on the audience truly was one of the most unique aspects about this show. The performers encouraged audience members to boo and cheer for other troupe members, and with the intense level of audience participation and the relaxed, friendly atmosphere, it was as if every member of the audience were playing their own role.

Had one not known, it would have been safe to assume that this production was the work of top-notch drama majors straight out of Purnell. The music and songs were beautiful and seemingly effortless for the performers. Each actor did a spectacular job in transforming themselves to fit their role. Perhaps most deserving of a special mention was Ryan, along with Alex DiClaudio, a graduate student in creative enterprise management, who played the Chairman.

Audiences responded particularly well to the comical ways of Caitlin Cox: “The actress who played The Princess Puffer did a spectacular job,” said Alina Narvaez, a first-year BHA student. “She was hilarious and her voice was so unique. I also thought the actress who played Helena Landless [Martindale] did a beautiful job with her songs.”

Although the show did seem a bit lengthy, it was impossible to keep from laughing the whole way through. Overall, Scotch’n’Soda began their year with a truly enjoyable performance.