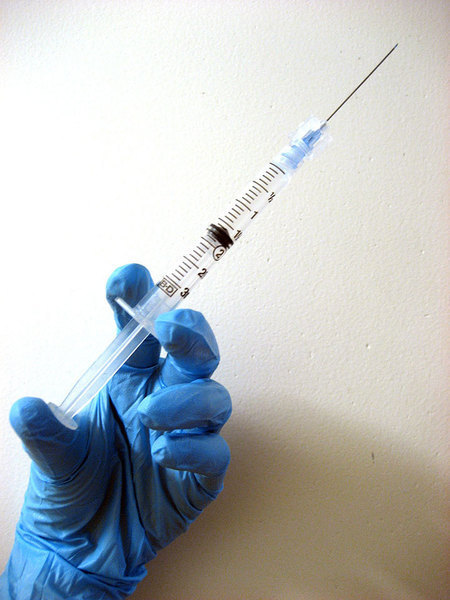 In the past few weeks, Carnegie Mellon University has held clinics for students, faculty, and staff to receive the seasonal flu shot and the vaccine for H1N1, otherwise known as swine flu. It first appeared in the United States in April 2009 and has since spread to 46 states. The contagious virus, which has proven especially to strike those between the ages of six months and 24 years, was declared a global pandemic by the World Health Organization on June 11 of this year.

As more than 1000 American citizens, including 100 children, have died, President Obama declared H1N1 a national emergency on Oct. 24 of this year. In effect, this declaration gives hospitals the power to effectively treat those in need with such options as alternative care sites.

“I think that this is an appropriate measure because it provides health care systems with the flexibility and resources they will need to respond to a high demand for care,” said Anita Barkin, the director of Student Health Services.

Typically, there are 36,000 flu-related deaths a year and 200,000 patients hospitalized from non-H1N1 flu-related effects.

By the end of March or April, the United States is hoping to have distributed 250 million doses of the vaccine. According to www.flu.gov, as of Oct. 21, approximately 11 million doses, including over 400,000 to Pennsylvania, have been issued to states. The vaccine comes in two forms — one a nasal spray and one an injection. “The nasal spray is live attenuated [weakened] virus. The injection is inactivated virus. The nasal spray is not recommended for persons who have underlying medical conditions like asthma or diabetes,” said Barkin, explaining the difference between the two. The nasal spray, which the University has distributed, is approved for those from ages 2 to 49, and adults require one dose while children require two.

To ease concerns over the new vaccine, the Centers for Disease Control (CDC) explained in the pamphlet handed to students who received the vaccine that it was made in the same manner as the one for the seasonal flu. Side effects so far appear to be site redness and those typical of the seasonal flu, such as headache, congestion, cough, and mild fever. Those with weakened immune systems should not receive the nasal spray. On campus, “seasonal flu vaccines have been made available through clinics that have been occurring since mid-September. Our first H1N1 vaccine clinics were held on Oct. 13 and 15 in the University Center,” said John Hannon, the director of student development. The university was trying to increase student awareness of the vaccine and increase turnout.

“I’m not really sure what will make people take it more seriously, but hopefully spreading the word will do the trick. That’s why they’re having clinics in residence halls this week,” mentioned Ariel Rosenberg, a resident assistant in Stever House and a junior science and arts major.

At the flu clinics on Oct. 26 and 27 in Morewood Gardens and the Carnegie Mellon Café, the university’s supply of approximately 2000 doses of nasal spray was depleted. More than 1300 students were vaccinated since the nasal spray was offered, along with faculty and staff. Although the supplies are currently exhausted, the university is still prepared to help those who may become ill and will notify students as soon as more supplies of the vaccine arrive.