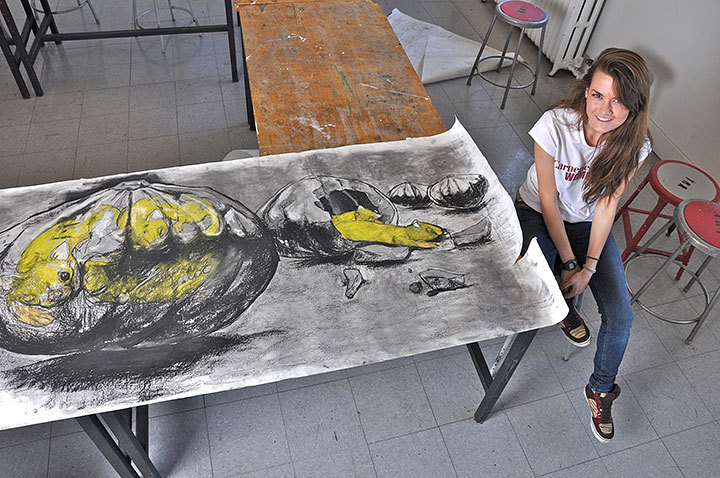 In only her first year at Carnegie Mellon, Emily Wobb is already making the most of life as a busy student athlete. Between balancing the challenging first courses of a major in fine arts and bonding with her dorm-mates over her projects, Wobb has been a top performer for the Tartan women’s cross country team. Earlier this season, Wobb was recognized by the University Athletic Association (UAA) as the Women’s Cross Country Athlete of the Week when she finished first at the Waynesburg Invitational, helping the team take first place out of eight teams.

This past weekend, Wobb led the Tartans to a seventh place finish out of 44 teams at the National Collegiate Athletic Association (NCAA) Mideast Regional held at Muhlenberg College.

Cross country has served other purposes for Wobb besides giving her an outlet for athletic success. Although she tried lacrosse in middle school, Wobb gave cross country a chance at the urging of her stepfather. She said, “He said he would leave it up to me to continue or not. After I ran my first race, I was hooked.”

Wobb said that the friendliness and acceptance from her teammates and peers at Carnegie Mellon has given her more confidence to tackle her schoolwork, and that the schedule of practices and traveling to meets has allowed her to focus on time management. Wobb is also thankful for the nonjudgmental attitudes she has been greeted with from the people she has met, which is one of the best things she has experienced so far in her first year of college.

After a strong first season with cross country, Wobb plans to stay involved with indoor and outdoor track. While she is still not sure where she would like to end up for a career, Wobb still has plenty of time to work hard at school and enjoy her impressive performances on the cross country trails.