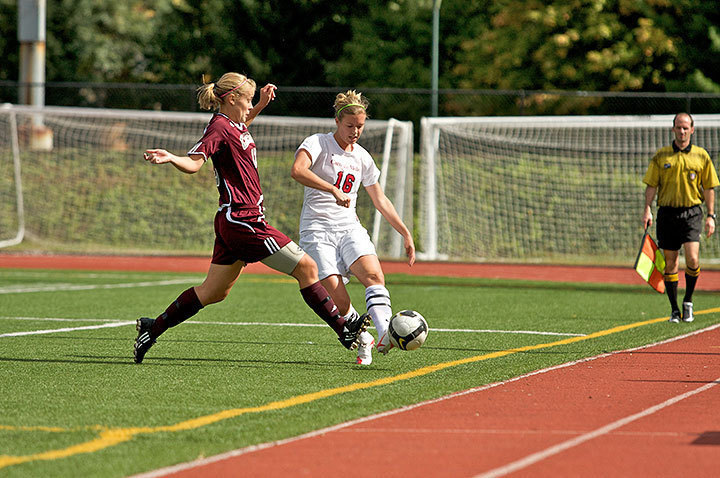 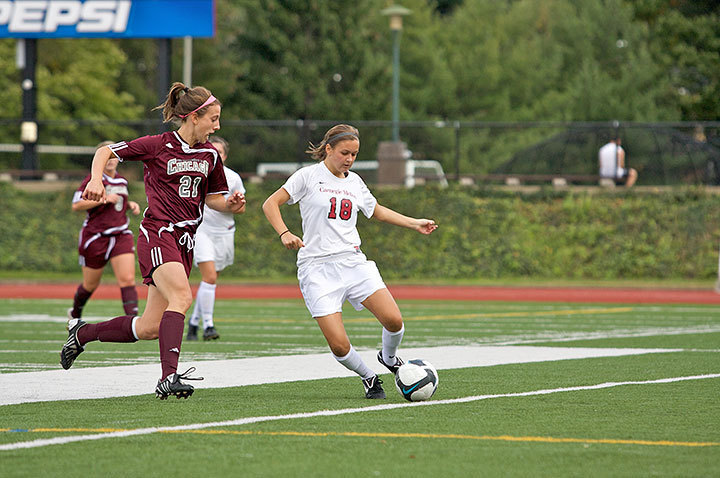 This week, the Carnegie Mellon women’s soccer team continued to improve their game by first defeating Grove City College on Tuesday, followed by tying with the University of Chicago on Saturday. These results improve their season record to a commendable 4–4–1.

On Tuesday, the Tartans traveled to Grove City to take on the Wolverines. The beginning of the match was a struggle for the Tartans, as the first goal was scored at the 30-minute mark by Grove City. Once the second period started, the ladies boosted their offense. This effort paid off when Tartan sophomore Ava Murphey made a 20-yard pass to sophomore Elsa Wu, who scored 15 minutes into the second half of the game. Wu scored a second goal with less than 10 minutes remaining, bringing the score to 2–1.
Unfortunately, Grove City fired back with a goal of their own in the last few minutes of the game, which brought the score to a nail-biting 2–2, and the game transitioned into overtime. At 3:47 after overtime started, first-year Lissie Arndt kicked the ball to the left corner of the box, where it was received by Wu. With a swift kick in a tension-filled stadium, Wu scored, ending the game at 3–2.

Wu’s performance during this match was exceptional, as this was her first hat trick of her soccer career. With this win, the Tartans’ record rose to 4–4 for the season.
That following Saturday, the Tartans played at home in Gesling Stadium against the Maroons. The first goal of the game was nearly scored by Carnegie Mellon’s own junior Val Corvino, but her shot was blocked at the six-yard line. A minute later, Chicago scored a goal of their own, improving their score to 0–1. The excitement of the game continued during the second half, when Chicago attempted to score again 67 minutes into the game but was intercepted by junior Emily Overstreet. Just two minutes later, Overstreet made a corner kick to first-year Katie Davis, who in turn went for the goal, but that was saved again by Chicago. With 3:37 left in the second half, Overstreet passed a corner kick to junior Alice Mayfield, who scored on a header, tying the game.

The match continued into overtime, where Mayfield took another shot at the goal but was then blocked by the Maroons’ goalie. Next, Chicago attempted to make a goal of their own, which was luckily saved by the Tartans’ junior keeper Anya Rosen. The action continued two minutes later when Tartans sophomore Elsa Wu and — another two minutes following — Mayfield each nearly scored yet another goal, which were once again blocked by Chicago’s goalie. This shutout sent the game into a second overtime period. In the last minute of the game, Chicago attempted to make two corner kicks, but the Tartans’ defenses were too strong, and both were blocked. The game ended in a tie, with a final score of 1–1.

This game was a morale-boosting indicator for the Tartans, and forecasts positive results in the next few weeks. “It was a great performance against Chicago and a much-needed tie,” commented Overstreet. “Playing so well in our first UAA [University Athletic Association] game was extremely important and hopefully leads to a strong UAA season.”

The Tartans will hit the field next on Oct. 7 against Union College in Alliance, Ohio with kickoff set to start at 7 p.m.