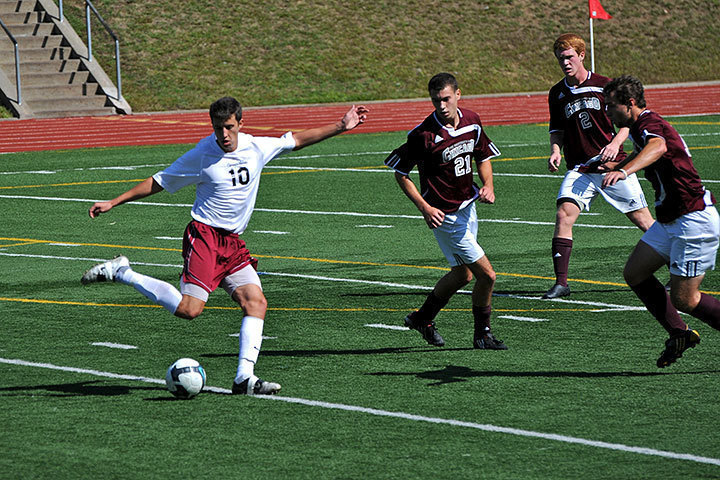 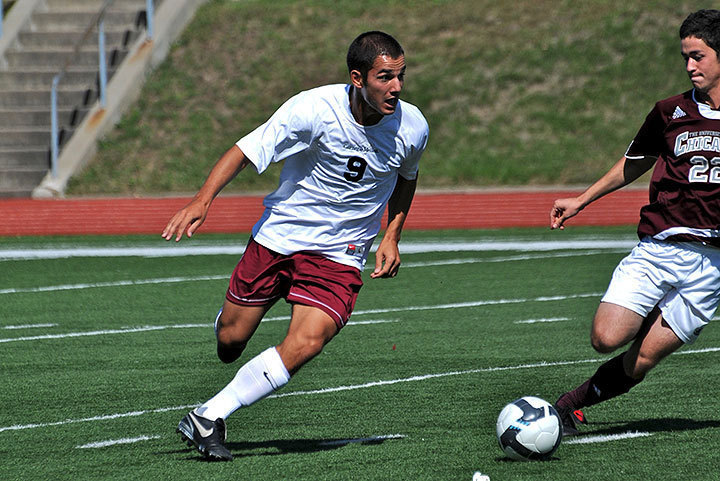 As non-conference play came to an end this past week, the Carnegie Mellon men’s soccer team turned their attention to their first University Athletic Association matchup of the season. But all of that paid off as the Tartans shut out the University of Chicago 3–0 at home this past Saturday.

Having gone 9–1 against non-UAA opponents, the Tartans had no intention of taking their foot off the gas pedal. With the exception of two games this season, the men’s team has beaten their opponents by at least three goals. They now have tallied 39 goals for the year and allowed just six the entire season. The Tartans came out fired up, scoring all three goals of the game in the first 11 minutes. In the first major play, the Tartans were able to attack past an out-of-position Chicago defense. Senior playmaker Keith Haselhoff was able to find fellow senior Jon Simon, who comfortably finished a one-time shot to the near post in the third minute.

The next goal came in the sixth minute as a result of a goaltending blunder. Senior forward Pat Lutz put up a ball into the box, and the Chicago goalie — Chris Giusto — saw the ball bounce into his own net. It was once again the unstoppable goal-scoring duo of Lutz and Ricky Griffin that tore up the opponents’ defense. Griffin slotted the ball to Lutz, who was able to score off a great shot past the keeper for his sixth goal of the year.

With eight of the 11 starters talented seniors, the men’s team is fortunate to have such a strong backbone. Griffin and Lutz have accumulated a combined 19 goals and 12 assists this season. Griffin was last week’s UAA and ECAC Player of the Week, and Lutz won the UAA award in the previous two weeks, also garnering the ECAC honor on Sept. 15. Fellow senior Maks Khurgin as goalkeeper has also been in great form all season, posting eight shutouts (including four in a row after the Chicago game) and allowing only six goals. Credit must also be given to seniors Jon Hall and Austin Good, who lead the backline. But perhaps the most valuable play has been that of senior midfielders Simon, Haselhoff, and Ryan Browne, who control the pace of the match every game. The Tartans are looking to continue to power through UAA teams and into the NCAA tournament later this year, but at the same time, they have made sure not to underestimate their opponents.

Earlier this week, the Tartans also beat Bethany College 5–0. Goals were scored by Griffin, Haselhoff, and sophomores Mark Lacy and Brad Edelman. The Tartans’ next match is this Sunday at Washington University in St. Louis at 11 a.m.