True love brought to life by magic of ballet 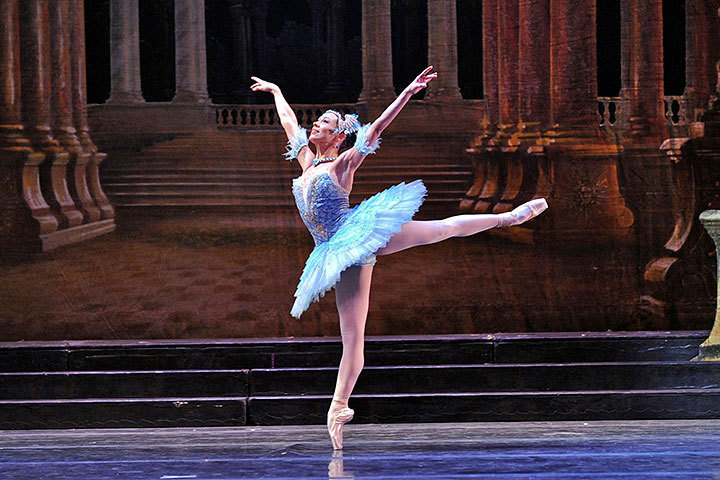 From Oct. 16 to 18, the Pittsburgh Ballet Theatre (PBT) presented a production of The Sleeping Beauty, a ballet composed by Pyotr Tchaikovsky and choreographed by Marius Petipa. The cast for the show changed each night; this review details the performances from opening night on Oct. 16.

The ballet, which originally premiered at the Maryinsky Ballet in St. Petersburg, tells the story of a princess, Aurora, who is cursed by an evil witch and who, when pricked by the spindle of a spinning wheel, falls into a deep sleep and can only be woken by her true love’s kiss.

The PBT production featured glittering costumes, a (silent) cackling witch, and a set that masterfully switched between palatial balls and the deep woods.

At one point in the third act, during the celebration of the wedding of Princess Aurora (Kumiko Tsuji) and Prince Desire (Christopher Budzynski), the creativity of the costume designers and the dancers really came through. In the bluebird dance, Alexandra Kochis and Alexandre Silva performed steps that mirrored the actions of birds, keeping their moves light and fluttering. Their costumes contained texturing that looked like feathers as well.
In the cat dance, Puss in Boots (Nicholas Coppula) and the White Cat (Alison Kappes) humorously played with each other on stage, dancing and occasionally slapping each other’s ears. The scene evoked laughter from the audience, who seemed to appreciate the characterization of the cats.

The wicked fairy that cursed Aurora, Carabosse (Julia Erickson), was especially good in this performance. Erickson channels her inner witch on stage, and without ever making a sound, she is able to make the audience hear her cackling.

Tsuji as Aurora was very impressive. At several points, her ability to maintain balance on one foot with seemingly no effort evoked applause in the middle of a scene. The Lilac Fairy (Christine Schwaner) was an integral part of the ballet. It is because of her that Aurora sleeps rather than dies due to Carabosse’s curse, and she appears to keep the story moving in every act. She is also featured in several dance numbers throughout the show, and in each, her skill is showcased perfectly.

Throughout the show, each move was executed flawlessly — or, at least, if there was a flaw, it was certainly not visible or noticeable to the audience, and the dancers hid it well. The music matched each movement and added depth and emotion to every dance.