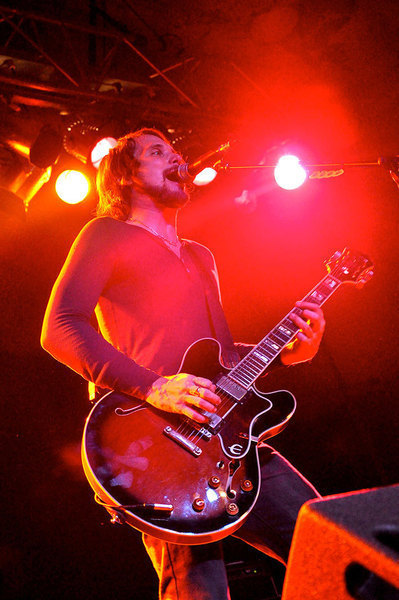 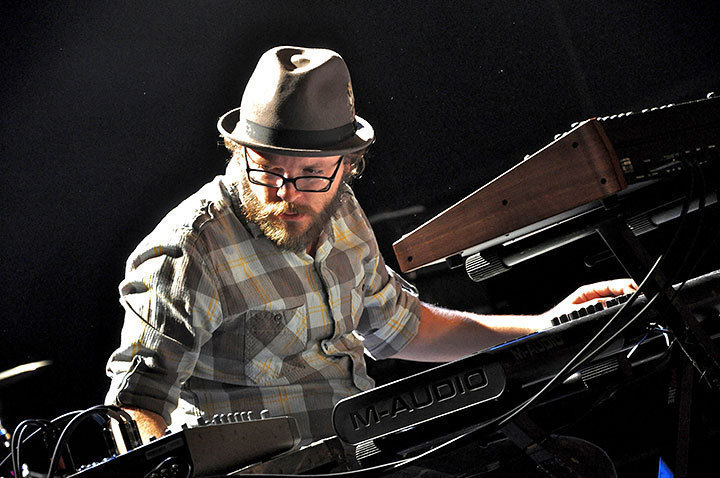 Last Saturday, at the Ches-a-rena venue in Cheswick, the Silversun Pickups and their opening acts collaborated to form the perfect shoegaze lineup, characterized by distorted guitar effects and creative synths. The band just kicked off their 2009 fall tour to celebrate the release of their new album, Swoon.

There was a constant flow of energy throughout the evening. Each act, though they were all extremely different, added something to the experience that made for beautiful symbiotic performances. It seemed as if there was no part of the evening that would disappoint.

Though a little ways out of Pittsburgh, Ches-a-rena, an indoor roller-skating rink turned evening concert venue hidden above the local Goodwill, was the perfect venue to house this eccentric show. The hall was quickly filled with a diverse group of fans. From 60-year-old all-female biker gangs to nine-year-old first time concert-goer Megan Cooper — the show certainly attracted a peculiar crowd. Although extremely quirky, the crowd’s energy proved endless.

An Horse, who had previously opened for Tegan and Sara on their 2008 tour and Death Cab for Cutie on their Australian tour, provided a perfect beginning. With their catchy melodies and skilled harmonies, band members and Aussies Kate Cooper and Damon Cox showed audiences how to make two instruments sound like one beautiful indie rock symphony. The group played songs off their newest album, Rearrange Beds, and previewed some tunes from the upcoming EP.

Things got a little crazy when Cage the Elephant, coming all the way from Bowling Green, K. hit the stage. Front man and lead singer Matt Shultz worked the stage with his vicious vocals and crowd dives. During “Ain’t No Rest for the Wicked,” Shultz got lost while crowd surfing in a sea of fans. The band’s set consisted of angry, hyped-up versions of some hits from their 2008 release Cage the Elephant, as well as some new tracks from their upcoming album.

By the time the Silversun Pickups had made it on stage, the crowd was bursting with anticipation and enthusiasm. Lead singer and guitarist Brian Aubert, bassist Nikki Monninger, drummer Christopher Guanlao, and keyboardist Joe Lesser began the show with a roar of synth and distortion that quickly became a regular trend between songs. The group played a variety of tracks from their new album, but also made sure to include some billboard favorites from their previous album, Carnavas, like “Little Lovers So Polite” and “Lazy Eye.”

Because the show itself was on the smaller side, the band was able to form a relationship with the crowd. In between songs and charismatic banter from Aubert and Monninger, the group even took questions from the crowd. The personal atmosphere only added to the experience, making it impossible not to adore the set.

By popular demand, the group ended the show with a three-song encore including the crowd favorite “Substitution” from Swoon.