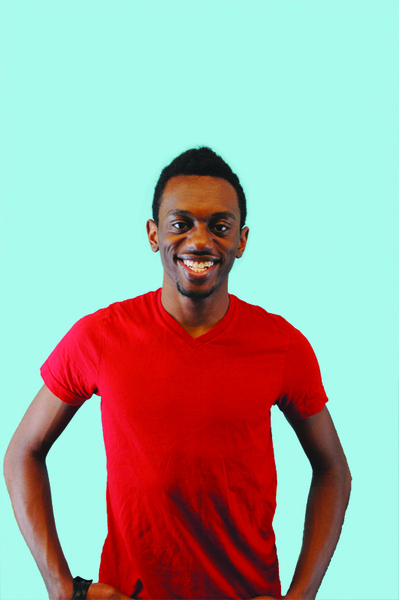 Carnegie Mellon is a campus well known for the rigorous coursework and the many hours of studying that students put into their academics. So, in order to lighten the load just a tad, Raymond Ejiofor brings Random Acts of Dance (RAD) to the campus. RAD is an event of DS Dance Company, which is a subsidiary of Dancers’ Symposium. Students work on choreography each week to perform every Wednesday at 12:20 p.m. at a new and random place on campus. These random acts of dance are selections from pieces that students are working on, as a part of the repertoire for the company, or just experimental pieces. “RAD was created to promote dance awareness and movement on campus and to explore dance in unconventional spaces,” said Ejiofor. Some of the past performances have included the “stage” on CFA Lawn, the Fence, and the walkway between the Purnell Center and the University Center.

The performance is exactly what its name suggests: random. Unless you know what is going to happen, you will most likely be an innocent bystander who is lucky enough to witness the dancers taking their places on whatever campus spot has become their stage for the week. Walking across campus, you never know which direction to look in, because dancers may come from anywhere. The dancing starts out of nowhere and you almost have no idea who the participants are as they start spreading out and moving at their own accord, very random indeed. The students work together to make the piece look separated and as spread out as possible, and they are placed many feet away from each other, covering a wide range of space. As the music climaxes and the performance comes together, they start to take shape and create a formation and perform a simultaneous dance.

The end of the dance finishes just as randomly as it begins. The performers walk away from their positions, pick up their bags, and head off to class or whatever other event they have planned at 12:30 p.m. The pieces never last for more than a few minutes, so if you are late, chances are you will miss the whole thing. But if you are around, you have the opportunity to witness RAD as they share their talent and abilities with the rest of campus and spread a bit of liveliness and joy to the crowd that gathers in between classes.

There are many different ways for students to express their creativity at Carnegie Mellon. RAD provides another outlet for these students to release their creative energy. “I dance because I can’t see myself doing anything else. It’s what I think about when I wake up in the morning, it’s what makes me happy, and it’s what I am passionate about. I want to share this feeling with members of the campus community,” said Ejiofor.

This is RAD’s first year on campus, and while it is in its incipient stages, it has been a success by drawing in a large audience at more than one of its presentations, creating major awareness. “I have never seen anything like this on campus. I was on my way to class and a girl started dancing in front of me. I wanted to see what she was doing so I stopped to watch. When I realized that she was part of a larger group of people, I became more interested. It was very random, but I wouldn’t mind seeing it again,” Luke Johnson, a senior economics major, said.

In the years to come, Ejiofor says that he hopes to influence and inspire others to see their passions and interests outside of the classroom. “While I may be laying down the foundation for this company, I hope this event, as well as the DS Dance Company, become well recognized and able to influence the campus, as well as the Pittsburgh community through the arts.”