Placing the drum in the spotlight 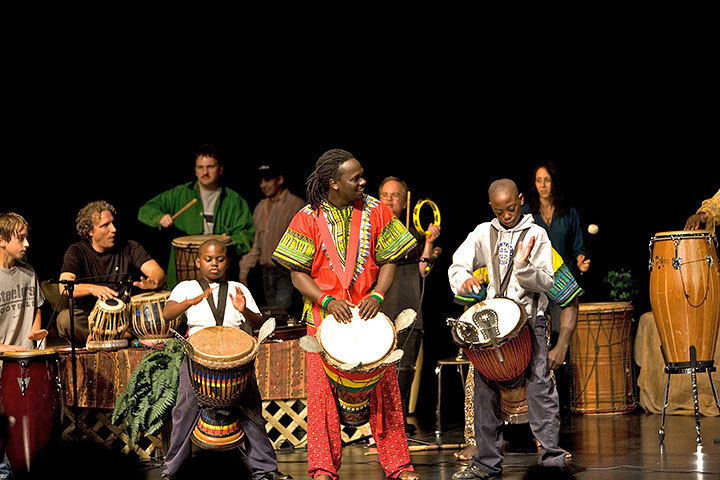 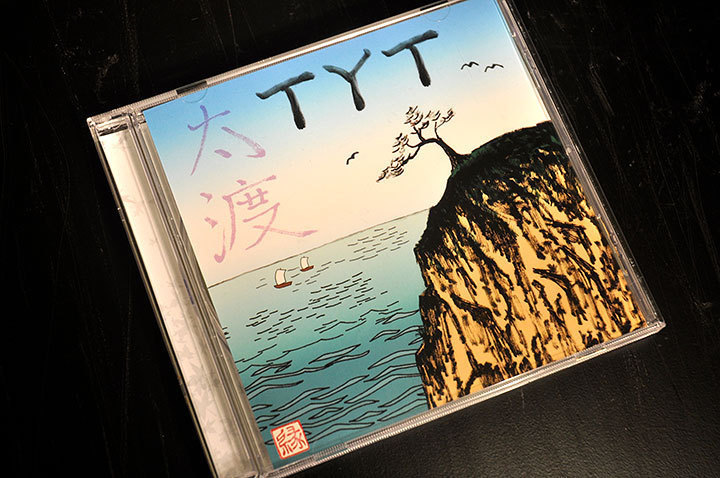 Takumi Kato’s album promises to be as great as his performance. (credit: Kristen Severson | Photo Editor)

The drum is an instrument that is not often given center stage. Lacking the melody of a piano, the soulfulness of an acoustic guitar, and the sharp tones of a trumpet, the beats of a drum may be understated but are hardly inessential to music. Other instruments may provide melody and harmony, but it is the drum that provides rhythm to song.

From Oct. 15 through 18, the August Wilson Center for African American Culture and Afrika Yetu, organizations that promote African culture, hosted Drum Talk, a four-day event that put the drum in the spotlight. The concert aimed at depicting how the drum is universal; every country has its own variation of this percussion instrument. Just like the drums, the line-up of excellent drummers were from all over the world, and drumming styles from Japan, Brazil, Africa, the Middle East, and, of course, America were on display.

Kato was, without a doubt, the most impressive among all the performers, drawing gasps and loud applause from the audience during his act. He beat on four large Japanese drums — one of them was so large it was propped up on a stand — with extra-thick drumsticks, and displayed an unbelievable amount of strength and energy as he played the drums at a lightning-fast speed and even jumped in the air several times during his performance. Kato beat the drums so hard and fast that his hands were a blur — he even broke a drumstick with his force, causing him to stop and look in the audience for the broken piece apologetically. His stage presence was very charismatic because, although the audience was in awe of him, he interacted with the audience members easily by cracking minor jokes about how tired he was.

Humphries, a Pittsburgh native and famous jazz percussionist — Feb. 23 has been declared by the state of Pennsylvania and the city of Pittsburgh to be Roger Humphries Day — opened the show with his jazz band. His drumming blended well with the sounds of the trumpet and saxophone, but what stood out was Humphries’ exceptional drum solos in which he went all out, playing complex and foot-tapping rhythms.

Donovan, the last performer, was joined by other drummers, two guitarists, a keyboardist, and Kihonia. Up until this point in the performance, the drums had either been played with accompaniment, like Humphries, or solo, like Kato, but not all together, so when Donovan and his team began to play their drums, they created a sound like nothing else. While it might seem that many drums beating together would produce chaos rather than music, Donovan was able to produce a steady, powerful, and rhythmic beat that made the audience want to stand up and dance.

Apart from his experience in his band, Rusted Root, Donovan has studied many different African styles of drumming and incorporates this into his sound. Thus, he plays a unique mixture of beats that is a pleasure to hear.

While Kato was the most impressive, Kihonia was definitely the life of the performance. Although Kihonia didn’t perform alone — he played with Humphries and Donovan — his playing and singing clearly stood out. Dressed in beautiful, traditional African attire with a smile to match, he insisted that the audience have a good time during the performance by encouraging them to dance along to the beats. He also demonstrated a few dance moves that the audience sportingly mimicked. Kihonia stressed the importance of fun in everyone’s lives. “If you’re angry, you don’t deserve to live!” he said, emphasizing that parents should let their children enjoy themselves and actually join in on the fun.

Before being the head of the non-profit organization, Kihonia is first a Congolese master drummer and is skilled in various instruments including the xylophone, mbira, guitar, keyboard, accordion, and, of course, hand and set drums. Kihonia has a passion for spreading African culture, and this passion was plainly seen when he requested each of the audience members grab one of the many drums placed at either end of the auditorium and try a hand at drumming.

Toward the end of the performance, Donovan, Kihonia, and the rest of the drummers were joined on stage by Kato and African drummers from the previous days’ performances. It was obvious that none of this drumming had been previously rehearsed and it was amazing to see how so many experienced and talented drummers could all play together in harmony.

Kihonia conducted a little exercise in which the audience members tried to repeat a rhythm on their own drum that one of the professional drummers played. This was fun because, although the audience was clearly not in the same league as the professionals, they were encouraged to practice a few beats and interact with the performers on stage.

Drum Talk is an annual event run by Afrika Yetu and has been presented in collaboration with the August Wilson Center this year. Find out more at www.afrikayetu.org and www.augustwilsoncenter.org.