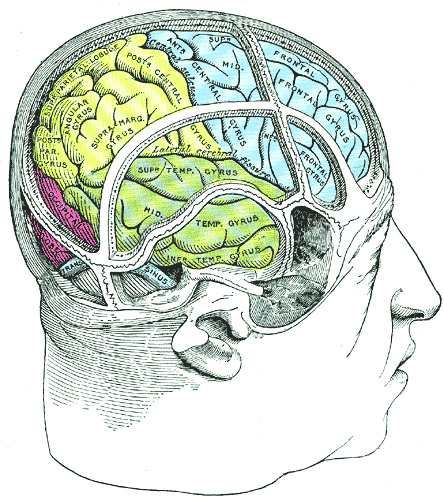 In hemispatial neglect syndrome, according to Husain et al.’s definition in the journal article Hemispatial Neglect, patients are less aware of the stimuli on one side of their body, but may not necessarily experience any sensory loss. This common but difficult-to-treat illness has forced doctors to gain more insight into the behavior and anatomy of their patients.

Neglect can be easily tested using simple bedside tasks. For example, from cases reported in Halligan and Robertson’s Spatial Neglect: A Clinical Handbook for Diagnosis and Treatment, simple tests like asking a patient to draw, copy, read, divide a line in half (line bisection), or cross out specific targets on a page (cancellation), will let the doctor know whether the person has neglect.

If a patient is asked to draw a clock, the patient will draw all six numbers of the right face of the clock. They will only copy half of a flower when given a picture of a whole flower. Also, if given a full page of horizontal lines and asked to cross vertically through all those lines, they will only cross through the lines on the right side of the page.

According to Freksa, Stiehl, and Zangemeister in their book Visual Attention and Cognition, currently there are three main hypotheses trying to explain neglect.

The first hypothesis is that neglect arises because central mechanisms in the brain fail to construct an internal representation of one side of space. The second hypothesis suggests that neglect occurs after a failure to attend to stimuli in the region of space opposite to the hemisphere of damage because the person has difficulty disengaging attention to targets on the same side as the damage. The last hypothesis is that hemispatial neglect can happen due to the person’s inability to sustain movement toward or in the impaired visual field.

From previous studies, vestibular (the region of the inner ear that helps with balance) and optokinetic (movements of the eyes) stimulation may temporarily reduce the amount or severity of visual neglect. However, these treatments are not applicable for long-term relief.

Recently, Vallar et al. displayed that transcutaneous electrical stimulation (TENS) can be used to improve hemispatial neglect. TENS stimulation affects the nerve fibers that go to the brain, thus giving rise to more sensory input that goes to the brain.

Therefore multiple modalities (vestibular, optokinetic, and somatosensory) are potentially capable of helping to treat neglect syndrome, although much more work needs to be done to find a definite treatment.