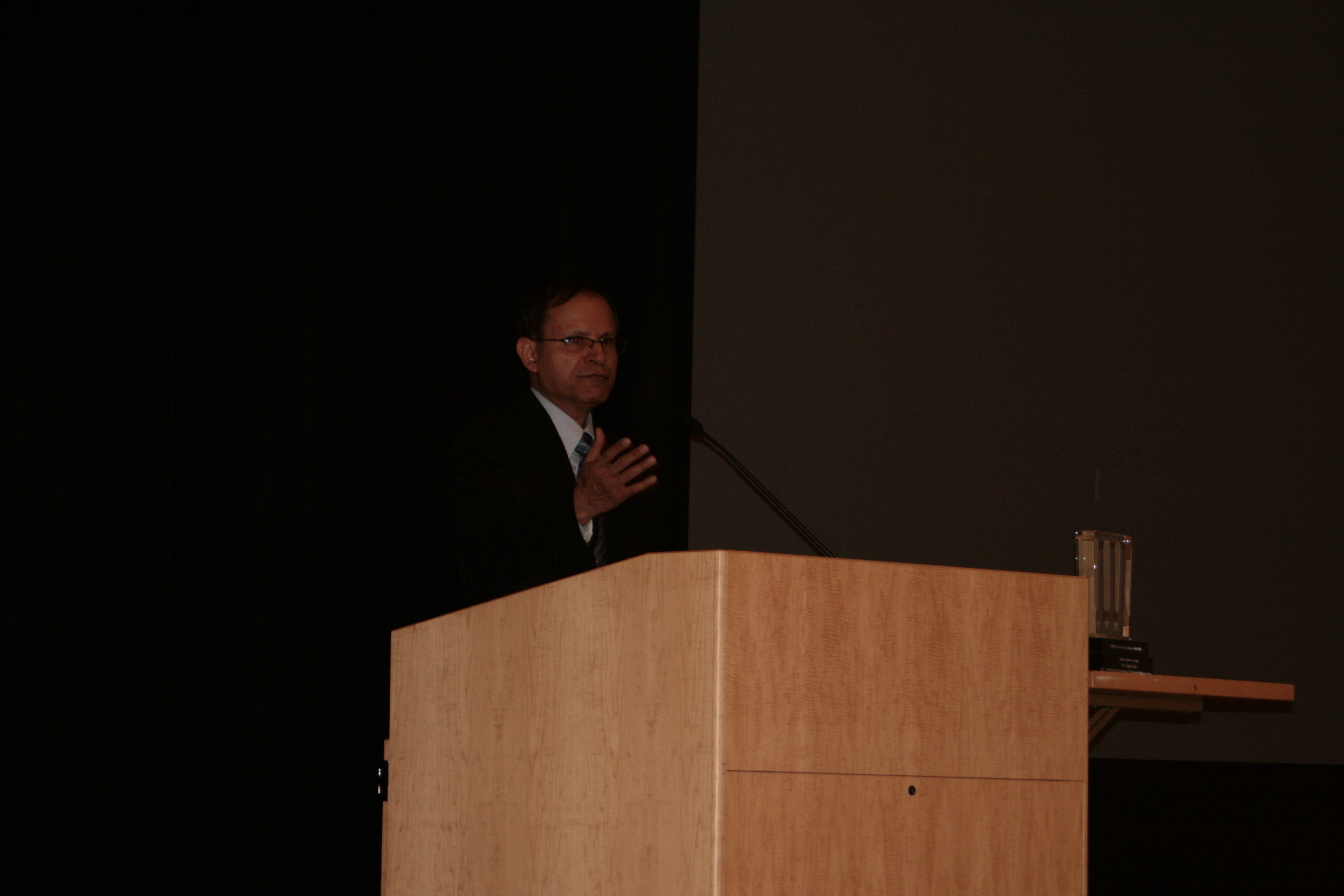 Rangos Hall was buzzing with excitement Friday as faculty from Veterans Affairs Pittsburgh and Carnegie Mellon gathered to congratulate Dr. Rajiv Jain, Chief of Staff and MRSA Program Director at the Veterans Affairs Pittsburgh Healthcare System (VAPHS), for his Service to America Medal for Citizen Services. The Service to America Medals (Sammies) award program honors those who serve in the federal work force and have shown extreme commitment toward the betterment of the country. These are some of the most prestigious awards given to America’s civil servants, and in 2008, eight such medals were presented, one of which was awarded to Jain.
He was chosen for his momentous leadership in an initiative that reduced the MRSA infection in VAPHS hospitals by 60 percent.

In an interview, Jain attributed his success to his desire to “enhance patient safety ... and to that extent [my team and I] have contributed to the cause for making health care safe for everyone.” The Institute of Medicine has estimated that every year, 2 million patients in United States hospitals attain an infection that could have been contracted during a routine procedure, and about 100,000 of those people die from the infections.

MRSA, Methicillin-Resistant Staphylococcus Aureus, is a pathogen that is one of the leading causes of those infections. This bacterium cannot be killed by a number of antibiotics, including penicillin and amoxicillin, and it causes excruciating pain, suffering, and death.
According to the Centers for Disease Control and Prevention, this so called “superbug” kills more people each year than AIDS, and is rapidly taking its place among the nation’s most shocking health threats. The cost for treating such infections is also quite high.

Jain and his team have proven that such a dangerous infection can be easily prevented. In an interview, he explained that his program, called the MRSA Bundle, involved four steps: Hand Hygiene, Active Surveillance, Contact Precautions, and Cultural Transformation. These ideas are the core of the success of the MRSA program. Jain’s idea also coordinates handpicked front-line workers who review data weekly and report methods by which the infection is spread and how well it is being controlled.

In 2007, Jain and his team’s innovative program led three state legislatures to pass a groundbreaking bill that required hospitals to routinely test high-risk patients. Following these states’ examples, now 18 other states are necessitating published infection rates. Presently his program is being utilized in all 143 Veterans Affairs hospitals. Many of the speakers at the reception commented on the tremendous change that Jain’s efforts have brought about. Among the speakers was U.S. Congressman Tim Murphy, who exclaimed, “It is time for health care professionals to step up, and VA Pittsburgh is doing a tremendous job.”

As he stood on the stage at the reception, Jain said, “I think the award should really go to the people [working in the hospitals] because, although we came up with the idea, they are the ones carrying it out every day.” The future for Jain and the MRSA program is very hopeful as he and his team continue to prevent infections. For Jain, the mission is still not complete, “Of course, our longterm goal is to reduce the occurrences [of infection] to zero,” he said.