Study finds that lack of sleep may make students sicker 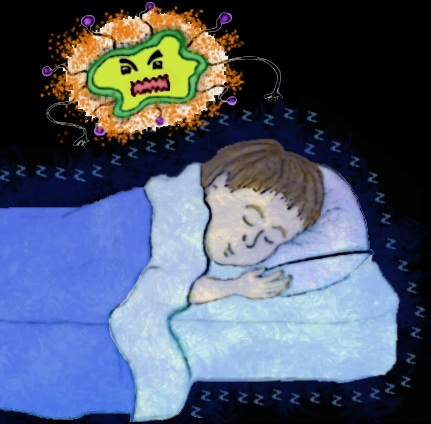 The rapidly dropping temperature has brought out scarves, hats, and gloves, as well as the sniffles.

Many students are actively trying not to catch the common cold, and while dressing warmly is important, new research conducted by Sheldon Cohen, a professor in the psychology department, shows that students may need to sleep more to fight off coughing and aching.

For the last 25 years, Cohen has been studying the effects of stress and social support systems on one’s health and susceptibility to infectious diseases.

In the past years, Cohen’s work on the role of psychosocial factors in vulnerability to the common cold has been published in the New England Journal of Medicine and the Journal of the American Medical Association.

Cohen has gotten results about the effects of sleep on catching a cold. In his study, there were 153 healthy volunteers between the ages of 22 and 55.

For two weeks prior to the experiment, the 78 men and 75 women were interviewed daily about the quality of their sleep on the previous night.

The volunteers were then exposed to a cold virus and sequestered in a hotel for five days.

During this time, the volunteers were carefully monitored and checked for signs of certain cold-related symptoms like sneezing, nasal congestion, sore throat, and coughing.

The study looked at two aspects of sleep: sleep duration and sleep efficiency.

Cohen observed that in terms of sleep duration, or how long one sleeps, the people who reported fewer than seven hours were 2.94 times more likely to develop the symptoms of a cold than those who reported eight or more hours of sleep.

In terms of sleep efficiency, which is measured in the percentage of time one actually sleeps between lying down to go to bed and waking up the next morning, Cohen found that those with an efficiency score of less than 92 percent were five and a half times more likely to develop colds than those with efficiency scores of 98 percent or higher.

“Feeling rested” did not correlate with developing a cold.

Other variables in the study that could have impacted the results, such as smoking, stress, mental health issues, and depression were carefully screened before allowing the volunteers acceptance into the study.

When asked why sleep plays such an important role in our vulnerability to the common cold, Cohen replied that this is “probably because it influences our immune system’s response to infection. Specifically, those with poor sleeping habits produce too many inflammatory chemicals, causing many of the symptoms of a cold.”

What surprised Cohen most about his results was “how small differences in both duration and efficiency of sleep were associated with relatively big increases in the risk of getting colds.”

“I definitely agree that how much sleep a person gets affects how likely it is that he gets sick,” said first-year creative writing major Katie Dickson. “I’ve experienced this firsthand. I feel like every time I’ve been sick, it was during a period of time when I was severely sleep-deprived.”

First-year history major Nancy Brown said that she was surprised by how much more likely students who don’t get enough sleep are to catch a cold than those who do sleep eight or more hours a night.

“I always try to go to sleep at regular hours, because I’ve experienced that when I don’t get enough sleep, or when I’m restless during the night, I feel the symptoms of diseases like a cold the next day,” Brown said.

Cohen has studied the effects of sleep on catching a cold and has also found some enduring stressors, “especially those that derive from ongoing social conflicts,” such as a bad marriage or a bad work situation.

These factors can also influence a person’s likelihood of becoming infected with the cold.

He has found that having a diverse social network, such as having good relationships with family, social groups, or church, reduces one’s risk of getting sick.

Cohen stated that more enthusiastic and upbeat people tend to have reduced risk.