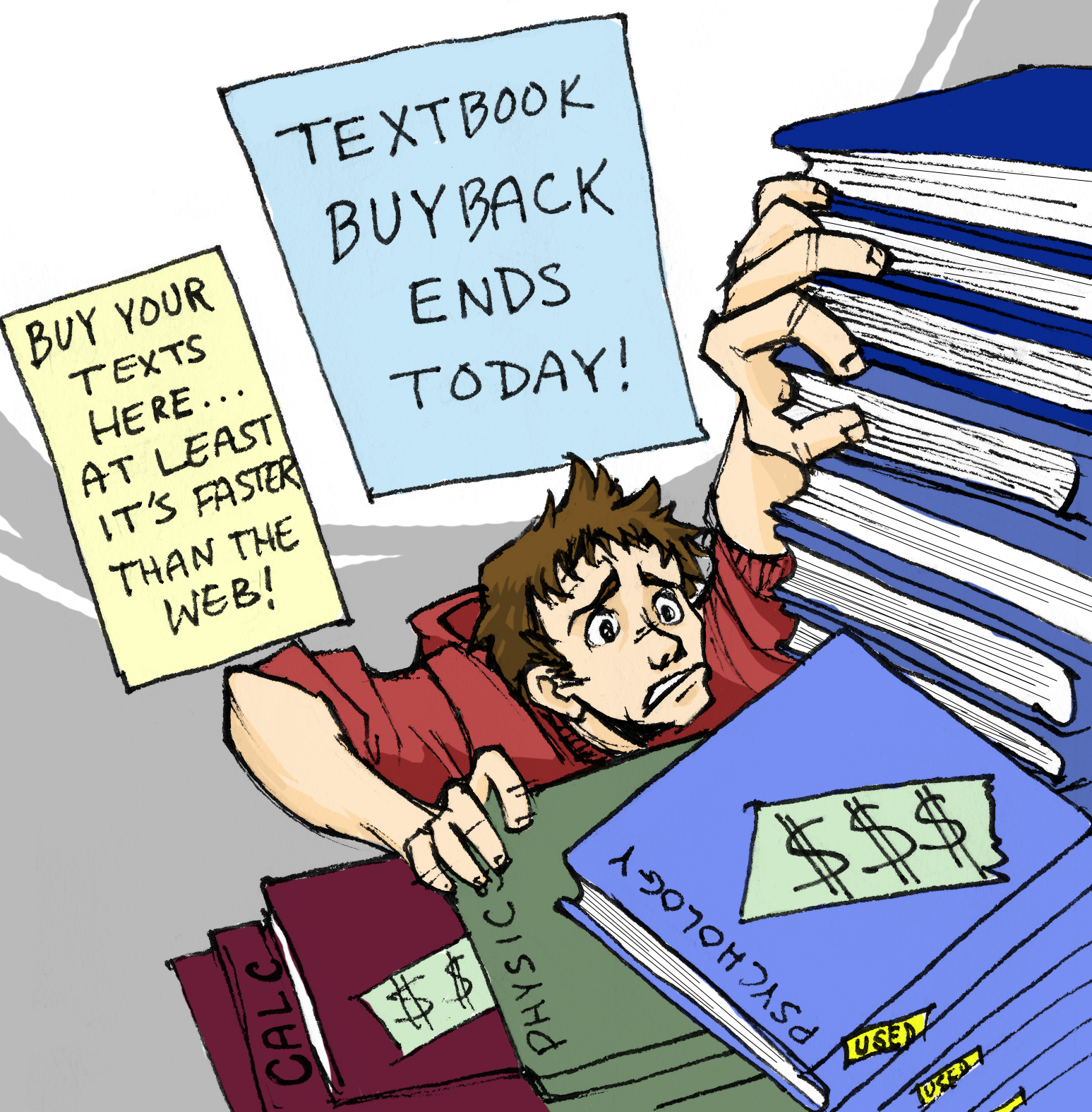 The University Bookstore is not immune to the nation’s economic crisis — the high price of textbooks at the on-campus store has been one of the most recent student complaints.

The issue was the focus of the Student Senate Spotlight Series this past Thursday.

Students, faculty, and staff gathered with the Undergraduate Student Senate and Graduate Student Assembly to discuss the matter with Allison Heinemen, manager of the University Bookstore.

Heinemen shared the reasons behind the current prices and also asked students for any suggestions they might have to better the store’s service to the campus needs.

She began her talk explaining the very small role the bookstore has in setting textbook prices. She explained that the bookstore predominantly orders from four new and eight used vendors, all of which send the books with a predetermined price.

Several students brought up concerns that ordering books online through websites like Amazon.com is much cheaper than the bookstore.

Heinemen replied that when ordering the books en masse through vendors, this is not a possibility.

She mentioned, however, that despite seemingly high book prices, the bookstore’s direct profit from their sales is a significantly small percent.

For each dollar the bookstore makes, it gains only 4 cents in direct profit after taking out salaries, rent, operating costs, and other necessities.

“Whenever we do get deals [on the prices], we bring them straight to you,” she said.

According to bookstore data, last December’s textbook buy-back was able to give students 2.5 times more back for their books than they had for the previous semester.

Several students offered up suggestions for improving textbook buy-back, including buying books back for prices proportional to their condition.

Textbook buy-back was not the only area of concern, however.

A number of students expressed concerns with the one-week return period after the first day of classes and suggested extending the time to two weeks.

“A few years ago, we did have a two-week period,” Heinemen said. “[However], when people started buying books online, they started using us as a lending library until their books came in the mail.”

Heinemen said that to check why students are returning books, the bookstore has begun to make students fill out surveys upon book return asking for their reasoning.

“If students return the books in the one-week period, they can get full price. If they return it within two weeks, they get back full price minus ten percent to cover store costs for the extra week,” he said.

Another idea mentioned was a semester-long textbook rental system.
“We have not tried that model here but I know that some schools are heading in that direction,” Heinemen said. “The thing with that model is that professors would have to choose a version that would stay for a few years.”
Heinemen said that she would follow up on all the student ideas with the bookstore staff.

She mentioned that an obstacle in any plan, however, is the lack of timeliness on the part of some professors for submitting the books they needed.

“Should they be meeting deadlines so that we get more used books?” asked Rotimi Abimbola, a junior social and decision sciences major and Student Senate chair.

Although this semester’s deadline was Nov. 7, she estimated that only 30 percent of professors were on time. She said that departments varied in meeting the deadline, with the entire chemistry department on time, but with Tepper having a majority of their faculty being late.

Heinemen ended her talk on an optimistic note, ensuring students that she would take their suggestions to the bookstore staff and keep them updated on the progress.

She assured the student body that despite the nation’s economic troubles, the bookstore was in no immediate danger.

“We’re treading water right now, but I see the way that trends are going. I know that a lot of businesses are suffering, but we’re not anywhere near going out of business. I just want to make sure we’re satisfying the needs of the campus.”

Abimbola mentioned the existence of the University Bookstore Student Advisory Council. She encouraged students who are passionate about this issue to join.