A Better Tomorrow: Superman comes out 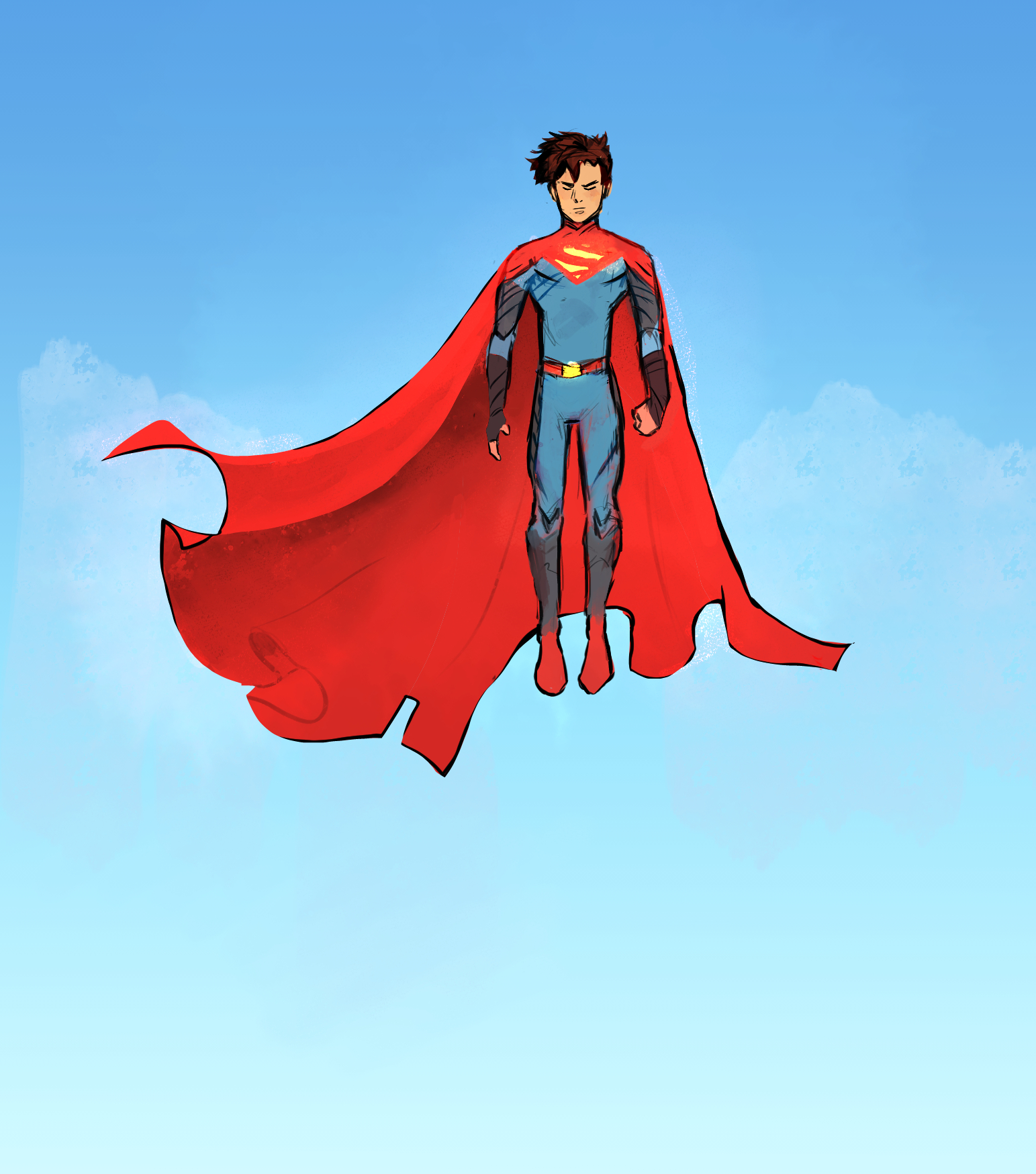 This October, DC Comics made a huge announcement: In the newest arc, Supeman would come out as bisexual. In "Son of Kal-El," Clark Kent's son, Jon Kent, has assumed the role of Superman, since Clark Kent had to leave Earth to fight aliens (comic books shenanigans). In a forthcoming issue, Jon Kent has a romance with another man, making "Son of Kal-El" the coming out of Earth's greatest hero as bisexual.

The announcement was a point of celebration for many, and it added another bisexual character to the DC Universe after Tim Drake's Robin also came out as bisexual the month before. They joined a growing cast of LGBTQ+ characters in DC Comics like Batwoman, Harley Quinn, and Aqualad, who have come out in the years before.

However, Superman is much more popular than all those other characters, and backlash was swift. Multiple conservative politicians and commentators decried DC's decision in offensive ways I will not repeat here. Even Dean Cain, who played Superman on TV in the 90's, said of DC Comics that "they're bandwagoning." The backlash escalated further, and news broke days ago that some of the workers producing the new Superman comics received police protection after threats.

As for myself, I did not see Superman's coming out coming even though I was following "Son of Kal-el," but I welcome it. It seems overdue that comics — and hopefully movies, very soon — actually reflect the people reading them. However, it is disappointing to see such a huge backlash, and it's even more disappointing to see it escalate so quickly.

To call the people making threats or homophobic remarks about Superman "disgruntled fans," though, would be dishonest, and, frankly, incorrect. I'm sure Senator Josh Mandel doesn't ever go to comic shops, but that's not the reason I would exclude him from being a fan. The conservative commentators and people making threats don't deserve to be called fans because Superman, as a character, has his origins standing against racism, xenophobia, and discrimination.

Superman was originally the creation of Joe Shuster and Jerry Siegel, who were both sons of Jewish immigrants. However, Superman wasn't just created by Jewish immigrants. He has also been recognized as being Jewish-coded. Superman's kryptonian name, Kal-El, seems to borrow from Hebrew: in Hebrew "El" refers to god, and "Kal" means "voice". Additionally, Superman is an alien who was sent to Earth by his parents so he could live as Krypton was dying. Many have pointed out that Kal-El's journey mirrors the story of Moses.

Shuster and Siegel's beliefs also shined through their writings. In one 1940 comic, Superman arrests Hitler and takes him before the League of Nations to answer for his crimes. In this comic, Superman even threatens Hitler with a "strictly non-Aryan sock on your jaw."

Superman's first stories established a tradition of him standing for the vulnerable. A 1940s Superman radio series "Clan of the Fiery Cross" had Superman crush the KKK, and the series was credited with decreasing the KKK's membership. In 2020, perhaps sensing the times, DC comics remade it into a new graphic novel titled "Superman Smashed the Klan," where Superman defends a Chinese-American family from the KKK.

Superman isn't compatible with the racial dogma or homophobia that the critics speaking against his coming out preach. He's the child of immigrants, has his roots in fighting xenophobia and racism, and is a symbol of hope. Unfortunately for conservatives, he's no Punisher. He's not so easily co-opted as a symbol of violence and hate because that is not what his character has ever stood for.

Still, Superman has not been the symbol of hope for all that he should be. Comic book characters in general have not been representative of people in the LGBTQ+ community. For an example, just look at the 1950s Batman. At first, Batman didn't have a love interest. Then psychiatrist Fredric Wertham published a book (based on falsified research) that started an anti-gay panic started in the 1950s. In his book, Wertham infamously described Batman and Robin as a "wish dream of homosexuals living together." The company that would become DC Comics decided that they needed to make clear Batman was straight. This spawned the original version of Batwoman, who was then a love interest for Batman. The writing mandates that made these superheroes explicitly straight kept superheroes from representing many of their readers.

However, this just makes it even more crucial that there is representation in comics now. After years of comic books without characters of different races and sexualities, the status quo is finally starting to budge. As Superman comics become more representative of their readers, they will become what Clark Kent's Superman wants in "Son of Kal-El": "A place where no one is left behind."