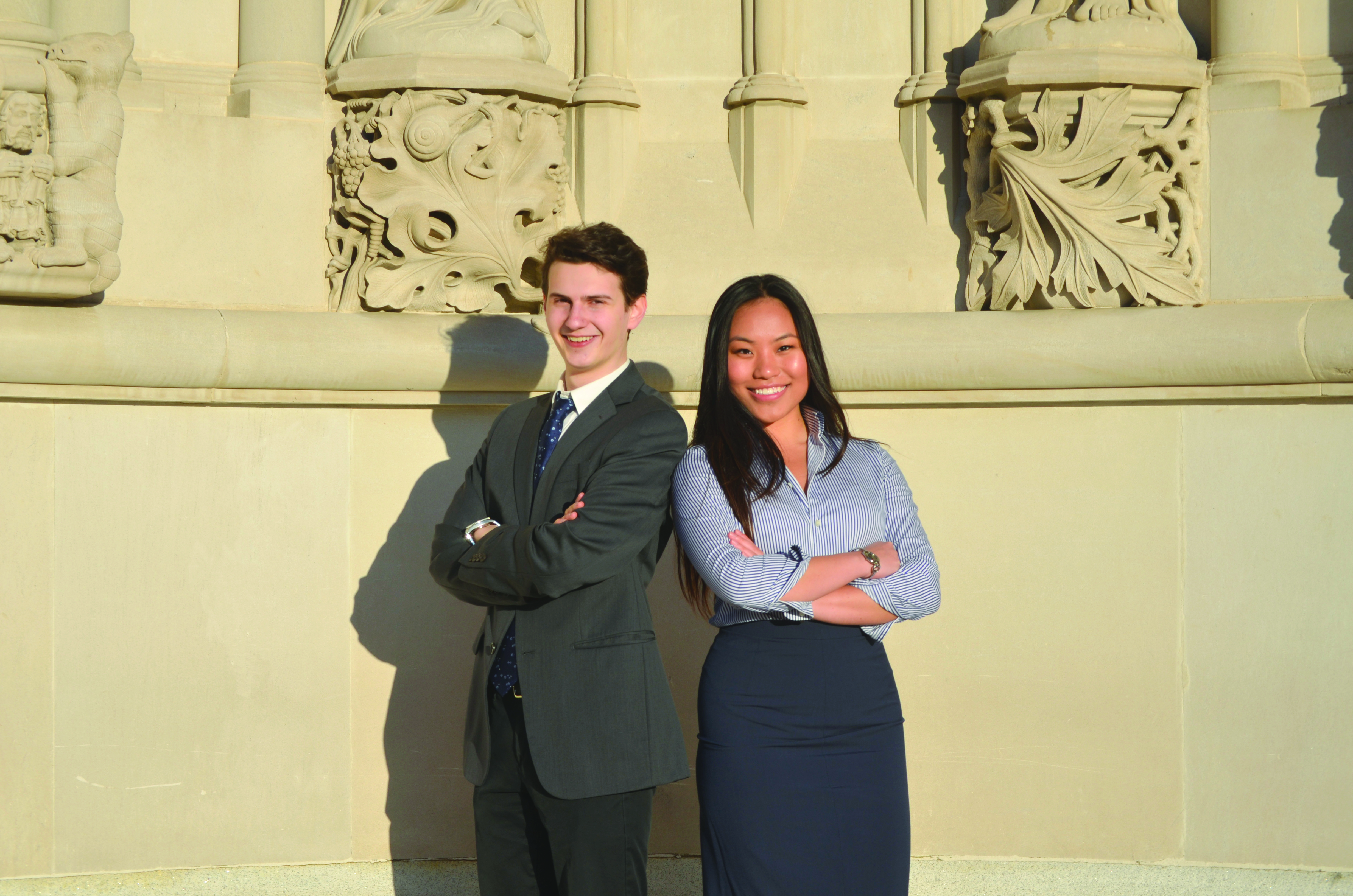 It’s been almost one academic year of tenure for Student Body President Evan Feder, a Statistics and Data Science major who ran for the position in 2019 against two other candidates. Neither Feder nor the current Student Body Vice President Wenyi Zhu, a Business Administration student, plan to run again for positions in Carnegie Mellon’s Student Government.

When Feder and Zhu ran together in 2019, their campaign emphasized their three years of collective student government experience. With this experience, they hoped to establish more of a connection between students and their student government and to improve interdepartmental communication.

During their campaign, Zhu told The Tartan that the student government is supposed to be a “bridge between the student body and administration,” yet many students don’t know how to express the problems they face. Feder said that because of this, serious grievances can end up as just “memes in the meme group.” The duo also aimed to address student quality of life issues; for example, the quality of toilet paper on campus.

With Feder’s term as Student Body President soon to conclude, The Tartan sat down with him to discuss the efforts undertaken by the student government this year and to reflect on his time as president.

A lot of Feder’s time as Student Body President, he says, has been spent on internal student government restructuring efforts. This year, he’s led an institutional review of the government body, “making sure that the positions that are there and who meets with who is actively representing all students, and it is the most efficient way possible.” He noted that the high-level student government positions are campus-wide positions, and that “the issues and tasks these individuals do should be completely agnostic to undergraduates and grads.”

To this, Feder referred to some new bylaws passed in the Undergraduate Senate, but not yet in the graduate senate, which aim to “make elections more competitive and more interesting” by incentivizing candidates to make their appeal to all students, graduate and undergraduate, across all schools. He also referenced two proposed policies which have not yet passed, but are in the works. One would require candidates to get their petitions for candidacy signed by a certain number of undergraduates and graduate students, where in the past, only undergraduates were required. Another would provide candidates with a stipend for campaign materials.

This year, Feder has also pushed to get more student involvement in faculty hiring, particularly for deans. “It’s really important to us to have a student in that room. The university or the independent colleges are not always happy or welcoming to have a student directly in the room at the committee meeting,” he said, citing the College of Fine Arts and the School of Computer Science as exceptions, as both of which allowed for student government representation on hiring committees.

Feder told The Tartan that a big portion of his work as student body president has also been related to communication between the administration, separate schools, and the graduate and undergraduate student population. Carnegie Mellon is “a very decentralized place,” he said, noting how differently the administration runs compared to each college, and how each college has its own hiring practices, information distribution, and recruitment efforts.
He paraphrased Provost Jim Garrett, who said that this decentralization encourages people to be highly involved in their own specific subset of the university, while not participating at a broader level. To help combat this, Feder says, President Farnam Jahanian and the Student Body President jointly host the yearly President’s Dinner, where students get to have direct face time with Deans, Jahanian, and administrators.

Feder says that students often don’t know the best way to have their voices heard, and that this dinner is among the student government’s larger efforts to increase student feedback and participation. “We really want to see a broader campus involvement in broader activities, and a lot of people are interested in being involved, but don’t know the way to become involved because that information is not publicly available,” he said.

However, many of the problems students face end up directed toward Facebook meme groups, instead of toward the student government. Because of this, Feder says, “the university actually has official people on their team watching the meme page, Overheard, and now Confessions.” The “university is very aware of the broader issues that are occurring on campus. It just takes a lot of time to think and make…institutional change,” Feder said.

This year, seven people have filed petitions to run for the Student Body President position, and Feder says he’s aware of at least two more that plan to run. This number of candidates, already higher than the four on the ballot last year, might speak to the effectiveness of the student government’s outreach campaigns, Feder said.

As for the campaign promise to ensure better quality toilet paper on campus, Student Body Vice President Zhu told The Tartan “I’m afraid we as a school are too poor to provide luxurious care.” She added, “I suppose there are other things the school prioritizes over our buttocks.”

Feder says that he’s enjoyed the Student Body President role this year. “It’s been so cool to actually be the voice in the room advocating for student interests, someone [to] be like, yo, wait, students would hate that.” He looks forward to spending his senior year outside of the student government world, pursuing other campus activities like joining a dance group, TAing, or doing research.

Zhu, on her time as student body vice president and her decision to not re-run, stated “you either die a hero or live long enough to see yourself become the villain. You feel?”