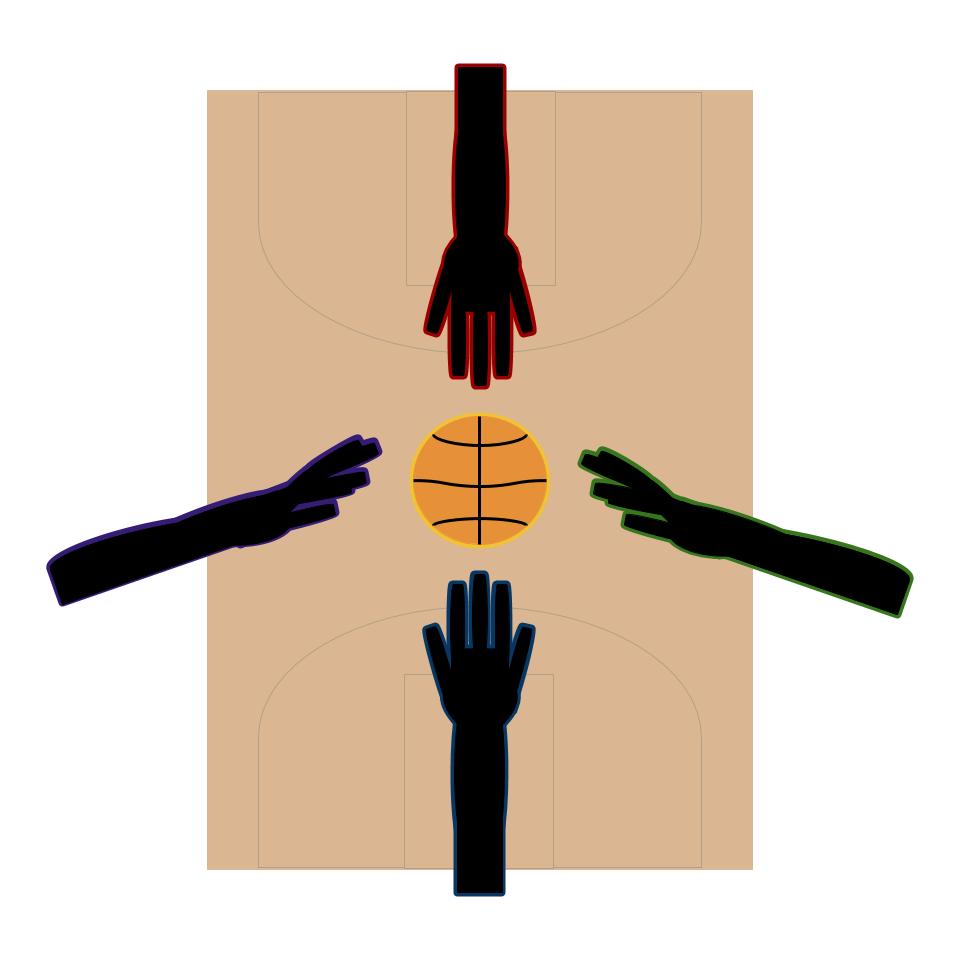 The NBA playoffs are winding down, but the most exciting series is yet to come. Following the conclusion of the semi-finals last week, the teams in the NBA Finals are now set: the Miami Heat vs. the LA Lakers.

In the more predictable of the two semi-final matchups, the Lakers topped a previously scary Denver Nuggets team in five games. However, it is clear that the Lakers are surviving purely on their two studs, Anthony Davis and LeBron James. James is fueled with the fury of his MVP runner-up award. His passive aggressive tweet and incredible series once again prove that even at 35 years old, this is still his league.

It was Davis who shined in the first game, however. With 37 points and 10 rebounds, Davis outplayed Nuggets center Nikola Jokic, who sat after getting in foul trouble. Fellow Laker big man and veteran Dwight Howard also came through for the team, which left little room for LeBron to contribute: the team didn’t exactly need him in their 23 point win.

Game 2 was much closer, ending with a 105-103 score, but the Lakers still found themselves on top. However, the entire Nuggets roster shouldn’t catch the flak because it came down to one player’s monumental mistake. As a response to the size of the Lakers, which beat Denver in the first game, the team put in forward/center Mason Plumlee in the final minutes. Miscommunication about a defensive play caused Plumlee to lose Davis who took a wide open and game winning three pointer. Other than this, though, the Denver defense looked much better prepared for the Lakers offense, giving up just 45 points in the second half. Jokic also seemed to get back on his feet with 30 points, topping Lebron’s 26.

Denver looked even more composed in their Game 3 win to prevent the Lakers from taking a devastating 3-0 lead. The win really came down to the bench. Denver’s bench, like forward Jerami Grant who dropped 20 points, provided help for Murray and Jokic, while the Lakers’, specifically forward Kyle Kuzma, did not show. Murray and Jokic themselves finished with 28 points and 22 points, respectively, and the bench help was enough to put them over the Lakers despite a late game tightening. There was certainly no reason to count out a Denver team that had just come back from back-to-back 3-1 series deficits.

The help vanished again in Game 4 for Jokic and Murray, who appeared tired, and you can’t blame them. Murray dismissed these concerns, assuring that “I’m 23 years old, I’m healthy, got a lot of gas left in the tank,” but realistically anyone in the same position as the Denver “Big Two” would be gassed. Well, except for LeBron and Davis, who continue to put the Lakers on their backs. LA was on top of the ball, with 25 second-chance points and 12 offensive rebounds, which was a result of their dominant height. The three biggest guys on the team — Lebron, Davis, and Howard — all led the game in each of the three major stats (points, rebounds, and assists). Murray did have a decent game too, but Jokic didn’t show up. It wasn’t enough, so the Nuggets found themselves in the 3-1 position once again.

The Nuggets looked much more balanced in Game 5, with Murray, Jokic, and Grant scoring about 20 each. The Lakers were a one man show, but it was enough. LeBron did LeBron things, putting up a triple double: 38 points, 16 rebounds, and 10 assists. His drive to make it to his 10th finals appearance and claim unanimous GOAT status was clear, summed up by a quote from Davis: “In the fourth quarter, he told us it was his time. He just took over. Everybody kind of got out of the way and let him be him.” When the game ended with a 117-107, LeBron was spotted sitting on the court emotionless, conveying a clear message: the work isn’t done.

In the East, the Miami Heat overpowered the Celtics in six games to continue their amazing run this playoffs. Incredibly, the Celtics led in the series for longer than the Heat, which is another way of saying that the Celtics couldn’t close out a game. It was a repeating pattern of the Celtics staying in the lead, or in contention, until the Heat went on a late run to pull away. It happened in Game 1 where the Celtics led by as much as 14 until the last minutes when they found themselves at a tie game at the end of regulation. The teams went back and forth in OT, but two big plays sealed it for the Heat: a clutch and-1 from Jimmy Butler and a superhuman block by Bam Adebayo. The game finished at 117-111, with Jayson Tatum of the Celtics putting up 30 and veteran Goran Dragic putting up 29 for the Heat.

In Game 2, it was a similar story, but instead it was the third quarter when the Heat made their run, outscoring the Celtics 37-17. The Celtics controlled the first half, leading by as much as 17 behind 14 points from point guard Kemba Walker and 58.1 percent shooting as a team. After halftime, however, the Heat shot 12 threes (five made), and they only let the Celtics shoot 12 shots total in the quarter, stumped by Miami’s zone defense. In the fourth, the Celtics actually crawled back to a five point lead, but it was Dragic who twisted the knife at the end, scoring 7 points in the last 3 minutes. After the game, Marcus Smart, seemingly the only player who was trying at the end, was overheard screaming at the team in the locker room.

Smart’s pep talk must have woken the team up, because in Game 3, they quickly built a 20 point lead. This time they were able to withstand the Heat’s late-game 21-7 run. It was also helpful, of course, for the Celtics to have Gordon Hayward, out with an ankle sprain, back in action. While not posting huge numbers, coach Brad Stevens called Hayward “a stabilizing force for our team” which was certainly evident in Game 3, allowing Tatum and Brown to score well over 20 points each. On the Miami side, Bam Adebayo continued to be great, posting 27 points and 16 rebounds. The Celtics finished out the game strong for a 117-106 win.

Game 4 brought yet another Heat blaze, but this time it was sparked by a single player: 20 year old rookie Tyler Herro, who has cemented himself as a promising and possibly generational talent in this series. Herro carried the team in the first three quarters with 20 points, but it was in the fourth quarter that he erupted, putting in another 17 points and toying with the Celtic’s defense. He looked like a player with experience far beyond his. Despite this, the Celtics were able to keep it competitive. Jayson Tatum nearly achieved a triple double (despite no points in the first half), and the team lost by only three points in the 112-109 final score.

The Celtics weren’t going down easy, which they proved in Game 5. They didn’t exactly come out swinging, though. Down 17-5 early, they were trailing the Heat in all metrics immediately, and they were still down 58-51 at the half. At half, point guard Kemba Walker decided to deliver a motivational speech to his team, telling them, “we just need to settle down a little bit,” according to Jaylen Brown. After the half, the team was newly rejuvenated, looking much sharper on defense, making critical plays that changed the momentum, and holding the Heat to just one field goal for much of the first half. Tatum also flourished on offense, putting up 17 in the third quarter, and the team went on a 20-3 run that won them the game.

In Game 6, the Heat squashed the Celtic’s hopes of continuing this momentum, with the young center Bam Adebayo coming up big, dropping 32 points and 14 rebounds. The Celtics trailed early, but once Tatum, who came up empty handed in the first, got hot the Celtics were back in the game. They tied the game in the fourth and even went on a small run built by a string of impactful defensive plays, but the Heat responded with a 16-4 run of their own led by Adebayo and Butler, who finished with 26 points. Tatum and Brown finished with 24 and 26 points, respectively.

The Finals should be an exciting series, with LeBron looking to end the argument about who is the greatest to ever play the game. On the other side, Jimmy Butler and the underdog Heat look to recall the franchise’s glory days and bring another ring to the city of Miami after multiple mediocre years.