News from the Indian Premier League 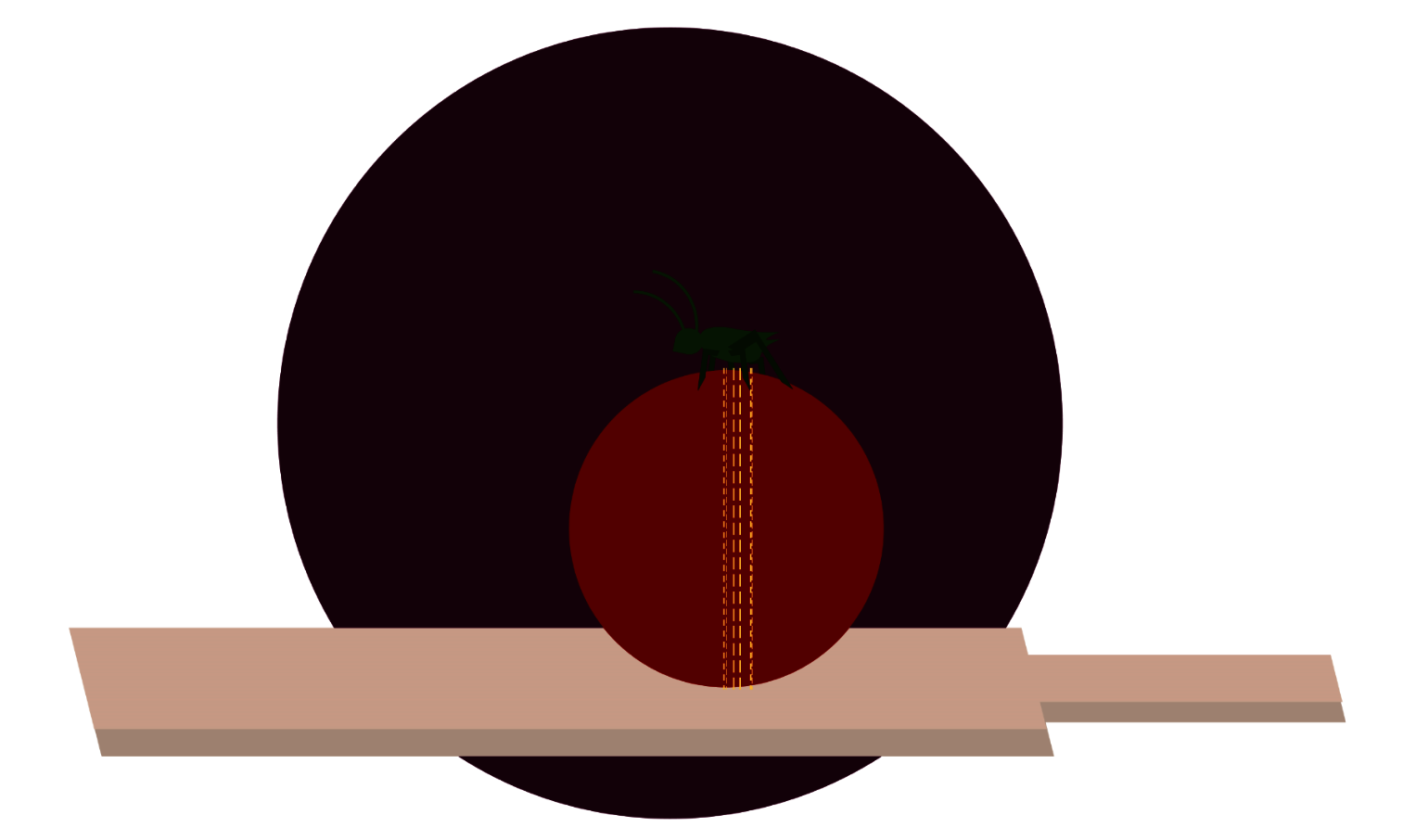 Teams are three games into the tournament from a rusty six-month lockdown. It has been an interesting league so far with every team recording at least two losses. There hasn't been a single team that has looked like the ultimate force yet.

Chennai Super Kings (CSK)
CSK looked like their formidable selves in their first game against the Mumbai Indians with Faf Du Plessis, Rayudu, and young talent Sam Curran leading from the front. But in the past two games, their top order has been worrisome with the experienced likes of Murali Vijay and Shane Watson failing to get off the mark, sapping away momentum from their innings. Their skipper, known as “Captain Cool,” is self-admittedly out of form and needs to ease his way into the batting line up. CSK icon Jadeja has been average with the ball at best. Leaking 44+ runs in each of the three consecutive games, he seems to be a quick spinner which is clearly defeating the purpose of him being bowled in the first place. Sam Curran has been sparky with the bat and ball. A quick 20 runs against both the Rajasthan Royals and Mumbai Indians has shown promise for some big hitting if he is promoted up the order. The pace of the pitches in Dubai and Sharjah have suited Curran’s swing deliveries, and Hazlewood has been a promising change from Dhoni’s previous selection of Ngidi.

It's definitely interesting to see what kind of magical transformation coach Fleming and captain Dhoni have worked out for their team in this long 10 day break from their rather surprisingly dull run so far.

Mumbai Indians
Returning champions, the Mumbai Indians started off quite poorly against their arch rivals CSK. Having the better head-to-head record, this was surprising to see, but it can definitely be brushed away as the after effects of a lethargic lockdown. Currently, they are table-toppers with 2 wins against the Kolkata Knight Riders and Kings XI Punjab. Their batting powerhouse has fired for them with everyone chipping in. The run machine, Keiron Pollard, has been magnificent in the far end of their innings. Young star Ishaan Kishan can't be missed amid the international superstars. His brilliant stroke play against the Royal Challengers Bangalore propelled his team to a near victory, but he was one short from an elusive hundred and an enigmatic victory for his team. Rohit, Suryakumar Yadav, and Hardik together have also been a huge oasis of runs for the team. Their bowling attack seems a little volatile. With in-slot deliveries from Jasprit Bumrah failing to hit the pre-Covid yorker lengths that instantly stifled batsmen, Bumrah’s distinct bowling action seems to be slowly losing its surreal magic. Pattinson and Boult have been expensive both at the auction and in the ground for Mumbai. Chahar has been pretty uncertain with his bowling, but this can be attributed to the quick pitches that haven’t been conducive to spin sometimes. Krunal Pandya’s existence as a part-time bowler has been pivotal in containing runs, but there is still more to be thought about optimal bowling compositions for the team that could pull them to greater heights.

Royal Challengers Bangalore
They seem like the most unpredictable side by far, with a touted batting powerhouse juxtaposed against some lacklustre bowling performances. With the likes of AB Devilliers, Aaron Finch, and Kohli, there is no reason to doubt their exceptional talent. However, they seem to get into sacrificial positions in games, where AB is always left to carry the innings forward. Since AB has been in exceptional form during their past two wins with 50s complemented by his composure during a tense super over against Mumbai Indians, the precariousness of their batting did not cost them that much. Having said that, this weakness tore them apart against Kings XI Punjab. After having lost Devdutt Padikkal and Philippe early in the run chase, the weight fell on AB and Kohli to push through the boulder of 200+ runs. This ended quite terribly with them unable to chase down even the opponent team’s skipper. International sensation Dale Steyn and spinner-duo Chahal and Zampa leaked runs all around the park. We are left puzzled by their ineffectiveness. We don’t doubt the quality of this bowling attack, but it is a question of their incompatibility with what the pitches offer medium pacers and spinners at certain phases of the game. They have all the ingredients for a comprehensive performance, but the team needs to work on choosing their match cards better.

Rajasthan Royals
They are definitely the underdogs of the tournament. Led by skipper Steve Smith, the team has been bursting with passion and talent in their three games. Steve Smith, Sanju Samson, and Rahul Tewatia have all given stand-out performances that really reflect their collective mentality of scoring runs for the team rather than depending on a few stars. Tewatia’s magical innings against the Kings XI Punjab is still a riveting watch, even on replay. Cricketers like him are what makes the IPL a pool of brimming talent, a pseudo-Indian-international stage for getting noticed, and an eventual ticket into the international circuit. As usual, Jofra Archer has translated his crackling international form to this league as well. He leads their bowling attack with a solid economy rate and wickets to restrict runs in a T20 game, a feat that is never easily accomplished. Even though Archer leads the pack, there has definitely been concern around their bowling attack. Despite having a batting arsenal to fall back on, they seem to be giving away too many runs with the likes of Unadkat and Tom Curran. Certainly, there are counterarguments about the sizes of grounds that open floodgates more easily than others, but for a team aiming for the top 4 spots in this league, marginal wins are not big confidence boosters.

Kolkata Knight Riders
They carve their niche by their acute team selection, where the cool experienced heads guide the blisteringly dynamic youngsters. Shubhman Gill, Kamlesh Nagarkoti, and Shubham Mavi were all Indian U19 players just two years ago. Their growth and passion for the game has been a prophetic look into the future. We can rest assured that cricket is in good hands. Mavi has been the star of the bowlers with an exceptional knack for picking wickets at the right time. He is able to get movement from the pitch to aid his simple, but impactful, bowling methodology. Nagarkoti has been an asset, not just with the ball, but even on the field. Quick on the field with safe hands, it is exciting to see his transformation over this IPL season and beyond. The seniors, Pat Cummins and Andre Russel, have been incredible with the bat and ball, knocking both wickets and balls out of the park for their team. Mystery spinner, Varun Chakravarthy, proved his worth by slowing down the momentum of the opposition. Due to the many all-rounders that they went for, it is hard to complain about the depth in their bowling and batting. However, the usual issues of stocking up all-rounders remain: you don't have enough meat in your top-order. Karthik has been swift and agile at the wickets and as captain, but there is vitality and technique lacking in his batting. Narine, though promoted up the order, has not been in the best shape to tackle the initial swing of opening deliveries.

Kings XI Punjab
A refreshing set of changes has revamped the struggling side for the better, but the team is in a hunt for “T20 luck.” Another batting powerhouse led by talented skipper KL Rahul has been driving their side with 200+ scores, they have been complemented by a strong bowling attack led by Shami and Cortrell. Most of their losses have been last over or death-over losses. Mayank and Rahul have been the pick of the opening pairs probably because they have opened together in games since school days. Against Mumbai, Nicholas Pooran looked in fine form against both spin and quick deliveries. Maxwell, the all-round sensation, has been out of touch with the bat and the ball, and the depth to their bowling attack may lie in his ability to fire. Under the guidance of the astute cricketing brain, Anil Kumble, Ravi Bishnoi and Murugan Ashwin have both excelled. It's exciting to see their road into international cricket. This team is an embodiment of individually good performances, but upon an amalgamation of them, it falls annoyingly short of a victory. We pray that they find some luck and some magic somewhere to give them the edges they need.

Sunrisers Hyderabad
Sunrisers started quite poorly with two consecutive losses, but are now sitting on the helm of two consecutive victories. Led by fiery skipper, David Warner, there is no passion lacking in his performance, but it doesn't seem to spread to the rest of the team as we might want it to. Young talents Priyam Garg and Natarajan have both looked promising for the team, and we hope they continue in this trajectory towards an international platform. Stars Kane Williamson and Johnny Bairstow have been consistently keeping the scoreboard ticking, even if Bairstow’s performance this year has been unusually mellow. Manish Pandey has justified his place in the Indian squad with technically sound performances. Bhuvaneshwar Kumar’s 135 kph deliveries are not quick enough to knock the batsmen out, so he relies on the movement in the pitch to take wickets. Crippled with an injury the previous game, the Sunrisers definitely need to search up more bowling options. Abdul Samad is a good find, but his economy rate has been quite high to reliably give him the ball at any point of the game. Heavily dependent on their batting-heavy half to constantly perform, continuing this momentum will be challenging unless they bolster their bowling attack.