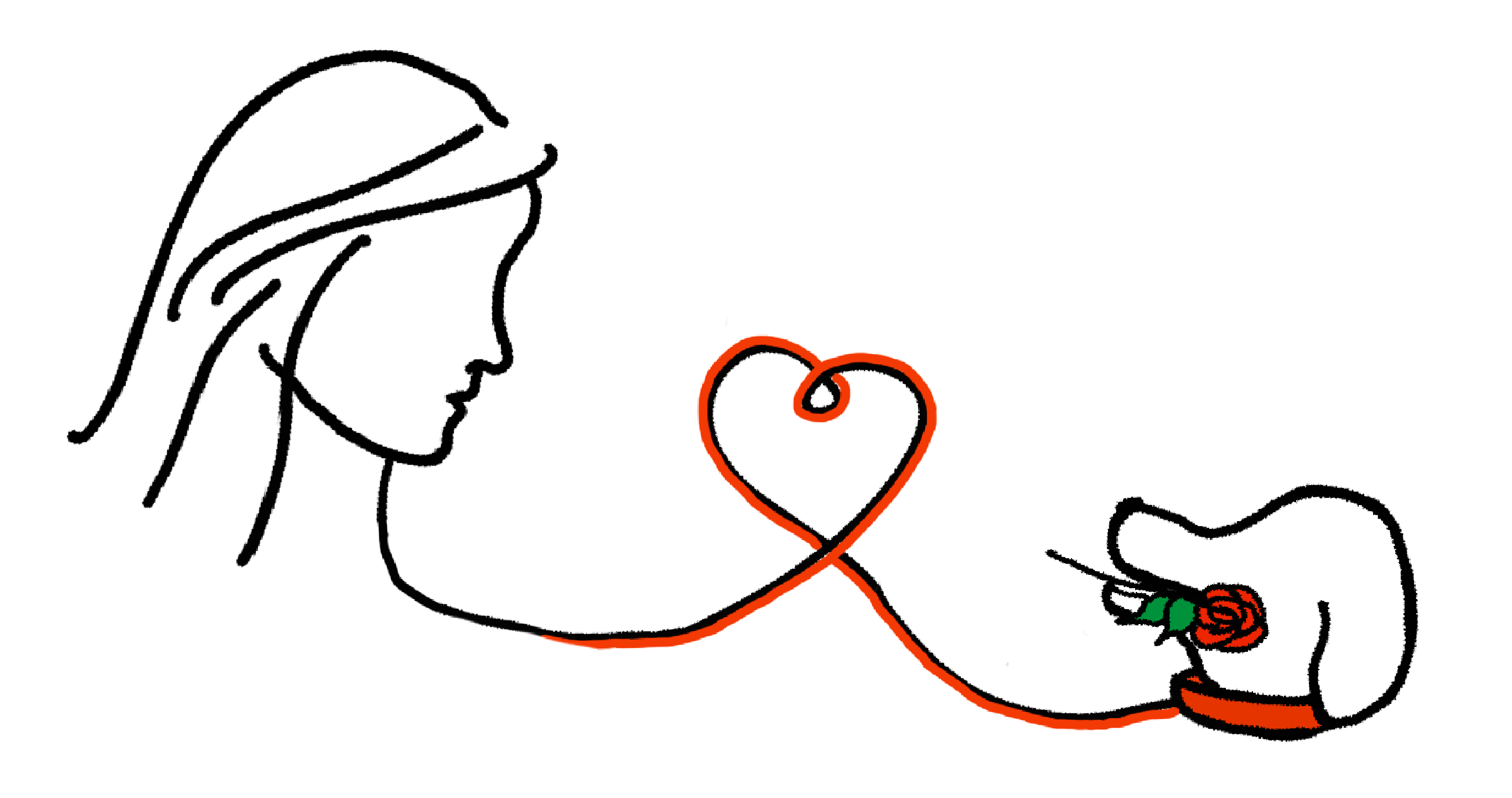 My doctor has told me that I need to avoid things that increase my blood pressure so that my heart doesn’t give out at the age of 30. Of course, I don’t listen to her at all. Otherwise, I wouldn’t be here telling you all about Love on a Leash, a 2011 movie about a woman who falls in love with a stray dog, but the dog secretly turns into a man at night. I figured in quarantine time, it was finally time to watch this.

So before going into this, I think everyone should know why this exists. I didn’t find out about this until recently, but the voice actor for the dog, Stephen Kramer Glickman, was interviewed about what happened. In the late 2000s, the writer and director of the film, Fen Tian, had convinced a Chinese church that her movie would be about the spirit of Jesus helping people find love. Of course, when the church’s priest found that it wasn’t, they pulled the funding for the movie.

Glickman was literally paid in cantaloupes to voice act the dog, only to be asked to re-record all his lines later as he was being tapped to play Shrek on Broadway. He also hadn’t met anyone else in the cast, and the editor of the movie asked Glickman not to mention his name in the interview.

I don’t know where to start with this movie, so we’ll start at the beginning. There’s no music over the opening credit montage of this really cute labrador running around. Then the labrador comments on the hotness of the women at the park, stares at extras awkwardly kissing each other, and notes how much he wants to find a girl. Then he talks to Water Pond — yes, the character is named Water Pond and is quite literally a pond with some random bubbling sounds and sparkle effects added in post — who says that he can turn back into a man if he finds a girl.

From there, we’re introduced to the other main character, Lisa, who, by the way, is always wearing green clothing. She lives in a green house, has a green car, and everything she owns is green. Glickman had asked the director about this, and her response to him was something about the color green representing horniness in China? I tried to look this up after, and the only things I found were some pretty NSFW results.

Lisa also has a friend named Paula. She has this running bit throughout the whole movie where she views men as nothing but objects for pleasure and they’re good for “a little something something.” She’s also a Black woman with a lot of questionable dialogue and direction as if the director told her to play a caricature of a Black woman. Then in some bizarre sequence of events that still makes no sense, the dog convinces Lisa to drive him to her home. The dog sings in her car, Lisa gives him a shower in a Benny Hill-type sped up montage, and then he just leaves and sings about how he’s leaving? We are only 5 minutes into this. Good lord.

At this point, I should say something really quickly about the audio quality of this movie. You know how we’ve all done that one project in iMovie for a class and the audio sounds like it was recorded with a potato? That’s the audio in this movie, except it just randomly cuts in and out, it clips a lot, and there is no music the entire time. So the movie will go from complete silence to audio clipping the next second, and I kept getting jump scared by it. Plus there is some really bad dubbing and even worse audio editing. A shot will end and cut to the next scene, but the dialogue from the previous scene will still be playing over this next shot too.

In the next 25 minutes, this is what happens in order. Lisa deals with a farting “Karen” at a department store, and then, she gets asked out by a fellow employee named Kyle. The dog fakes an injury to convince Lisa to let him bunk with her. She goes on a date with Kyle, gets convinced by her friend to go get new clothes, and goes shopping with the dog, whose real name, according to him, is Alvin Flang. The dog gets kicked by the store owner but impresses everyone when he manages to pick out clothes and gains the eye of a talent agent.

Now we see that Lisa’s boss is into her, but he’s harassing her. She’s also being stalked by a weird dude named Frank. It turns out Lisa’s nosy neighbor (?), Rita is trying to set her up with Frank, and Lisa goes on a date with Frank after Paula and Lisa’s mom convince her it’s ok to see multiple guys at once. So she goes on a date with Frank, but Frank’s psychotic, nutritionist mother spends the whole time talking about weight and dieting. Then she calls Kyle over to her house, and he asks her to marry him. But there’s a twist! He says to her it would be a marriage in name only because Kyle is actually gay, and he only wants the marriage for the tax benefits or something.

Now Lisa’s boss breaks into her house and tries to assault her, but the dog saves her. The boss angrily fires her on the spot. Lisa has a huge mental breakdown during which the dog is singing how he is the “king of the castle who’s also a dog and lives in a house that is green.” He tries to make a move, she pushes him away, and then, she tries to overdose on pills. So the dog goes outside to lure a stranger to call 911 by playing dead in the street. He saves her, but the dog is back out on the street singing about how that hurts his feet and makes him sad.

Lisa goes after the dog to try to find him, who she named Prince way earlier, and she tracks him down at the park. She confesses her love, and how she wants to be with him forever. Then, Prince transforms into a man played by a totally different actor. The man form of Prince explains how he was punished to live as a dog for being a cheating playboy in his past life, which honestly doesn’t sound that bad. There’s a really awkward sex scene, and then in the morning, he turns back into a dog. Water Pond tells him he can only be a man at night.

In 30 minutes, there have been three subplots resolved, three others established, and the main plot only developed 30 minutes in after the subplots. These are also not happening concurrently, but one at a time, as if someone with short-term memory loss made the movie. To the poor soul reading this [*editor’s note: I can’t believe I’ve been forced to read this*], I have seen some confusing things in my life, and this is far and away the most confusing thing I’ve ever seen. The rest of the movie is even more confusing.

The audio isn’t the only thing in this movie that’s potato quality. The cinematography is, too. It’s not just that it looks bad, but also the fact that some of the shots just don’t make sense. There are dutch angles everywhere, the actors are constantly out of frame, and there are some really terrifying closeups with the actors lit like they’re in a horror movie. One shot in particular that stuck out was when Lisa’s mom called her to tell her to date four or five guys at a time, and she’s shrouded in silhouette like it’s a Hitchcock movie.

The actors for the dog are not just different people, but they each play them differently. When the dog is in dog form, he’s absolutely horrible. At one point Lisa is changing her clothes, and she asks the dog “what are you looking at?” He responds “not much.” But the dog in man form is super sweet, just a caring guy who just wants to look after her. It also doesn’t help that they’re all reading dialogue that sounds like it was Google translated from a different language, which according to Glickman, was how the script was actually written.

The rest of this movie gets a bit dragged out despite having so many subplots, so I’ll breeze through the rest. Lisa and Alvin Flang fall in love and live happily, and Alvin Flang tries to provide for them by going to meet the talent agent from earlier. He films a commercial and makes a lot of money. Paula comes to visit one night, and Lisa tries to hide Alvin. She finds him and scares Paula who feels betrayed, and the two friends fall out even though Paula has been trying to get Lisa to lose her virginity the whole time so far.

Anyway, Water Pond tells Alvin Flang that he has not shown real, true love yet. So he meets Lisa’s mom and her nosy neighbor Rita, which goes well. Of course, the limitation of being a man at night is that by day he is a dog, so Lisa’s mom has a panic attack when she thinks that Alvin Flang ditched her, believing she will die alone as a virgin. Then nosy Rita goes snooping, chases Alvin around in broad daylight, and tries to get him to leave her. Finally, Lisa puts her foot down and shows some backbone for once in this stupid movie.

Some other stuff happens. They disagree about having a kid. They go to an art museum. They change the rules, so he can only turn into a dog if it’s sunny. There’s a cloudy day, and Lisa takes Alvin to meet the boss of her job to get a promotion. Of course, it gets sunny. Alvin turns back into a dog, and Lisa almost drowns in a pool when she freaks out about it. The dog saves her while calling her a “pizza faced cinder block.”

They realize this relationship isn’t working, so Alvin leaves her. Then, he talks to Water Pond who imparts some lesson about patience and working problems out or some other bogus lesson that makes no sense. Alvin realizes he loves her and tries to run back to her, but he gets hit by a car in dog form. Lisa holds Alvin, in dog form, in her arms as he dies and confesses his love with his dying breath. I’m not sure if making the dog “act” in this movie counts as animal abuse.

Years pass. Paula randomly comes back with her grandkids to reconcile with Lisa, and they reminisce about good old times. Alvin Flang is resurrected somehow, which I guess is the Jesus portion of the film Fen Tian told the church that funded this. He’s young, but he touches her hands and turns old. Then, they get married and turn young again, and it ends.

I don’t know what this is or why I watched it, but I am glad I did. This is a gem. Every line of dialogue in this movie could and should become a meme if this becomes a famous enough cult movie. So I’m doing my part in expanding the Love on a Leash cult by telling you all to watch it. It’s on YouTube right now for free in its full glory, and I really can’t think of a better use of 85 minutes of your time.