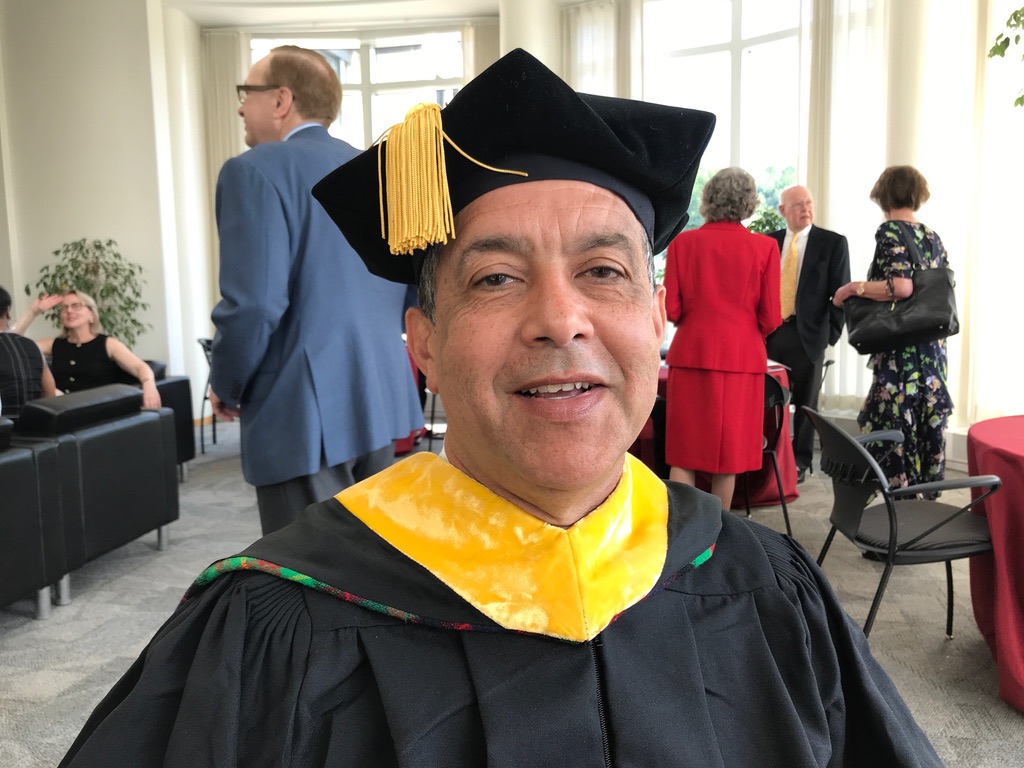 Jacobo Carrasquel, now a professor emeritus, is being honored with an eponymous scholarship to fund Hispanic students majoring in CS. (credit: Courtesy of Carnegie Mellon University)

As a faculty member, he taught students from all seven colleges at Carnegie Mellon, and helped establish the university’s campus in Doha, Qatar. Because of his longtime devotion to and significant impact on the university, he was granted the title of professor emeritus this year.

According to federal education reports, Hispanic students make up less than 6% of the overall student population at Carnegie Mellon.

Within SCS, Hispanic students make up less than 1% of the graduating class according to the school’s 2017 Factbook. The newly established need-based scholarship is intended to encourage more minorities with financial needs to apply, and is primarily geared toward Hispanic students planning to major in computer science. Both current and newly-admitted SCS students are eligible to apply.

“I have always believed in the strength that comes from diversity,” Carrasquel told The Tartan. “One of our goals has been to increase [the number of] underrepresented minorities in SCS. This scholarship will help this cause.”

The scholarship is also the first of its kind in Pittsburgh, according to Carrasquel, including among our neighboring universities.

Funding for the scholarship will come largely from community donations. The scholarship’s fund is featured on the “Explore Our Funds” page page for SCS, where it is currently accepting donations. The goal is to raise $50,000 over the next three years, which would support two or three students.

In general, Carrasquel advises students with financial needs to talk with their academic advisors. He points out that many companies find it in their interest to invest in new talent, and thus, donate money to Carnegie Mellon to support its students.

Companies’ donations do not amount to full scholarships, but they may be in the amount of a few thousand dollars, which can significantly lessen financial burdens. Carrasquel wants students worrying about Carnegie Mellon’s financial burden to know that academic advisors may be able to connect them with opportunities for tuition help.