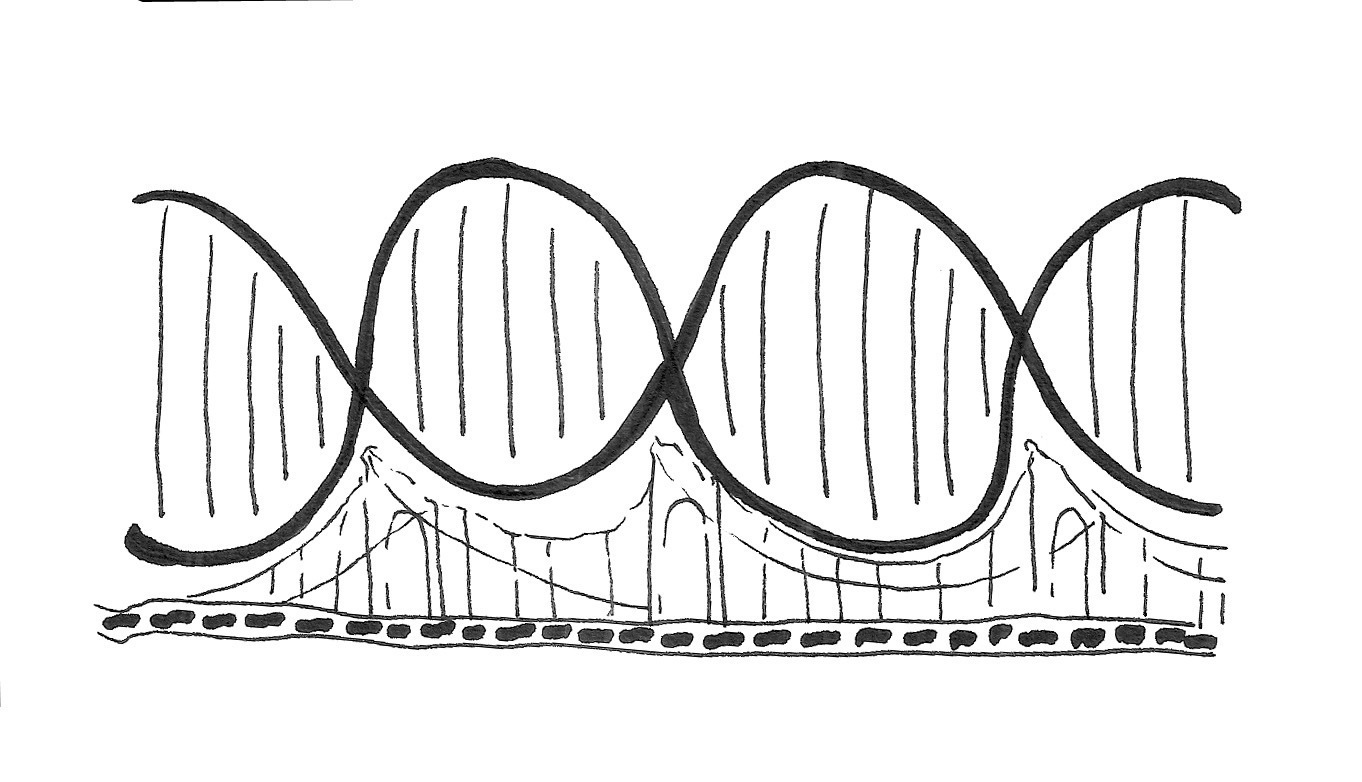 Credit: Simin Li/Art Editor
Editorials featured in the Forum section are solely the opinions of their individual authors.

Pittsburgh’s connection to the environment is one that has been, historically, dire. At one point in the city’s history, the sky was famously filled with so much pollution and soot that it turned black. Even as late as 2008 and 2009, I remember the city cleaning black soot off of various buildings. Certainly, the city has turned around over the decades.

Despite this, Pittsburgh and the greater Allegheny County area continues to have the worst air quality in the nation. One in three children suffer from asthma, which is double the national average.

Through my canvassing experience this summer, I heard multiple anecdotes of people with breathing issues who can’t stay in downtown because the air quality is bad.

Steel companies like U.S. Steel, ArcelorMittal, and ATI Brackenridge continue to break federal clean air laws. Even the effects and benefits of successful lawsuits like PennEnvironment’s lawsuit against ArcelorMittal for breaking clean air laws are diluted by Pittsburgh’s and, more broadly, Pennsylvania’s connection to steel. Just earlier this July, a U.S. Steel plant caught fire in Clairton county. This led to a town hall meeting filled with criticism over U.S. Steel’s lack of regulation.

Pennsylvania is in a very interesting era in terms of environmental policy. On one end, fracking projects across the state have increased, including a recent six-year project in Beaver County, which is just an hour north of Pittsburgh. Allegheny County also still uses lead pipes in a lot of areas. On the other hand, Pennsylvania has introduced a package of bills restricting single-use plastics, and there is a bill introduced by a Republican representative to transition Pennsylvania over to renewable energy by 2050. Both of these bills have bipartisan support and have the potential to be passed despite Republican majorities in both the State House and Senate.

As for why this shift has been coming about, it’s important to examine the changing demographics of Pennsylvania, specifically Pittsburgh. Pittsburgh is shifting away from its industrial roots towards tech, and many people in the city have been disillusioned with industry over the years. Traditionally conservative areas like Mount Lebanon, Fox Chapel, and Ross Township have all flipped purple recently. While canvassing this summer, I found that even more traditionally conservative people were very “environmentally friendly,” contrary to a popular conception that conservatives tend to be more anti-environment.

So even with quite a bit of public support for environmental issues, why is it so hard to get anything passed? The obvious answer is lobbying from massive corporations, but I’d argue there are bigger things that hinder us all. I spoke to the Democrat State Senate Minority Leader Jay Costa, and he was talking about all the initiatives he wanted to take in Pennsylvania for environmental action.

Yet his biggest concern was short-term job growth, which in my experience seems to be a bipartisan concern. For example, I would often get questions like “Wouldn’t banning styrofoam cause lots of job loss?” or “Wouldn’t transitioning to renewables create job loss in the oil sector?” Really, it’s this short-term mentality that drives corporate lobbying and the culture of convenience, stifling any environmental progress we could potentially make.

We can go on about the economics of banning products with negative external effects on society or the logistics of shifting our energy supply to renewables (which will be good only in both the short- and long-term).

Instead, let’s focus on the false narrative, the idea that trying to do any goodwill results in equal loss. It’s not true. In the short term, if we ban things like styrofoam or carcinogenic weed killers, it will create less demand for those products. But it also creates more demand for better alternatives, and when demand for those alternatives goes up, so will the demand for labor in that sector. Right now, the fastest-growing job sector in Pennsylvania is in renewables, and all the traditional industrial sectors are shrinking. So why are we focusing so hard on outdated industries?

The final point I’d like to make is a general point about the fact that people are not rational. In both economics and political science, we like to assume that, but in reality, it’s mostly never that way. That’s why this idea of consumer sovereignty is mostly bogus and why we need incentives and nudges to push people in the right direction. That’s the rationale behind needing strong environmental legislation. People aren’t just going to switch to renewable energy or paper containers or non-gas cars because they know it’s rational to do that. We need legislation to promote these actions.

It’s honestly refreshing and reassuring that postindustrial cities like Pittsburgh and postindustrial states like Pennsylvania are shifting towards more environmentally friendly policies. I am hopeful for the future of environmental policy across the nation and in Pennsylvania, and it will be interesting to see what happens over the next couple of years.