Football at home against Washington and Jefferson 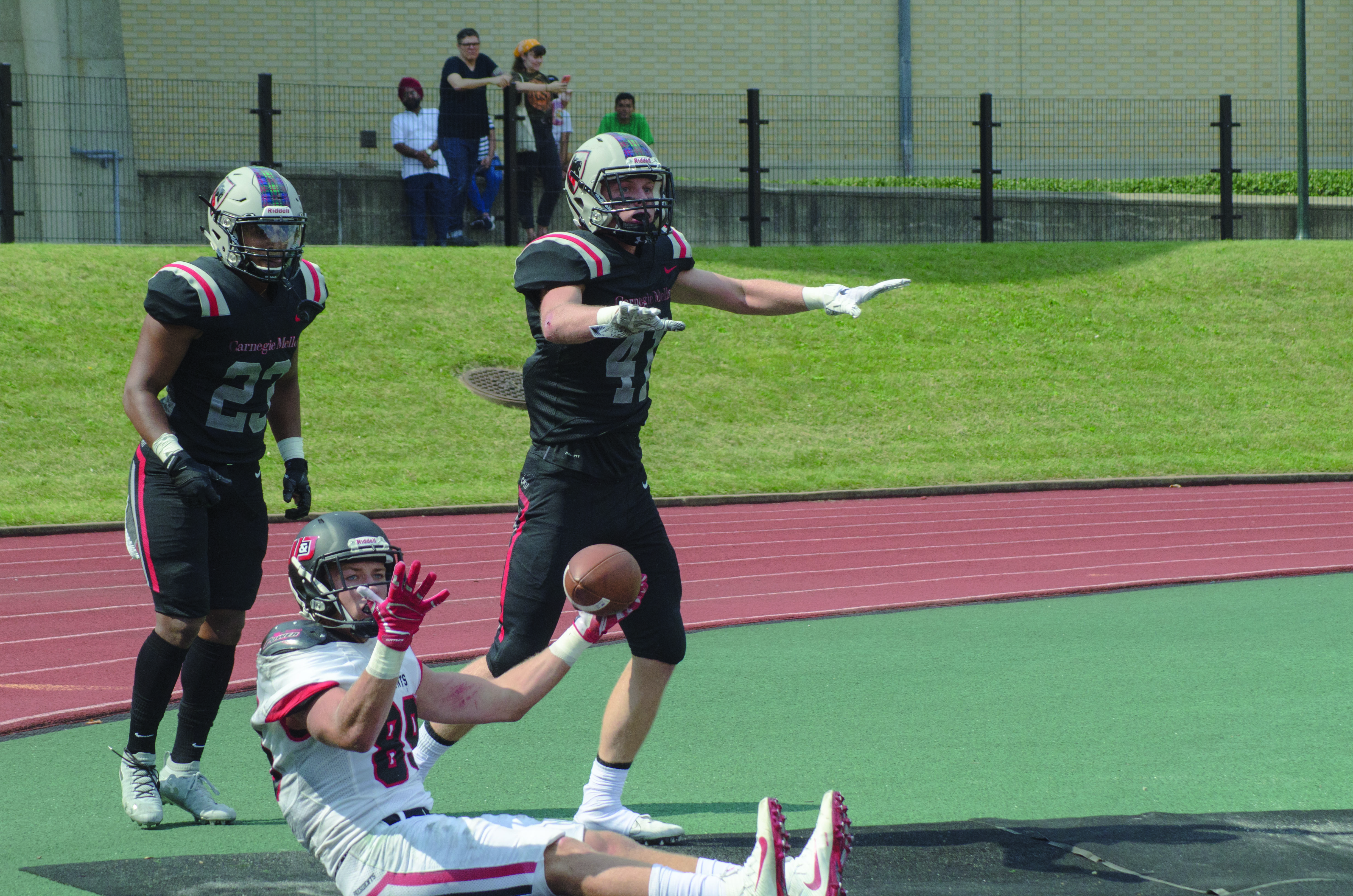 The Tartan football team won their first home game of the season this past Saturday against the 12th-ranked Washington & Jefferson Presidents.

The Tartans are undefeated so far, having won against MIT and Geneva College at their respective campuses the past two weekends. This win against the Presidents is the team's first against a highly ranked opponent since 2003, according to a university press release.

The Tartans pulled ahead with a field goal in the first quarter coming from placekicker Brandon Nguyen. Nguyen brought the Tartan's total to six with another field goal at the end of the second quarter. Nguyen, a sophomore in business administration, has made all of his field goals and extra point attempts so far this season.

Since the game is the Tartan's first this season at Gesling Stadium, half-time featured the first performance this year from the Kiltie Band, who brought their signature levity to fans of the Tartans already in a good mood from the early lead.

Some onlookers watched from the UPMC-sponsored tailgate on top of the garage, choosing to watch the game while eating and playing corn hole. Still others, including many Presidents fans, spilled out of Resnik's Tartans Pavilion, choosing the shady locale over the stadium seats at the temperature climbed into the high 80s.

The Presidents rallied in the high-scoring third quarter, netting two touchdowns to the Tartan's one. The Presidents cleared 94 yards in seven seconds for the second touchdown. However, they never pulled ahead, and the quarter ended with a score of 13-13.

The Tartans brought the game to a close with a final touchdown in the last six minutes, with another throw from quarterback JD Daytruff, finishing the game with a score of 20-13.

The Tartans are set to play Saint Vincent College's Bearcats this Saturday on their campus in Latrobe, PA.