Men's soccer at home against Westminster 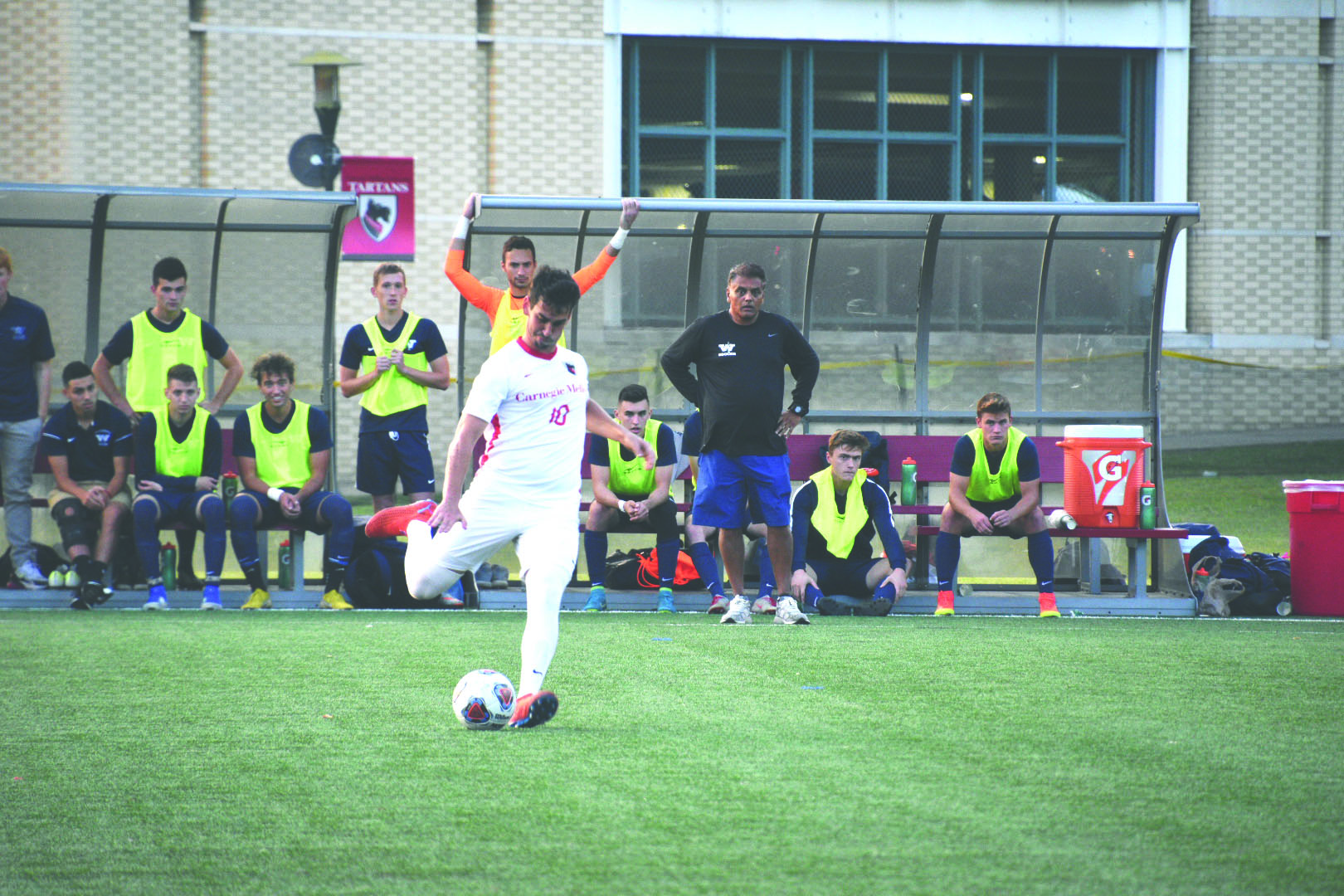 Carnegie Mellon University's men's soccer team scored at opposite ends of the match to cruise to a 2–0 victory over Westminster College on Friday night.

The Tartans scored in the 15th and 77th minutes on goals by juniors Nick Isham and Patrick Kollman, respectively. This put their season marks at two and three goals each, as the Tartans improved to 3–2 overall.

Opportunities came early and often for the Tartans, as they mustered a total of 13 shots on goal compared to Westminster's two. The shots led to a goal shortly into the first half, as the Westminster goalkeeper lost control of a spinning shot that became Isham's second goal of the season. The Tartan offense continued pressing Westminster's defense in the second half and came away with another goal on a low, hard shot into the corner by Kollman assisted by junior Reed Peterson.

On the other side of the field, Westminster struggled to maintain an offense. Despite a charge at the end of the first half, the Tartans blocked shots and had a timely diving save by their keeper, Alex Singh, to maintain a shutout.

"We talked all week about [how] the small things matter," said Carnegie Mellon head coach Brandon Bowman of his team's performance, "They build up to the big things, and I think you saw that tonight."

The men's soccer team is now entering a crucial stretch of games against Allegheny College, local rival Grove City College, and John Carroll University. At just above .500, Bowman hopes his team will build on their play in Friday's win. "We try to focus on how we're playing, and hopefully, the results come with that," he said.