Predicting the time and place of lightning superbolts 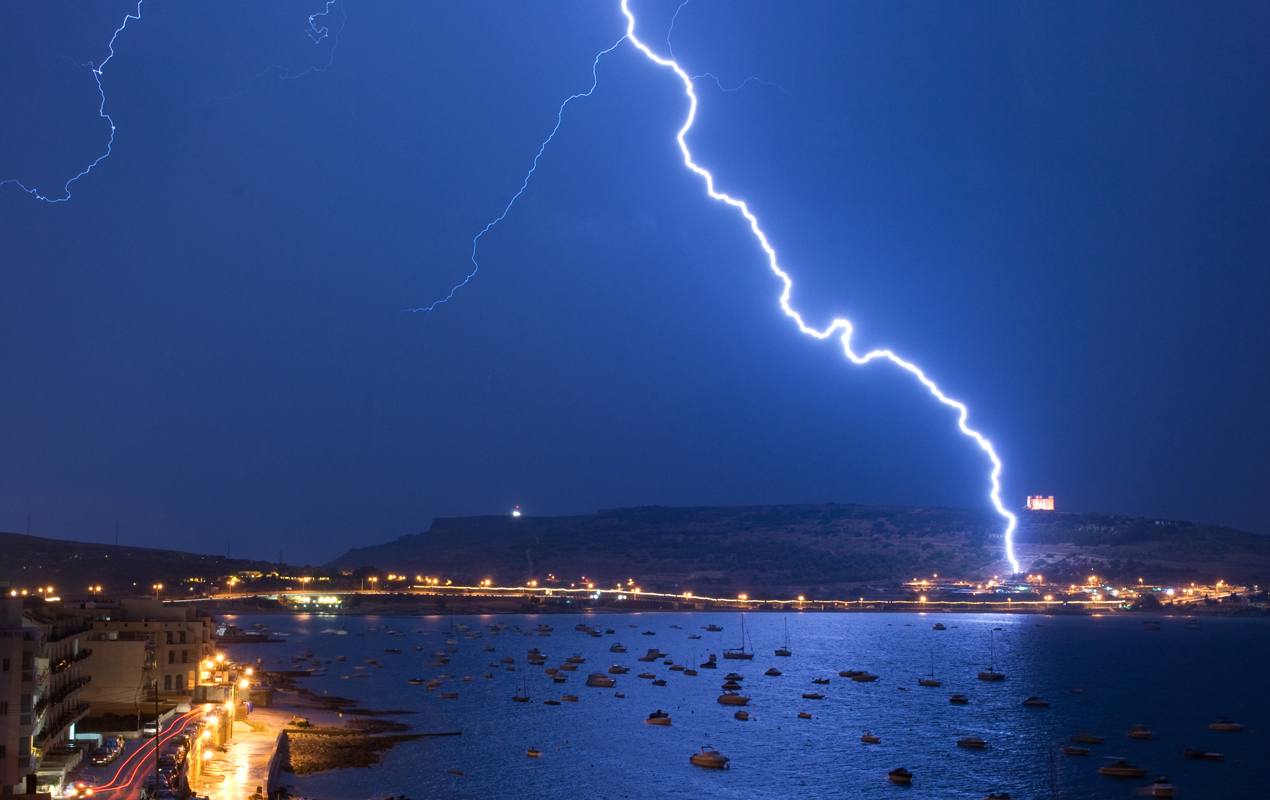 Lightning superbolts contain thousands of times more energy than regular lightning. This study shows that superbolts are usually observed over coastal water while over 90 percent of other lightning occurs over land. (credit: Courtesy of Owen Zammit via Flickr)

University of Washington (UW) researchers recently published a study in the American Geophysical Union’s Journal of Geophysical Research: Atmospheres concerning mapping the time and place of so-called superbolts, lightning bolts which contain thousands of times more electrical energy than normal lightning bolts, according to a UW press release. Contained within these superbolts are one million Joules of electrical energy.

Superbolts and every other kind of lightning bolt are most active in a very low frequency range. With that said, previous research has demonstrated that superbolts typically strike the Earth in a completely different manner from normal lightning bolt — but researchers don’t understand why.

"It's very unexpected and unusual where and when the very big strokes occur," remarked Robert Holzworth in the UW press release, the lead author of the study and professor of Earth and Space Sciences at UW. He has been observing and tracking lightning for 20 years and manages the World Wide Lightning Location Network. This research consortium is managed by UW and is in charge of roughly 100 lightning detection stations around the world, from northern Finland to Antarctica. Having so many stations around the world allows scientists to accurately and precisely observe the time when lightning reaches at least three stations and compare the readings from these stations to discover the size and location of a lightning bolt.

Though the World Wide Lightning Location Network began operation in the early 2000s, this study only looked at 2 billion lightning strokes which were observed between 2010 and 2018. About 8,000 of these strokes (4 millionths of a percent or 1 in 250,000) were confirmed to be superbolts. Holzworth says they only had gathered enough data in recent years to conduct a study.

The authors of the study looked at their own network’s data as well as that of Earth Networks, a Maryland-based company, and the New Zealand MetService. According to the paper, superbolts most commonly strike in the Mediterranean Sea, tropical oceans, lesser hotspots east of Japan, the Andes, and in the northeast Atlantic Ocean. While regular lightning bolts typically hit land, superbolts typically hit water.

“Ninety percent of lightning strikes occur over land. But superbolts happen mostly over the water going right up to the coast. In fact, in the northeast Atlantic Ocean you can see Spain and England's coasts nicely outlined in the maps of superbolt distribution,” stated Holzworth. The average stroke energy over water is greater than the average stroke energy over land — such a dramatic difference was very unexpected.

The time of year superbolts strike is also different from that for regular lightning bolts. Regular lightning bolts typically strike over the summer, with “lightning chimneys” that match up with the times summer thunderstorms occur in the Americas, sub-Saharan Africa, and southeast Asia. Superbolts, in contrast, usually occur between November and February. They are also more common in the Northern Hemisphere although they do occur in the south as well. As of yet, more extensive patterns for superbolts are unknown. In some years, more superbolts occur for unexplained reasons. For example, occurrences of superbolts reached a peak in late 2013. There were also many superbolts in late 2014, but there were far fewer superbolts in later years.

“We think it could be related to sunspots or cosmic rays,” said Holzworth, “but we’re leaving that as stimulation for future research. For now, we are showing that this previously unknown pattern exists.”