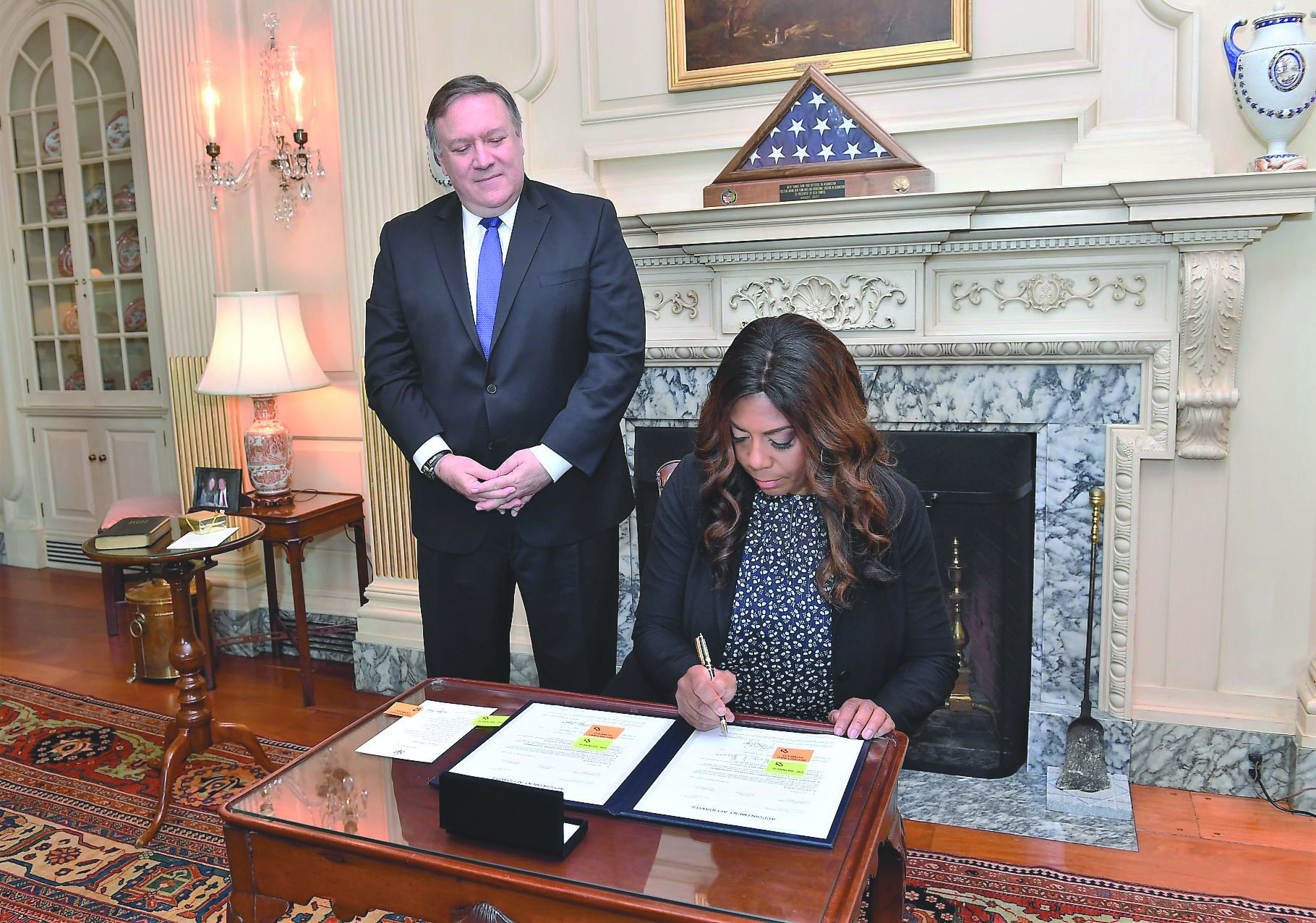 Dr. Kiron Skinner is back on campus as Director of Carnegie Mellon’s Center for International Relations and Politics after she was fired from her position as Director of Policy Planning at the Department of State.

Politico reported that her firing came as a result of an “abusive” management style, but in an interview with The Tartan this week, Skinner denies these allegations.

Skinner had taken a leave from her post at Carnegie Mellon last September to pursue what she called her “first real deep dive into government.” She’s worked as a foreign policy advisor to the George Bush, Newt Gingrich, and Mitt Romney presidential campaigns, and served as part of Donald Trump’s transition team in 2016, but this was her “first real day job” in government, she said in an interview with The Tartan.

The allegations made by anonymous state department sources in Politco include Skinner making homophobic remarks, accusing staff of having affairs, and abusing her authority. Several members of Skinner’s staff had allegedly threatened to quit if she was not fired, according to a senior State Department official.

At the time of her firing, Skinner did not immediately respond to requests for comment. Now, she denies making any homophobic remarks, and characterizes some of the reporting as being “out of context.” “I was trying to build a very different type of office,” Skinner said. “There were people that didn’t like how I was doing things.”

Throughout her career, Skinner says, she’s never been accused of any impropriety. She also notes that no official State Department investigation was made prior to her firing. “You can’t be at an elite university and be a big homophobe,” she said.

Several people came to Skinner’s defense over these reports, including Carnegie Mellon professor and Director of the Undergraduate Economics Program Dr. Carol Goldburg, who told Breitbart News that after working with Skinner for over 10 years, she had “never observed language or behavior that could be considered discriminatory.” Goldburg continued, “As one of the few out lesbians on our campus, I am not tone-deaf to even subtle forms of discrimination such as micro-aggressions, and can categorically state that Kiron Skinner does not engage in such behaviors.”

Skinner says that most of the internal conflict stemmed from her big plans for the Office of Policy Planning. She says she entered an office that had little power, and was “building [it] up from the ground, and also bringing a whole different perspective,” while trying to “build relationships around me,” and “doing it not fully staffed.”

As Director of Policy Planning, Skinner under Secretary of State Mike Pompeo, Skinner was reportedly working to advance Donald Trump’s “America First” foreign policy agenda and to diversify the State Department, with more hires that spoke the language of regions of interest and hires from academia. To this, Skinner says, “I did rub some people the wrong way, but I came from a whole different world.”

Despite her firing from the Trump administration, Skinner holds steadfast to what she calls the “Trump Doctrine” for foreign policy. She characterizes it as “an attempt to match American capabilities to new geopolitical realities.” “When [Trump] calls it America First, he means putting national interest at the center,” Skinner said.

The politics of the Trump presidency address “the anxiety of where we’re going and what we will be,” Skinner said. In the geopolitical sphere, “we just have more to worry about now, which means diplomacy matters more now.”

Skinner stresses that China continues to grow as an adversary to the United States, and mentions that “when you look at China and all those who have nuclear weapons, they’re from the global south.” Because of this, “we need diverse teams of people who are addressing these things,” Skinner said.

Skinner’s comments on China’s expanding power have led to pushback. At a public talk in Washington this May, Skinner said, “this is a fight with a really different civilization and a different ideology, and the United States hasn’t had that before. The Soviet Union and that competition, in a way, it was a fight within the Western family.” With China, in contrast, “it’s the first time that we will have a great power competitor that is not Caucasian.”

This statement led to criticism. A Foreign Ministry spokesperson for China called it “simply absurd and utterly unacceptable.” An op-ed in The Tartan written by a Chinese doctoral student stated, “I am offended by her claim that since China is not a country of Caucasians, it should be treated differently from other ‘white’ countries by the U.S.”

To this, Skinner says: “Did I misspeak? Sure.” The criticism “was really legitimate… it’s a legitimate discussion,” Skinner said. Still, she clarifies that “China is very different than other competitors we have had” and that “we have to take China on its own terms. A lot more seriously.”

Away from the politics of Washington, D.C., Skinner looks forward to leading the Center for International Relations and Politics into the future. She stresses the importance of facilitating the range of classes necessary to give students a “broad understanding of American politics and the international sphere.”

Skinner also looks forward to “growing within the new undergraduate major in Economics and Politics,” a Bachelors of Science degree co-sponsored with the Tepper School of Business coming this fall. It will be the first co-sponsored major within the Institute for Politics and Strategy.

The responsibility to present different ideas to undergraduates cannot be understated, Skinner says. After all, the department is “trying to create the next President of the United States and the next set of cabinet members.”