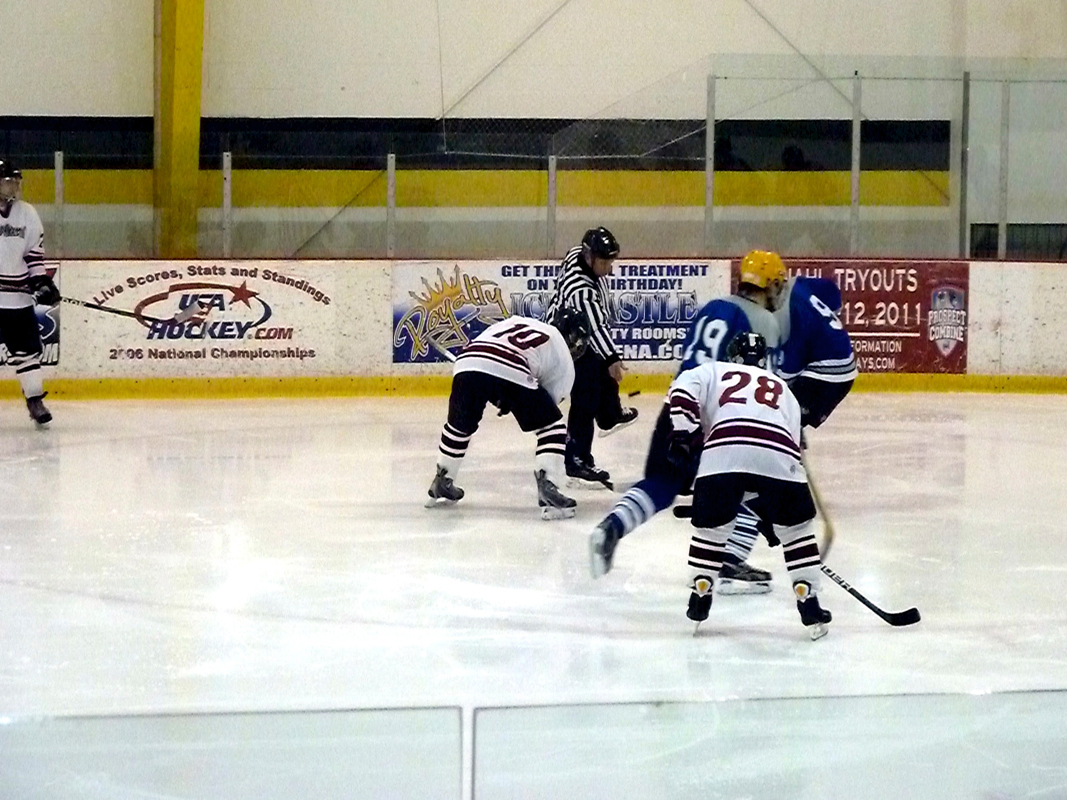 The equipment with which athletes play sports at every level would likely be virtually unrecognizable to those who played the same sport one hundred years ago. Specialized materials and aerodynamic shapes are essential to achieve peak performance with sports equipment.

But one change, sometimes overlooked when thinking about innovation in sports equipment over the past decades is safety upgrades made to protect the people playing the sport. This was the main focus of the second annual "Rethink the Rink" Make-a-thon, held by the Pittsburgh Penguins, Carnegie Mellon School of Engineering, and Covestro, a materials manufacturing company.

Safety in ice hockey became a more prominent issue after the tragic death of three 'enforcers' during the summer of 2011. The NHL settled a suit brought against them by hundreds of former players for $18.9 million in late 2018.

In a press release by the Penguins, President and CEO David Morehouse cited changes in the players themselves that prompted the need for academic innovation around safety on the rink, saying, "players are bigger, faster, and stronger than ever before, and so our challenge is to find new ways to keep them safer and reduce injuries."

The first "Rethink the Rink" Make-a-thon was held last year, and focused on how students could come up with ways to improve the boards and the glass that surround the ice hockey rink, which often take a massive impact from careening players. Students were encouraged to reimagine the materials and designs for these boards, with the safety of the hockey players in mind. Isabel Roscoe, a masters student at Tepper, told the Boston Globe last year that her goal as a Make-a-thon participant was not to dramatically change the sport she loves: "As a lifelong hockey fan, I don’t want the experience to change. I don’t want puck play to change. So it was about getting our team around those issues."

Two students, Alex Duncan, an alumnus who graduated this past year with a master's degree in mechanical engineering, and Ian Suzuki, a junior in mechanical and biomedical engineering, worked this past summer at Covestro to continue to develop the ideas brought up in last year's Make-a-thon. A press release from the Penguins said that the prototypes they developed were manufactured, and then tested at University of Pittsburgh Medical Center Lemieux Sports Complex in Cranberry.

This year, students were meant to focus on the safety gear that players wear, designing prototypes in early March before presenting the efforts of their week of work and receiving awards on March 15. The awards ceremony took place at the same rink where the boards developed at Covestro by Duncan and Suzuki were to be tested.

Most teams focused on redesigning helmets to protect players by reducing the likelihood of brain injury. The team, which included Suzuki, that won the prize for best overall design worked on a prototype which redesigned the helmets that goalies wear, with a focus on making them more absorbent and adaptable to various impacts.

While Carnegie Mellon may not be seen as a traditionally sporty school, though it should be noted that we do have a co-ed ice hockey club, the "Rethink the Rink" partnership with the Penguins has allowed members of the university community to exert a real influence on how hockey might be played in the future.