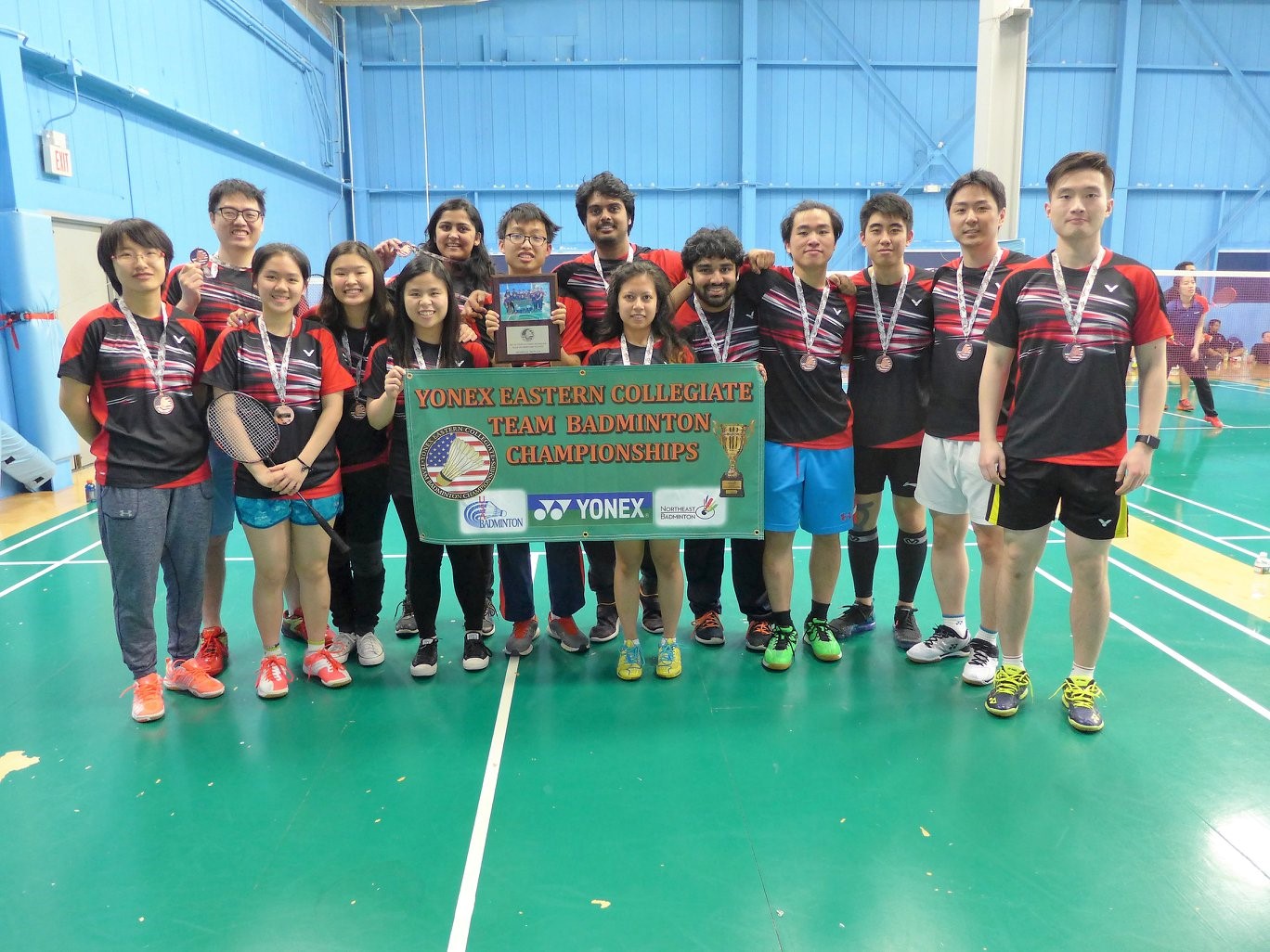 When first-year business administration major Angela Wu arrived at Carnegie Mellon University last fall, she knew she wanted to join the badminton team. After spending her four years of high school on the badminton team, and her senior year as co-captain, Wu wanted to continue that experience in college.

Carnegie Mellon has a long roster of club sport options, from fencing to frisbee to figure skating. The Badminton Club is one of these options, which competes in both fall and spring semesters and travels around the East Coast for tournaments.

The team, which currently has 21 members, practices for six hours a week in Skibo Gymnasium, in addition to optional conditioning workouts some members organize outside of regular practice. But as a club sport, the team doesn’t have an official coach. Instead, two members with the most badminton training put on workouts and organized drills, led by a graduate student, who is substituted with a motivated first-year player when necessary.

“We're a very self-run student organization,” Wu said in an interview with The Tartan. “We take it really upon ourselves to make sure we’re taken care of.”
Wu is Treasurer of the club, and is heavily involved with making sure rental cars and hotels are booked for weekend tournaments outside Pittsburgh.

The club holds tryouts at the beginning of each semester. They participate in two main tournaments, one each semester, of the YONEX Eastern Collegiate Team Badminton Championships. This past weekend, they traveled to New Jersey to compete in the spring event.

Beyond these main events, the club organizes tournaments with other universities they meet, such as Case Western Reserve University, and plan to travel to other universities or host them at Carnegie Mellon. The third type of competition is with private badminton clubs that hold tournaments. The team was recently invited by a club in Ohio, and are planning the necessary travel itinerary for the trip.

For Wu, the Badminton Club has become an important part of her college experience so far. “My badminton friends are my closest friends on campus. They’re more my friends first than badminton people. I’m so happy I found that community on campus. Last weekend, we did karaoke…We’ll just go out to eat after tournaments together, go grab some Fuku Tea.”

While most of the members on the team have some form of official badminton training, Wu did not before joining the club (in high school, she only practiced with the team there). Almost half of the members are graduate students, but many of the leaders are undergraduates, including quite a few first-years. The club is made up of people who are committed to badminton, and first and foremost, simply want to play.

“Commitment is really important, but I wouldn’t want anyone to be discouraged from trying out,” Wu said. “We’re a team and we obviously want people to take the sport seriously...but I would encourage everyone to try out. You have to be committed, but just try it out, and we’d love to have [everyone].”
For more information about the Badminton Club, visit their website at https://thebridge.cmu.edu/organization/badminton-club.